The Power of Memoir

Where does the personal reside in our understanding of history, social issues and human experience? And what does the form of the memoir distinctively illuminate?

In 2018 novelist Tessa McWatt used her residency as an Eccles British Library Writer’s Award holder to work on a memoir on race and story-telling which traced the hybridity of her genetic make-up and the issues of racism she has faced on both sides of the ‘divide’. Her practice-based research is engaged in issues of colonialism and the historical and structural underpinnings of the creation of race and how her personal experience has been embedded in those structures.

On 3 June, Tessa will be speaking at the British Library in conversation with two historians, Sarah Knott and Norma Clarke, chaired by Erica Wagner, to talk about how embracing their own experiences and investing in the memoir form has enabled them to develop and extend their work as scholars and writers.  In preparation for their event, we asked them to given an example of how an historical item from the archive helped inform their projects: Sarah on maternity, Norma on family and Tessa on race. 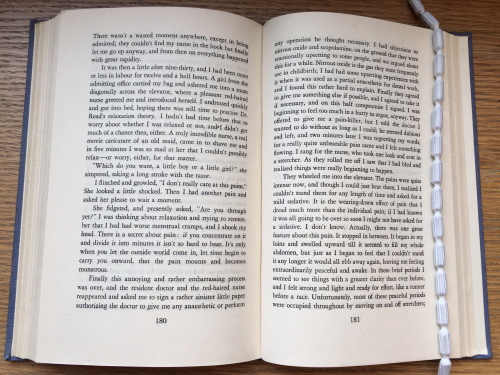 1949 New York. Otis Burger wanted to stop each contraction and see what it felt like. It was odd having an entirely new sensation inside. She had been reading the English doctor Grantly Dick-Read, who thought childbirth should be painless ‒ disliking his determination to reduce women to their biology, but appreciating his tenderness. Her fear was the hospital feeling of being naked, and at the mercy of strangers, like a specimen of some sort. Male doctors were condescending; they seemed to think the difficulty was all in the mother’s mind and that birth was too much of a commonplace for the mother to make such a silly fuss.

Otis Burger wrote her remarkable maternal memoir, An Interesting Condition, some decades before the women’s liberation movement encouraged others to pick up their pens and make maternity properly visible. The book was unusual enough that it was printed not just in her New York but also in London, thus making its way into the hands of ordinary English readers as well as the collections of the British Library. That she published under a pseudonym was some indication of the taboos that needed to be broken.

In writing Mother: An Unconventional History, I plundered personal writings like these to understand past experiences of pregnancy, birth and being with an infant. And I took inspiration, too, from what happens when you think, like Otis Burger, in a memoir form. Blending memoir into history, and history into memoir, I found myself asking questions I might otherwise have overlooked. In bleary sleeplessness and with an infant close at hand, I wondered, what was the history of the maternal night? Or, what were the new sensations of feeling continually interrupted, or hearing the sound of an infant’s cry? I found answers not just in past memoirs but in a host of other kinds of materials to be found in libraries and archives, from leather-bound how-to guides to slave narratives and social scientists’ surveys, to private letters and scribbled diaries. 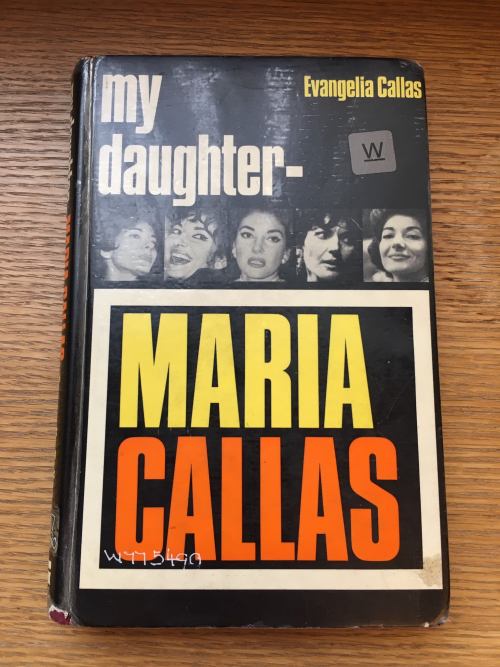 Not Speaking tells the story of a family quarrel and it does so partly through conventional narrative, partly through oral history interviews and partly by means of investigations into literary subjects: Homer’s Iliad with its quarrelling heroes features throughout, Pope’s poem, The Rape of the Lock, has traction (brother hairdressers Nicky and Michael Clarke are at the heart of the story) and Robert Graves and George Sand in Majorca figure because Majorca is one of the settings, along with Athens and London. I had no intention of researching Maria Callas and it was only by accident that she became included. But asking my mother questions about her life as a girl growing up in Athens led me down unexpected byways. The mother of Prince Philip, for example, Princess Alice, had remained in Athens during the war, and spoke very good Greek; my mother admired her. Maria Callas was also in Athens. Maria left Greece in 1945 and turned her back on her mother and sister, declaring that they hated her and she them. The women were no longer on speaking terms. And then I read a quote from Callas that riveted me: ‘I know my mother wrote a book about me, but I never read it.’

Her mother wrote a book about her! Books by daughters about mothers are ten a penny, but books by mothers about daughters? I couldn’t wait to read it. I rushed to the British Library, and within 70 minutes I had in my hands, My Daughter – Maria Callas, by Evangelia Callas (1960). It’s a book that vibrates with fury, and I reflected that Maria was probably right to keep it at a distance, but for me it was revelatory. 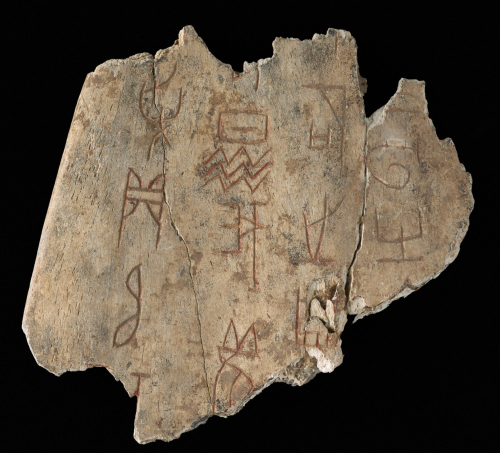 It’s a question I was asked as an eight-year old in a suburban Toronto classroom by my teacher, after the word “Negro” came up in a book the class was reading. It was a word that none of the kids in the room – all ‘white’ except for me -- knew the meaning of.

Shame on Me began as a journey to understand how to answer the question. It looks at all of the strands of my genetic make-up – Scottish, African, English, Irish, Chinese, South Asian -- to find some kind of meaning in biology. But when I began to research the history of race, of the particular ‘miscegenations’ that formed me, it occurred to me that it’s all down to story-telling. I might as well ask an oracle.

Then I came across the Chinese Oracle Bone (dating from between 1600 BC and 1050 BC) in the British Library. I was hooked. I started to frame my book around the idea that ‘knowing’ is storytelling. I saw the Chinese oracle bone as an ancient 23&Me. Diviners used them to answer the elite’s questions about health, birth and death; about crops, the weather; about the outcome of battles or simply whether a particular ancestor was causing a king’s headache. The shoulder blades of ox, sheep, boars, horses and deer, or the shells of tortoises were cleaned of flesh, scraped, polished, and then diviners carved questions into them using a sharp tool. During a divination session, the bone was anointed with blood before questions were posed to ancestors. The diviner then applied such intense heat that the bone or shell cracked, and he interpreted the pattern of the fractures to answer the questions posed.

A bone with the power to provide these kinds of answers would surely provide an answer to ‘What are You?’

Tessa McWatt, Shame on Me: An Anatomy of Race and Belonging (Scribe UK, forthcoming, October 2019) 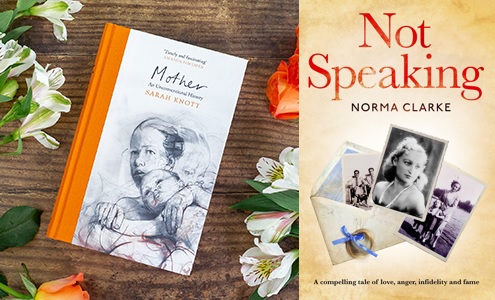 Covers of Mother by Sarah Knott (Penguin Viking, 2019) and Not Speaking by Norma Clarke (Unbound, 2019).

To find out more, join Sarah, Norma and Tessa in conversation with Erica Wagner at the British Library on Monday 3 June. More details: https://www.bl.uk/events/memoir-identity-experience