Is ‘America’s National Pastime’ Up for Grabs?

Professional baseball heads to London later this month with its sacred status in American culture once more in the spotlight. While the two-day series between the historic rivals, the Boston Red Sox and the New York Yankees, was an instant sell-out in London, back home crowds are declining, television ratings are falling and, despite the best efforts to speed-up play, games are dragging-on for longer than three hours - an eternity in today’s era of instant gratification. Those fans that do attend games or watch on TV are older and whiter than America as a whole. On social media Major League Baseball is dwarfed by the sporting behemoths of the NFL and NBA, the fame of baseball’s elite players a fraction of that enjoyed by the global superstars of professional football and basketball. It’s not surprising that each new season begins with commentators questioning whether the so-called ‘national pastime’ is in irreversible decline. 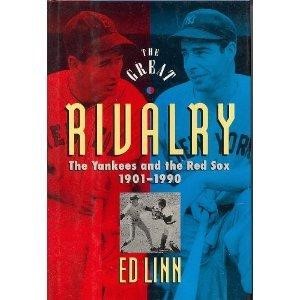 And yet this simple contest of pitcher and batter is this year celebrating its 150th anniversary as a professional sport with its role as an emblem for American culture still jealously defended. Indeed, that very longevity is a source of strength:  baseball’s romanticized all-American creation story, which rejects its origins in the English game of rounders, may now be acknowledged as myth, but it provides the bedrock for its many cultural claims.  Ever since 1919, when the philosopher Morris Cohen first declared baseball a ‘national religion’ which offered ‘redemption from the limitations of our petty individual lives and the mystic unity of the larger life of which we are part’, baseball-obsessed scholars and multiple purveyors of cultural output have offered the game as a lens through which to view the complexities of American history. It is a rural game popularized in America’s industrializing cities; a team sport of democratic instincts soiled by its shameful record of racial and gender exclusion. It captures the essence of American capitalism in the endless struggle between owners and players over the division of its revenues. With baseball’s twentieth century expansion south and west, and the suburbanization of its fan base, it mirrors the march of post-war prosperity into new regions of the country; and all the time it demonstrates its capacity to cater simultaneously to two conflicting strains of the national character - unbridled consumerism and anxiety-fueled nostalgia. 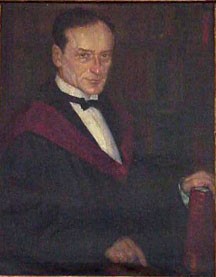 Re-enforcing these connections, a lively stream of cultural output still flows – in literature, language, film and music – which celebrates the continuity of American life and the mythical role of fathers in the generational transmission of American values.  Baseball’s story, so the argument goes, is America’s story

Of course, not everyone accepts these sweeping metaphorical claims – the baseball historian Daniel Nathan has lamented the sentimentality, ignorance and nationalism that ‘becloud our sense of baseball history and reality’. In baseball, Nathan asserts, romance has obscured the reality of the commercial and cultural onslaught from America’s other big sporting beasts. Similarly, Edward White has complained of the ‘unfounded assertions, rampant over-generalizations and exercises in wish fulfilment’, made by baseball’s scholarly and media boosters.

So which side is right in this long-running battle over cultural inheritance? Is the label of America’s ‘national pastime’ up for grabs, or was it surrendered long ago? These issues will be debated in a special event at the British Library, Take Me Out to the Ballgame: Baseball and American Culture, on Friday 28 June, 19.00 – 20.15, the eve of the Red Sox-Yankees London series. Taking part in the panel discussion will be distinguished baseball writers, baseball historians and past-practitioners of the game, with the event chaired by Matthew Engel, the eminent cricket writer, now a wholehearted convert to America’s game: https://www.bl.uk/events/take-me-out-to-the-ball-game-baseball-and-american-culture

Editor's notes: Chris Birkett is undertaking postgraduate research on the Clinton presidency and baseball at King’s College London, where he is a Professor Sir Richard Trainor Scholar, supported by the Eccles Centre at the British Library. The British Library is the home to the Mike Ross Collection of baseball books and memorabilia which contains more than 300 items relating to America’s national pastime.