We are delighted to share the following blog by Jamie Gemmell. Jamie is a third year undergraduate at the University of Edinburgh and was awarded a Carnegie Vacation Scholarship to produce a partial digital edition of James Knight’s “History of Jamaica”, focussing on its account of the social and cultural aspects of enslaved Africans. He recently presented his work at the British Library as part of the Eccles Centre's Summer Scholars season.

Here is the blog:

When I first came across James Knight’s “History of Jamaica” (1742) I was unsure what I would find. Historians have often neglected British Jamaica during the early eighteenth century. Instead, they have focused on the later seventeenth century, when the British conquered and established themselves on the island, or the later eighteenth century, when the slavocracy was at its peak. This meant it was difficult to have any expectations about Knight’s manuscripts, although it did provide an opportunity to develop new insights. 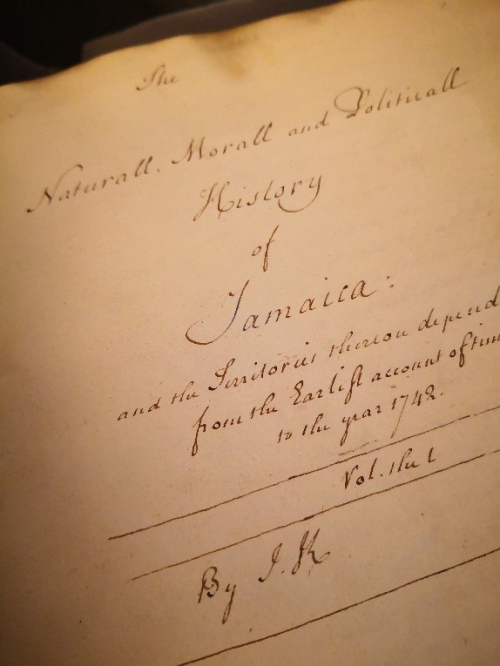 My primary concern was to see whether Knight could provide new information on the debate surrounding the origins of enslaved people’s cultures. Following a first read, I was disappointed. Like most European planter-historians, Knight’s primary focus was on the political debates between the metropole and colony or great acts of piracy committed by the likes of John Davis or Henry Morgan. I began to realise why most historians of Atlantic slavery begin their analyses by discussing the fragmentary nature of the evidence.

However, whilst Knight was by no means concerned with enslaved people, they appear throughout the manuscript. In the first volume, predominantly a narrative history of the island dating from the Spanish discovery, Knight described several rebellions by enslaved people as well as a relatively detailed account of the Maroons, communities of people who had escaped slavery. For Knight, the leader of the Leeward Maroons, Cudjoe, was a “very sensible fellow,” whilst the enslaved people who rebelled at Guanaboa in 1685 were “desperate Villains.” 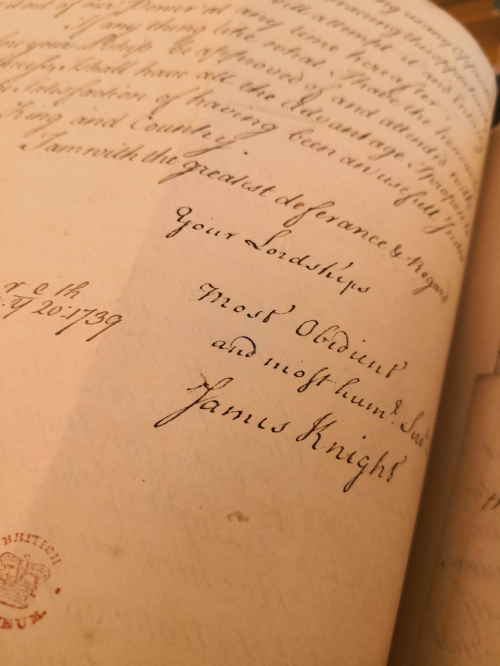 The second volume takes the form of an ethnography, covering subjects ranging from the climate to the legal system in Jamaica. Knight dedicates a significant portion to his views on enslaved people within the chapter describing the inhabitants of Jamaica. He discusses enslaved physicians, and advices Europeans to learn their “many secrets.” He embarks on a long discussion of slavery, fighting accusations of the “Inhumanity of and Cruelty of the planters,” which may prove useful to scholarship in the way that it deals with early criticisms of slavery. For my own research, Knight’s description of the traits of the various African ethnic groups proved most pertinent.

Despite not being Knight’s primary focus, his manuscript raises new questions about enslaved cultures. Currently, the historiography has been primarily concerned with tracing cultural connections between enslaved groups in the Americas and specific regions of Africa. Over time significant research has been undertaken, such as James Sweet’s work on Portuguese Brazil.[1] After reading Knight’s manuscripts, I believe new questions can be raised. It seems inappropriate to accept Knight’s links between ethnicity and behaviour. Instead, further work must be done to understand the origins of these stereotypes and how they functioned in the European worldview. If we can grasp why Knight thought it pertinent to associate “particularly Eboes” with suicide or “Angolas” with the consumption of human “flesh,” we may come to a greater understanding of how the system of Atlantic slavery maintained itself.