It turns out there really is a celebratory day for everything (yes, we’re still enjoying yesterday’s International Cat Day moment), and 9 August is no exception. Happy Book Lovers Day!

To pay homage, Team Americas, Australasia and Eccles has picked a few much-loved books to share. Some have played an admirable role in guiding us on the various paths that have led us to the mothership that is the British Library, while others have been part of the discoveries made journeying through, and adding to, the vast and varied collections held here. Of course some heads starting to smoke at the thought of picking just one favourite book each, so this is a carefully selected array of those we love from our individual, rather long (and always growing) lists.

We’re confident that there will be another book-related annual festivity just beckoning for a blog in the not-too-distant future – look out for it as we shoehorn in the ‘ones that got away’ from today’s offering.

‘I came across Populuxe as an MA student and found it completely alluring. It has a beautiful pink binding and silvery blue lettering. Not many of the academic books I was reading at the time had such welcoming covers! The book is an examination of American material culture in the 1950s and ‘60s. As someone long fascinated by popular culture, its analysis was a revelation to me and helped me understand how everyday objects could be imbued with meaning. I had a literature, rather than a design or art history background, and Hine’s book helped me develop my critical thinking about material culture and the built environment. But also, it is just so much fun to read and I love poring over the fabulous illustrations.’ 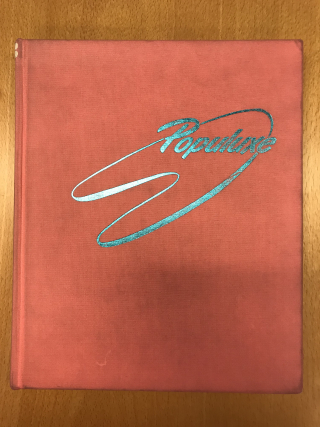 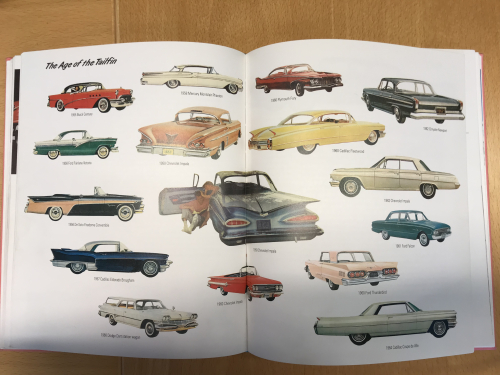 Book: A Confederacy of Dunces by John Kennedy Toole

‘There are few books which make me laugh out loud, fewer still that make me cry with laughter. A Confederacy of Dunces is one of these books. The main character, the irascible, gluttonous, and completely hilarious Ignatius J. Relly, is a wonderful creation, and following his picaresque search for truth, meaning, and the perfect hotdog is an unrivalled delight. There are all sorts of literary and philosophical allusions to unravel if you so wish, including references to the works of Boethius, Aquinas, François Rabelais and Jonathan Swift. If, however, you just want to sit back and enjoy the ride through the backstreets and dive bars of 1960s New Orleans, there is no better driver than Ignatius and his creator, John Kennedy Toole.’ 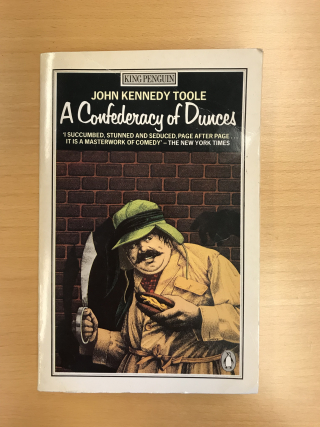 Hotdog with a side of sword. A Confederacy of Dunces by John Kennedy Toole (Louisiana State Univ Press, 1980) 81/6110

‘I like to read poetry in the summer holidays, especially after lunch when time goes slower and you can put the book down after each poem and leave the words floating in the air. This year I have loved Nancy Morejón’s Elogio y Paisaje, a book containing two poetry collections, Elogio de la danza (Ode to Dance) and Paisaje célebre (Famous Landscape).  Morejón (Havana, 1944) is perhaps the most prominent voice of Cuban poetry today, as well as a translator and a scholar of the poetry of Nicolas Guillén. For English speakers, a bilingual edition of her poems, Looking Within: Selected Poems, 1954-2000 = Mirar adentro: poemas escogidos, 1954-2000 is available at YC.2003.a.20176.’ 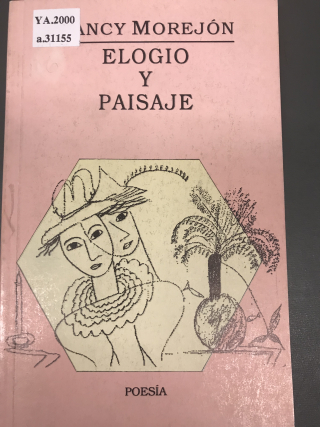 Book: Restricted Images: Made with the Warlpiri of Central Australia by Patrick Waterhouse

WARNING – Members of Australian Aboriginal and Torres Strait Islander communities are respectfully advised that a number of people mentioned in the text and depicted in the images of this publication have died.

‘This book has always stuck in my mind and is one that has since influenced my own practice as a curator. Over many trips to Warlpiri country in Central Australia, British artist, Patrick Waterhouse, photographed members of the Yeunduma and Nyirrpi Aboriginal communities, and then invited them to restrict and amend their own images using traditional dot painting. The project was an attempt to return the agency of their representation to the Warlpiri, whose images were used without consent and regard to their cultural beliefs in the 1899 book, The Native Tribes of Central Australia. The result is a compelling conversation about the power dynamics in photography, particularly in the colonial narratives which still dominate our library collections today.’ 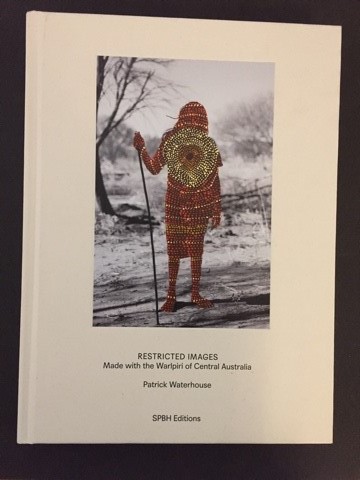 Front cover of Restricted Images: Made with the Warlpiri of Central Australia by Patrick Waterhouse (London: SPBH Editions, 2018) YC.2019.b.1013 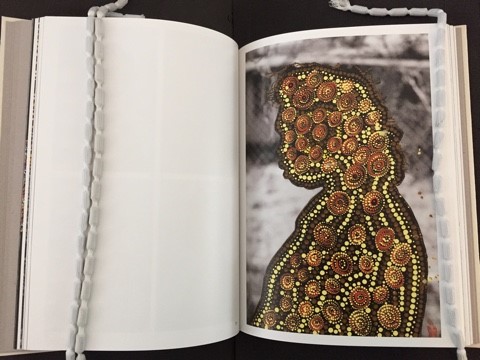 A portrait from Restricted Images: Made with the Warlpiri of Central Australia by Patrick Waterhouse (London: SPBH Editions, 2018) YC.2019.b.1013

‘One of my favourite items is John Josselyn’s New England’s Rarities Discovered, which was published in London in 1672. Josselyn first visited New England in 1638 and, armed with the 1633 edition of John Gerard’s Herball, he spent a decade examining the “birds, beasts, fishes, serpents and plants of that country”. He was particularly interested in the plants used by the native population to “cure their distempers, wounds and sores”. Although its small size and rough and ready woodcuts give the impression of rather rustic work, Rarities was cited by Linneaus. Together with Josselyn’s second work, Account of Two Voyages to New England (1674), it remained the most complete summary of North American flora for more than a century.’ 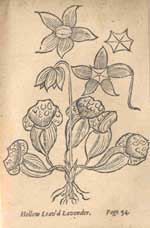 Flora: an illustration from New England’s Rarities Discovered by John Josselyn (London: For G. Widdowes, 1672) 435.a.5

‘I resisted the temptation of pointing to Edgar Allen Poe again and have chosen to shine a light on The Scarlet Letter. It was during my first semester as an undergraduate that I was introduced to this book. It opened my eyes to a whole new world of historical American fiction. Enraptured by the story of Hester, and how her experience grapples with the ‘romance’ the novel claims to be on its title page, my love of North American literature stems, in part, from this book. Some years later I read The Handmaid’s Tale and was struck by the similarities you can draw between the two – it’s probably no surprise that this is also a favourite on my bookshelf (but we can save that for another day). This second edition has the opening note from a previous owner: “You will be much pleased with Hawthorne.” And much pleased I was.’ 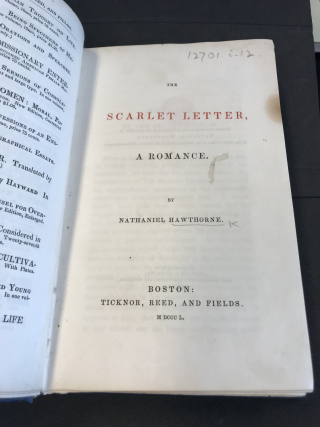 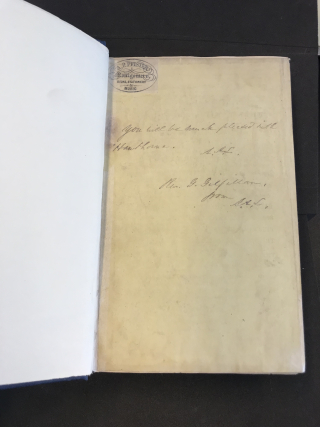 'You will be much pleased with Hawthorne': a note from the previous owner