From the Collections: Pacific 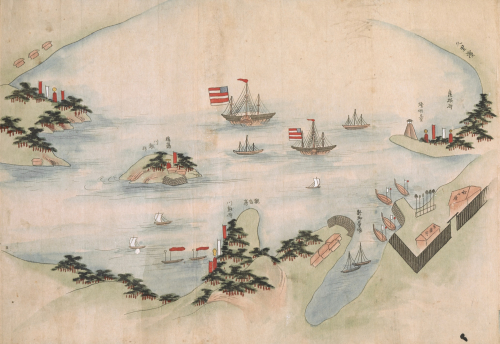 A Japanese manuscript illustration of Commodore Perry's ships, BL: Or.16453.

I have been fortunate in my career to be asked to write not one but two books by British Library Publishing (BLP). The second of these, released on Monday, is Pacific: An Ocean of Wonders and it draws from work on the collections I was fortunate to do while variously curating the Australasian, Canadian and United States collections.

The origin of the book lies in Lines in the Ice, my first with BLP, which raised a question, what was it about the Pacific that was so important people were prepared to risk freezing temperatures, starvation and death in order to find an Arctic passage to the ocean? During my subsequent work with the collections I had various opportunities to get glimpses into the why of this, trade, politics and power being the most significant parts of any answer. Through this research, however, something else became apparent, that the agency, influence and continuing significance of islands in and around the Pacific Ocean is often undervalued. These places, upon which narratives about sailors such as James Cook are most often constructed, should in fact be the focus of our attention in and of themselves. As with many before me, I am indebted to the writings of Pacific scholar Epeli Hauʻofa whose argument that the interconnectedness of the islands of the Pacific and their cultures is key to understanding the human history of the ocean at large. 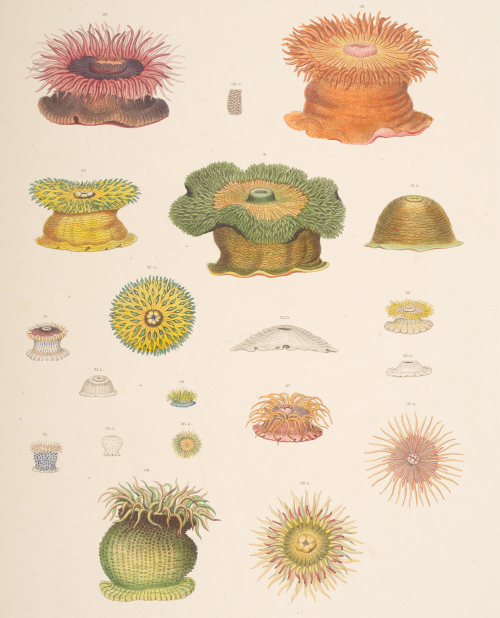 Above: One of J. C. Dana's many plates depicting Pacific corals, from the atlas of the United States Exploring Expedition, BL: 14000.i.

Hauʻofa’s work shaped the focus of Pacific and led to its broad scope which traces a history through and around islands across the whole expanse of the ocean. What made this possible, ultimately, is the collections of the British Library. The book does use materials from elsewhere, generously provided by the Library of Congress, David Rumsey Map Collection and other institutions, as well as extremely helpful individuals, not least Bob Patterson and Lawrence Paul Yuxweluptun, but the core of the book draws from the Library. As the old promotional line used to say, the British Library is, ‘The World’s Knowledge’, a vast, polyglot and interconnected collection that provides access to myriad historical and cultural perspectives. Pacific therefore draws not just from the printed books, manuscripts, maps and other collections from North America and Australasia, it also utilises collections relating to China, Japan, Indonesia, Malaysia, the Netherlands, Russia, Spain and many others.

Which brings me, eventually, to the point of this post. Despite my career as a curator I would not have been able to find many of the wonderful, insightful items used in Pacific without the help of my curatorial colleagues. That being the case, this post is a public thank you to them. Very (and I mean very) few things in a public collection are ‘discovered’, almost everything held has been through the hands of cataloguers, stampers, conservators, curators and many other colleagues who, in different ways, know these collections intimately. Non-specialists in their areas (myself included) may often forget or miss what is held in institutions like the British Library, but they know the collections intimately and are our remote (through catalogue records, and so on) and direct guides. For Pacific, I am particularly grateful to Hamish Todd and colleagues for their help with the Library’s Japanese collections, as well as Nick Dyke for the tireless cataloguing work he and his team have done on modern maps. On top of this, colleagues across the Western Heritage, Asian and African and Americas and European Collections, as well as our teams working on cataloguing, placing and in the reading rooms all had a hand in making this book possible. 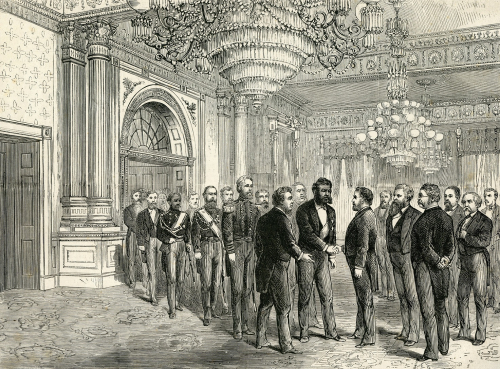 All of which is to say that this book, like most other research conducted in libraries, archives and so on, is a huge work of collaboration that would be impossible without all the often unattributed hands that go into making the research underpinning it possible. And it doesn’t end there, the British Library Publishing team, including editor Abbie Day and picture editor Sally Nicholls, their designers, copy editors and proof readers, the Library’s Events team, our Shop and many, many others all played a huge part in getting the book made, completed and into the hands of the public. So, really, this is less a post to promote Pacific and more an acknowledgement of all the people who bring a project like this to completion. Everyone who worked on the book and cares for the collections it displays had a role in bringing it to completion and we should all have our names on the front cover.