To mark Black History Month, we have selected a few items from our collections which highlight significant moments in black history around the world. The British Library will also be hosting Caribbean Fest events on Saturday October 19th 2019 including poetry, food and performance. 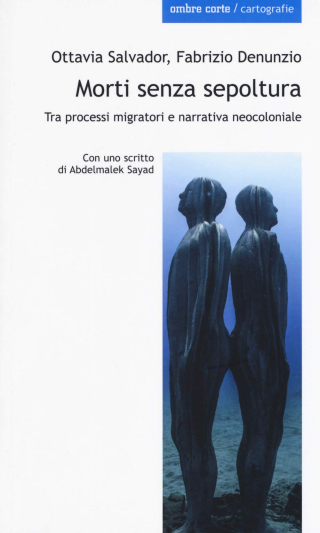 Migrations in the Mediterranean are the subject of a lot of Italian books at the moment. I chose this title because the authors don't shy away from holding neo-colonialism responsible for the immigration process. The title 'Dead without Burial' evokes the horror of dying in a foreign country, in exile, often without a grave with a name on. Like French sociologist Abdelmalek Sayad (more from him, also in English in our collections) says in the essay in the appendix, the way a country treats a foreigner who dies on its soil says a lot.

John Michael Vlach, Back of the Big House: The Architecture of Plantation Slavery (Chapel Hill and London: The University of North Carolina Press, 1993). q93/15775 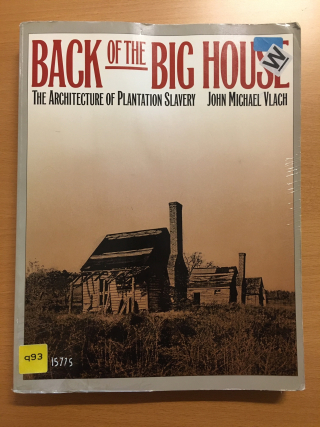 Cover of: John Michael Vlach, Back of the Big House: The Architecture of Plantation Slavery (Chapel Hill and London: The University of North Carolina Press, 1993). q93/15775 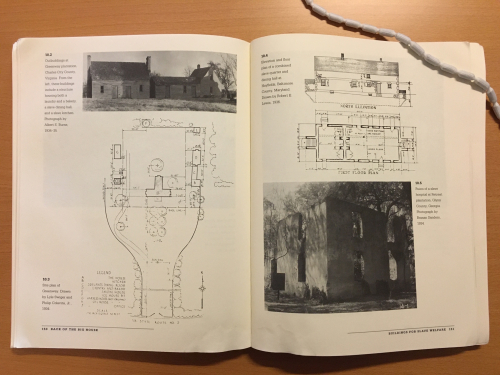 Inside pages of: John Michael Vlach, Back of the Big House: The Architecture of Plantation Slavery (Chapel Hill and London: The University of North Carolina Press, 1993). q93/15775;

This book made a deep impression on me when I first came across it as part of an MA course on the built environment in America.  I was impressed by how thoroughly Vlach managed to bring the lived experiences of the enslaved into sharp focus through the architectural landscapes they had inhabited.  As he says himself in his Preface his “main objectives here are first to describe, in broad terms, the architectural settings of plantation slavery and then to suggest some of the ways in which black people may have transformed those architectural settings into places that best served their social needs” (p.x).  The major source for the visual material in the book is the Historic American Buildings Survey (HABS).  Originally founded in 1933, it still operates as a division of the National Parks Service.  During the 1930s and later, HABS teams documented large numbers of slave buildings and associated spaces and Vlach uses these photographs and plans to great effect in his book.  These are then complemented by another Depression-era source, the oral histories of formerly enslaved people conducted by interviewers for the Federal Writer’s Project.  As Vlach explains “My description of the architecture of slavery thus meshes information from two archival projects that have been separated for more than half a century” (p.xiii).  I found this mixture of first-person accounts, as well as other archival evidence (business records, personal letters etc), with the structures that had shaped people’s everyday lives to be incredibly evocative.  I came away from the book with a deeper understanding of the importance of vernacular spaces to historical enquiry, as well as more especially a better understanding of the way the built environment shaped, and was shaped by, the lives of enslaved African-Americans and their white overseers and owners.  I’ve found myself thinking about this book often over the years, especially as discussions around how to more fully represent the experiences of enslaved people have come to the forefront in heritage and tourism contexts (for example, the incorporation of slave buildings and stories into the interpretation offered to visitors at plantation sites in the US, most notably at Thomas Jefferson’s Monticello home).

For more information on Federal Writer’s Project holdings at the British Library, including the accounts of former slaves, see the guide prepared by my Eccles Centre colleague, Jean Petrovic. 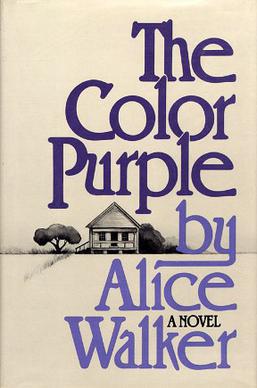 I was introduced to the The Color Purple while in my first year as an undergraduate at the University of Nottingham. It was like nothing I’d read before, in both voice and content. I’d never encountered a character like Cecile, nor the abuse she endures in a novel, and I remember being interested in the contrasting ways the various females in the book are portrayed. Told in an epistolary format as Cecile writes to God, she tells of the horrors she suffers at the hands of her father and later her husband, and the life that eventually leads her to Shug – a woman who opens her eyes to a different way of living. The Color Purple won the Pulitzer Prize in 1983 and frequently features on lists of banned or contested books (see more of these on our Banned Books Week blog). 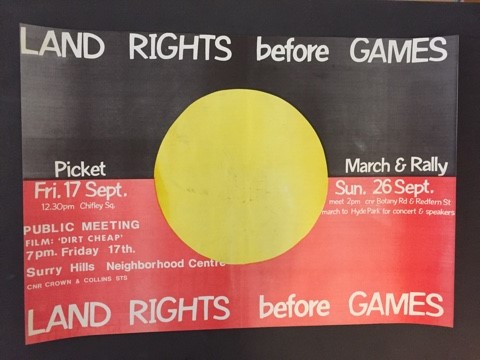 This poster represents a key piece of 20th century campaign material in Australian history. The 1982 Commonwealth Games in Brisbane were the focus of a series of protests from Indigenous Australians who aimed to bring the issue of land rights to the international stage. The campaign called for rights over indigenous lands in Queensland and control over mining in those areas. The Queensland premier at the time, Joh Bjelke-Peterson, declared a state of emergency and banned street marches during the games. Yet around 2000 people still took to the streets of Brisbane on 26th September in support of the campaign and in protest of the continuing oppression of Indigenous Australians. Further sit-ins and marches were held throughout the games with hundreds of arrests made by police. The protests gained international attention and remain a significant moment in the indigenous civil rights movement in Australia. In 2012, the State Library of Queensland held an exhibition called 'State of Emergency' to mark the 30th anniversary of the protests.