Women and Buddhism in the United States

As many readers will know, the British Library’s Buddhism exhibition has just opened to hugely positive reviews. More than 120 items are on display, ranging from sacred texts written on tree bark, palm leaves and gold plate to stunning silk scrolls, illuminated books, historical artifacts and ritual objects used in Buddhist practice today. The items span 2000 years of history and, not surprisingly, most of them are Asian in origin.

Yet, the history of Buddhism in the United States is also fascinating and multi-layered. On one hand it includes traditional narratives of migration and assimilation on the part of those who moved there first from China, and then later, Japan, Korea and other countries in East Asia. On the other, it is also intimately – and perhaps, uniquely – entwined with the counterculture and ‘alternative’ Americas; with Transcendentalism, the Beats and hippies. 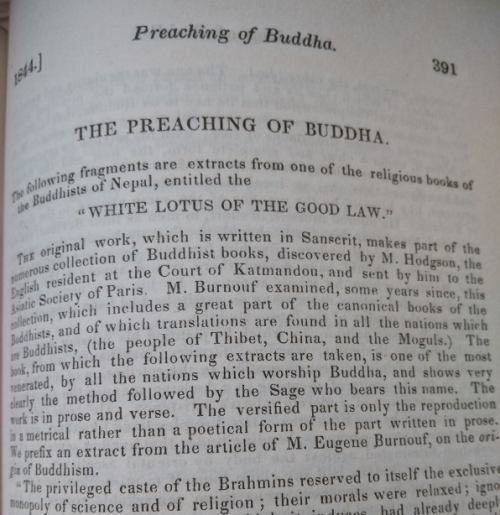 Perhaps not surprisingly, this was not the first time that The Dial – founded in 1840 and subtitled ‘A Magazine for Literature, Philosophy, and Religion’ – had published extracts from non-western writings. In July 1842, with Ralph Waldo Emerson at the helm, the journal had launched a column it later called ‘Ethnical Scriptures’. Jointly organised with Henry David Thoreau, the purpose of the column was to share ‘a series of selections from the oldest ethical and religious writings of men, exclusive of the Hebrew and Greek scriptures.’ 1 In his announcement, Emerson fervently expresses his hope that the world's bibles will soon be collated, thereby bringing together ‘the grand expressions of the moral sentiment in different ages and races, the rules for the guidance of life, the bursts of piety and of abandonment to the Invisible and Eternal.’ 2

‘Ethnical Scriptures’ appears in The Dial nine times between July 1842 and April 1844 and includes selections from Indian, Persian, Chinese, and Egyptian sources. Unlike these other selections, however, the passages from the Lotus Sutra are not preceded by a commentary by Emerson or Thoreau. Instead, under the title ‘The Preaching of Buddha’, they begin with an extract from an article about the origins of Buddhism by the French scholar, Eugène Burnouf.

Burnouf, who is now regarded as the founder of Buddhist Studies, was at this time working on a translation of the Lotus Sutra from Sanskrit into French. To do so, he was using Nepalese manuscripts that had been sent to him by Brian Hodgson, a pioneer naturalist and ethnologist and an officer in the British East India Company. Burnouf's complete translation of the Lotus Sutra was published posthumously in 1852. However, in April and May 1843 he submitted two essays about Buddhism to La Revue Indépendante, a periodical edited in Paris by George Sand. Both essays included extracts from his translation, and it is these that provide the source material for ‘The Preaching of Buddha’.

Until quite recently, The Dial's translation of this material from French into English had been attributed to Thoreau. Now, however, it is widely credited to Elizabeth Palmer Peabody. Scarcely known today, Elizabeth Peabody was born into one of New England’s oldest families. Like her sisters, Sophia and Mary – who respectively married Nathaniel Hawthorne and Horace Mann – she had a reading knowledge of multiple languages, including Greek which she learned as a teenager alongside Emerson. She was an early advocate of Transcendentalism and one of only two women in The Transcendental Club; the other being Margaret Fuller. She also pioneered the kindergarten movement in the United States and was one of the nation’s first female book printers.

In 1840, supported by a wealthy backer, Peabody founded the ‘E. P. Peabody Book Room and Foreign Library’ at the family home on West Street, in the South End of Boston. 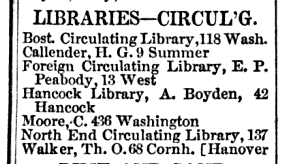 The Book Room quickly became a rendezvous for the Transcendentalists. Many of Margaret Fuller’s ‘Conversations’ were held here, and it was from here that Palmer printed later issues of The Dial and fought to keep the magazine financially afloat. The Book Room was also the first store in the United States to handle French and German periodicals and the first to establish a circulating library of foreign books and periodicals. For $5 per annum, subscribers would receive access to more than 900 titles.

Both as a business woman importing periodicals such as George Sand’s Revue, and as talented linguist at the heart of the Transcendentalist community and Boston’s cultural elite, Elizabeth Peabody was perfectly placed to translate a Buddhist text into English, possibly for the very first time in the world. That she is now receiving credit for have done so, is a surely a cause for celebration.