One more step along the road I go: Tracking the first three months of my Chevening Fellowship

My first day in the UK saw me meeting with some individuals at the British Library who are integral parts of my one-year journey. I met with Jody Butterworth, curator for Endangered Archives Programme (EAP), Phil Hatfield (Head Eccles Centre for American Studies), James Perkins (Former Research & PG Development Manager British Library), Kola Tubosun (Chevening Fellow from Nigeria) and Mark Ashe (Chevening Programme officer).  I was given a detailed programme overview and a warm welcome to both the British Library and the UK by everyone. 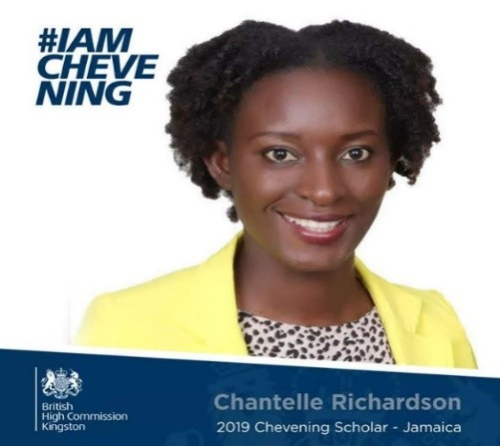 My journey in libraries began over four year ago. I entered the Library world somewhat by chance. I can safely say that this profession chose me. When I graduated from the University of the West Indies Mona, I was given my first Job at the National Library of Jamaica. I worked as a cataloguer for a year, where I managed serials and legal deposit publications. I later moved up to Special Collections.

Since working in Special Collections, I have had the great pleasure of expanding my skillsets. I not only catalogue but do reference and research work as well. My daily tasks involves me working with manuscripts, maps, photographs, postcards and newspapers. I also help to interface with researchers from all walks of life, which is the very best part of my job.

I was always looking for ways to make progress both personally and professionally.  During a general staff meeting at the NLJ our CEO, Miss Beverly Lashley spoke about the Chevening British Library Fellowship. She spoke briefly on the requirements and stated that the Library would give support to any staff member who applied. After the announcement I logged into my Chevening application portal and looked on the Fellowship option that was in my profile. Prior to Miss Lashley’s announcement I was well on my way in applying for a Chevening scholarship to study in the UK. Ever since I graduated from the UWI I aspired to continue my studies aboard. I had researched many opportunities for studies, however none was as comprehensive as the Chevening awards.

After many weeks of perfecting my essays I submitted two applications one for a Chevening Scholarship and the other for a Chevening Fellowship. Months passed and my anxiety was high, I was however mindful that whatever was for me would always be at the right time.  After receiving numerous emails, meetings and interviews I got the life changing news. I was selected as one of 19 Chevening awardees from Jamaica and was the only Fellow.

After receiving the good news I began my preparations to live and work in one of the world’s most diverse countries. 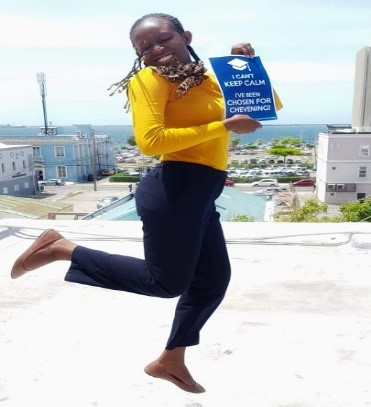 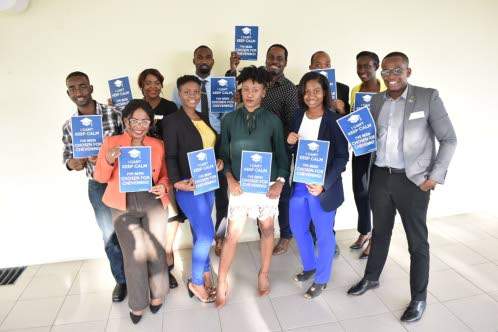 My Fellowship involves working with the Eccles Centre for American Studies and EAP departments. I will be doing research on digitized archives from Latin America and the Caribbean, engaging with local and international archival partners, organising, and promoting the activities of both departments.

Additionally towards the end or immediately after my fellowship I will Identify and liaise with a local partner institution in the Latin America and or Caribbean region to manage an Eccles funded conference. 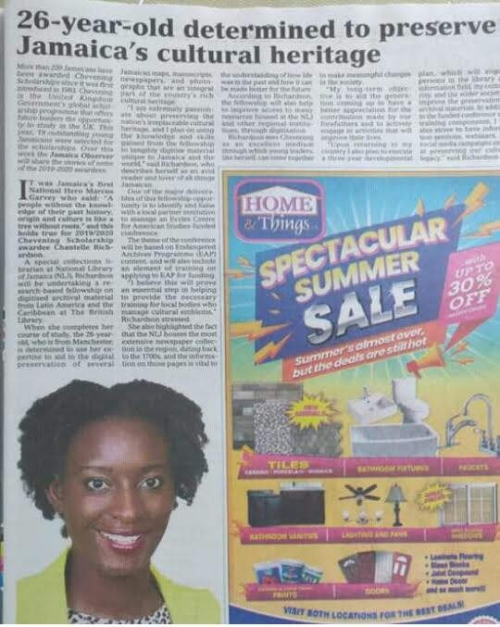 Newspaper article on the focus of the fellowship

One of the most gratifying experiences about my fellowship is that I get the unique opportunity to work with two of the British Library’s best departments. The Endangered Archives programme (EAP) facilitates the digitisation of archives around the world that are in danger of destruction, neglect or physical deterioration. Funding comes from Arcadia, a charitable fund of Lisbet Rausing and Peter Baldwin. Since its inception, EAP has provided grants to more than 400 projects in 90 countries worldwide, in over 100 languages and scripts (Endangered Archives Programme).

The Eccles Centre connects users to the British Library’s Americas collections.  They facilitate a wide range of programmes and events. Some of which include visiting Fellowships, Writer’s Award and Congress to Campus programme. The centre also compiles study resources designed to help exploration of the British Library's Canadian, American and Caribbean collections.

Both teams have ensured I have the best experience to date. They have facilitated meetings, talks, internal and external events which add to my personal and professional development. For the first time both departments have a common synergy, me.

My work so far

Currently I have two major projects I’m working on. My main project involves an in depth data visualisation of past and present projects in Latin America and the Caribbean undertaken by EAP. I have so far completed the data compilation and will continue to work on the project in the coming year.

While working on the main projects I have also learnt about other gems in the collections. The Cartonera: Latin American cardboard books, the proposition to establish the West India Company in the Stowe manuscript collection and manuscripts related to Texcoco in Mexico are just a few interesting collection items I have explored.

Cartoneras from the Americas collection at the British Library

Undoubtedly none of this would be possible without the Chevening secretariat. The Chevening team namely my programme office Mark Ashe, have been my constant guide. One of the most memorable moments on my fellowship so far was at the recent Chevening Orientation. The session had 1,750 scholars from 141 countries and territories around the world. It was truly a remarkable event. 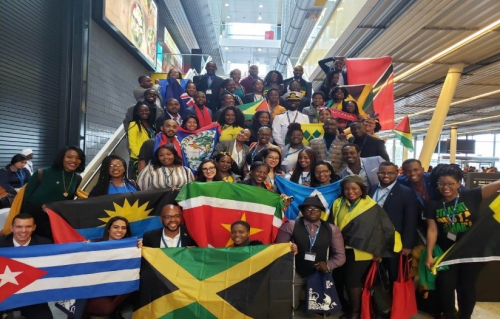 Some scholars at the 2019 Chevening orientation

Chevening also facilitates smaller networking sessions through its tailored events. I had the privilege of attending one such event in Manchester under the theme Cottonpolis: Fashioning the Future. Myself and over 20 scholars received a guided tour of the city of Manchester and had a very engaging session on sustainable fashion at the University of Manchester 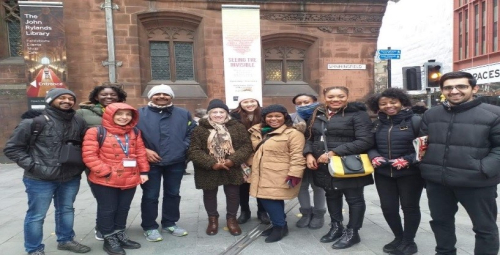 Scholars on tour of Manchester city

It is my hope that throughout the rest of my fellowship I will produce blog posts, articles and multimedia content that will track and highlight the work I am doing. I am also looking forward to the many people I will meet and new places I will visit.

Posted by Annalisa Ricciardi at 11:29 AM