Have you ever wondered what Adam and Eve were really thinking in the Garden of Eden? 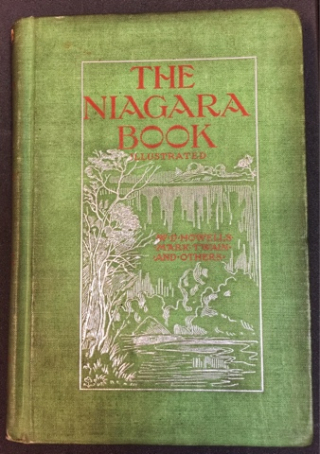 In 1893, Mark Twain contributed a short story to the Niagara Falls souvenir collection, The Niagara Book. His clever tale being something of an oddity among stolid pieces on the geology, flora and fauna, and famous visitors of the falls. His contribution, a satirical take on a biblical love story, was entitled, The Earliest Authentic Mention of Niagara Falls: Extracts from Adam's Diary. Translated from the Original Ms. Here, Twain took inspiration from the Book of Genesis to re-imagine the story of Adam and Eve in the Garden of Eden. By setting his version in the more relatable 'paradise' of Niagara Falls (where Adam enjoys going over the falls in a barrel), he was able to take full advantage of wordplay opportunities on the Fall of Man doctrine from the Bible.

The tale, later published in book form in 1904 as Extracts from Adam's Diary / Translated from the original MS, is told from Adam's perspective and follows his grouchy musings on the sudden, and unwelcome, appearance of a troublemaker in his world: "Monday: This new creature with the long hair is a good deal in the way". Used to a solitary and lazy existence, Adam is initially bewildered and frustrated with the stranger's excessive industry and habit of naming everything she sees before he has the opportunity to do so himself. He is contemptuous of her existence and bemoans her notions of beauty and wonder: "Saturday: She fell in the pond yesterday when she was looking at herself, which she is always doing". However, he is begrudgingly won over by his new companion: "...for I am coming to realize that she is quite a remarkably comely creature". Twain's wit is at his best in this acerbic take on what is a widely accepted creation story, with Adam’s accounts gleefully dry at times: "I advised her to keep away from the tree. She said she wouldn't. I forsee trouble. Will emigrate". Adam’s story poignantly ends with him speaking at Eve's grave, "Wherever she was, there was Eden." 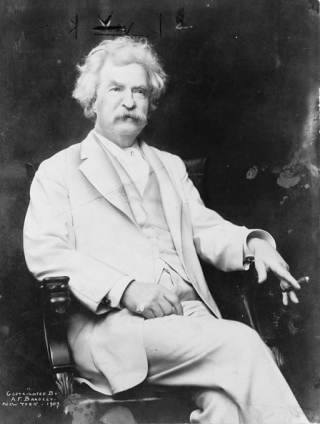 Though the tale follows the original story in the Book of Genesis, with Eve eating the forbidden fruit and the inevitable expulsion from paradise, it also offers a poignant reflection from Adam a decade later: would he rather have never met Eve?: "After all these years, I see that I was mistaken about Eve in the beginning, it is better to live outside the Garden with her than inside it without her". In Twain's story, we see a commentary on his own life: he famously remarked that he would never meet his match in a woman and, like Adam, seemed destined for a solitary life. But he was proved wrong in New York on New Year’s Eve in 1867 when he met Olivia Langdon (Livy): the shy and intelligent daughter of a wealthy coal merchant. They began a long courtship conducted mainly through letters, with 184 handwritten notes passing between them. This letter writing was to continue throughout their life together. 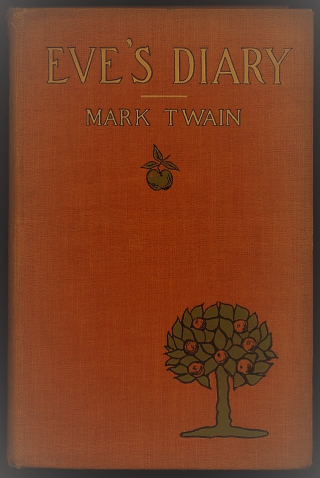 Livy died following a long illness in 1904, and, after locking himself away, Twain composed what many have dubbed his eulogy to her. Eve’s Diary was published in the 1905 Christmas issue of the magazine Harper's Bazaar, and then in book format in June 1906. This companion piece to Adam’s Diary follows Eve from her creation to her grave and was the only time Twain wrote from the perspective of a woman. He made great use of the opportunity to do so, and delivered a sharp-witted account of Eve’s thoughts on Adam, who she dubs “the other experiment”. She is impatient of his monosyllabic responses and laziness: “I wonder what it is for. I never see it do anything”. The story is notable in exemplifying his changed views on women’s suffrage. Twain was a staunch opponent of women’s right to vote, but after meeting Livy and having daughters, he changed his mind.

In Eve’s Diary, in contrast to Adam’s account, Eve is shown to be extremely bright and warm: expressing wonder and innate curiosity about the world around her. She is even taken with the grumpy Adam and is accepting of his faults and perceived lesser intelligence. His companionship offers a chance for conversation, something she loves (and an opportunity for a dig from Twain) : “I talk all day and in my sleep, too, and I am very interesting”. Unlike Adam’s, Eve’s account glosses over the Fall: “The garden is lost, but I have found him and am content”, and she is quicker to come to this realisation than Adam. Her final entry is delivered forty years later, and expresses a wish that, if they are not able to pass from the world together, it is her who goes first: “…life without him would not be life; how could I endure it?”. When reading this alongside Adam’s Diary we know that she gets her wish: Adam’s story ends with him speaking at Eve's grave: "Wherever she was, there was Eden." Although Twain proposed to have the two stories joined together in one volume, unfortunately this never happened in his lifetime. 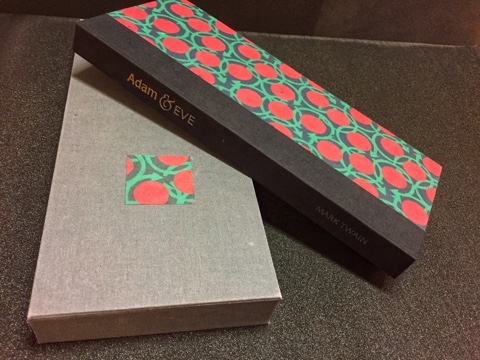 The four love stories: the original tale from the Book of Genesis, Adam’s Diary, Eve’s Diary, and the story of Twain and Livy, have been themselves retold in a 2003 artists’ book from San Francisco artist, Charles Hobson. Entitled Extracts from Eve's Diary ; Extracts from Adam's Diary, this creative interpretation interweaves excerpts from Genesis, the two diaries, and handwritten letters between Twain and Livy, with illustrations of two figures moving towards embrace. The motion of the two figures is inspired by the photographs of Eadweard Muybridge from his Human Figure in Motion study from 1901, and is enabled by the intricate design of the book. The artist has used a French door structure with cut-out pages and collaged folded sheets to involve the reader in revealing the journey of Adam and Eve toward each other, and away from ignorance.

The book is presented in a slipcase and opens in two concertinaed halves to display Eve's story on the left and Adam's on the right, allowing passages from each to be easily compared and contrasted. The copy at the British Library (shelfmark RF.2017.b.43) is the final edition in a limited run of 38 copies and includes a separate print of Adam and Eve embracing. The parallels between Twain’s Adam and Eve, and himself and Livy have been beautifully encapsulated in this artistic volume, with the design of the book is extremely effective in portraying what Twain surely felt to be a too brief but passionate time in Eden. 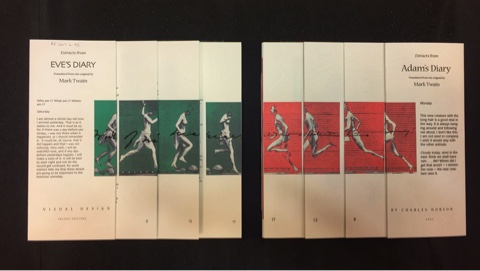 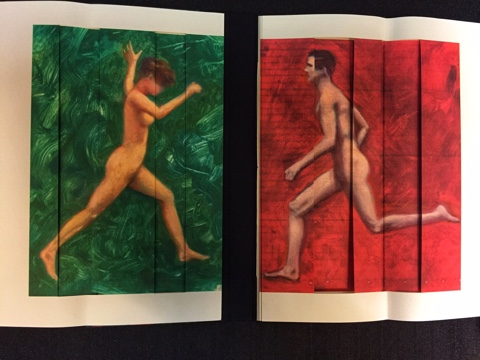 The cutout pages opened up to reveal the two figures