Edward Kamau Brathwaite, poet, activist and historian, was one of the towering figures of modern Caribbean literary and intellectual history, and a writer whose versatility and vigour was quite awe-inspiring. I first encountered Brathwaite the historian, reading his path-breaking study of The Development of Creole Society in Jamaica, 1770-1820 (Shelfmark: X.809/11084.) when I was writing my PhD on a not completely dissimilar topic. It is a brilliant book, blending richly textured social history with a conceptually vigorous approach to the specificities of Caribbean (in this case, Jamaican) cultural formations. The Preface revealed that this was a lightly revised version of his own Sussex University doctoral thesis. “I’ll never write anything this good,” I thought. And looking at his original dissertation in EThoS, it’s very clear to me that I didn’t.

Eventually I connected Edward Brathwaite the historian with Kamau Brathwaite, a poet I’d heard of but didn’t know much about, and as I learned more about his life, it became clear why I’d found his work so humbling and impressive. Brathwaite is part of a tradition of academically trained historians from and of the colonial West Indies, whose energy and intelligence exploded beyond the confines of the dusty scholarship in which they were trained. Indeed, such historians as C.L.R. James, Eric Williams, Elsa Goveia and Walter Rodney, reframed historical research and writing as an urgent political and artistic act, as each not only made a substantial intellectual impact outside their discipline, but also enduring social, cultural and political legacies far beyond the academy.

In Brathwaite’s case, he was a cultural organiser and poet of the first importance. In 1966, whilst studying at Sussex, he founded the Caribbean Artists Movement with John La Rose and Andrew Salkey in London. As artist Errol Lloyd recalls, CAM was important for being “the first organised collaboration of artists from the Caribbean with the aim of celebrating a new sense of shared Caribbean ‘nationhood’.” Brathwaite was already a published poet at this time, Rights of Passage (Shelfmark: X.909/8978.) having appeared with Oxford University Press in 1967. He went on to publish dozens of volumes of his own poetry over the next fifty years, as well as championing other poets through anthologies, essays and teaching. 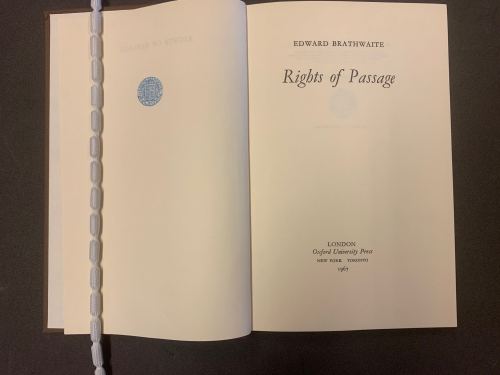 The British Library is a great place to learn more about Kamau Brathwaite, and Anglo-Caribbean writing more generally. For instance, there are over a dozen recordings of Brathwaite reading his own poetry in our Sound Archive, as well as interviews and collaborations with other poets like Linton Kwesi Johnson. In our Manuscripts and Archives department, there are uncorrected proofs of some of his early volumes of poetry and publicity photographs in the Poetry Book Society archive. More significantly, in the archive of Andrew Salkey there are many letters and photographs illuminating their artistic and personal friendship, including the setting up of CAM. Those interested more broadly in Anglo-Caribbean writing will also find much of interest in the archives of James Berry and the recently acquired archive of Andrea Levy, which will be available to consult in late 2021.

And then there are the books themselves. From Rights of Passage in 1967 to the Lazarus poems (Shelfmark: YKL.2018.a.19802) in 2017, his full poetic career can be surveyed in the British Library’s collections, as well as his historical and literary writings (1974’s Contradictory Omens [Shelfmark: X:519/30919] is another must-read) and many books about him. One of the distinguishing aspects of Brathwaite’s later poetry is its embrace of the visuality of digital culture as a poetic strategy, creating some highly complex, experimental, and vibrantly contemporary work. It is thus fitting that a writer of Brathwaite’s versatility and imagination should have inhabited a career that was both deeply immersed in the past, and so keenly attuned to the forms and practices that are transforming today into tomorrow. 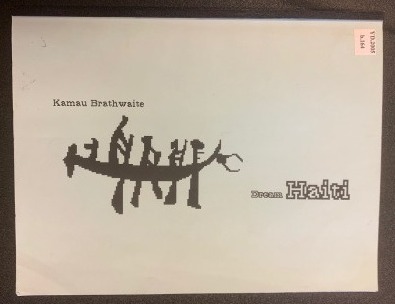 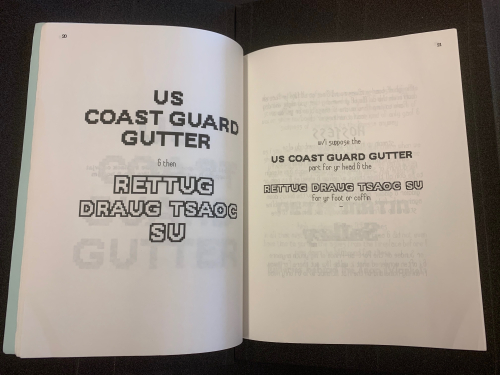 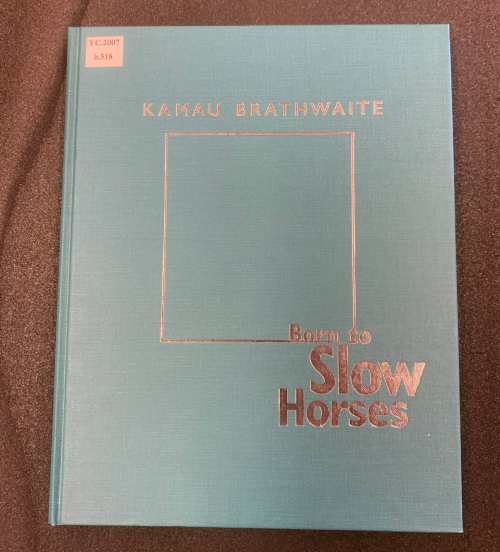 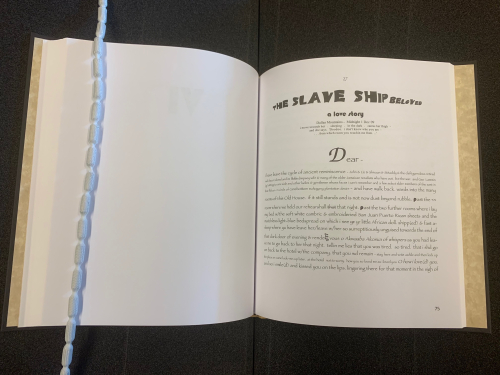 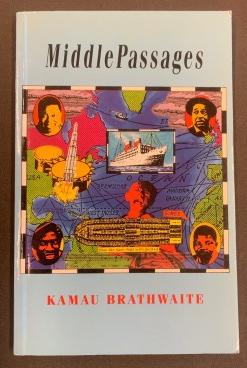 Further reading:
Stuart B. Schwarz (ed.), West Indian Intellectuals in Britain (Manchester: Manchester University Press, 2003) (Shelfmark: YC.2006.a.16834) – a guide to the milieu of the Caribbean intelligentsia in mid-twentieth century Britain, which did much to shape Brathwaite’s early intellectual and poetic achievements