Poems from the edge of extinction (part 2)

Welcome to part 2 of our blog on poetry in endangered and lesser-known languages in collaboration with our European Studies colleagues.  In part 1 of this blog, we considered examples of poetry in Tongan and Yucatec Maya, and here in part 2 we look at examples in Patwa/Jamaican Creole and Yolngu Matha. If you've never heard of these languages, read on! 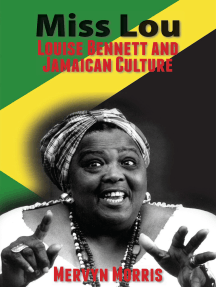 Bun an Cheese by Louise Bennett-Coverley

Dem Bwoy dah jeer Miss Matty,
An a mock her an tease,
Dem a kill demself wid laugh mah
An a call her Bun an Cheese

She no count saltfish an ackee
Cut her y’eye pon rice an peas
Hear her “me put pot pon fire
When me got me Bun and Cheese!”

She does not count saltfish and ackee
Cut her eye on rice and peas
Hear her “I put my pot on the fire
When I got my Bun and Cheese!”

Easter time come and go away
Days and moment fly like breeze
But as long as Matty live those boys
Going to call her Bun and Cheese!

Coming off the heels of Easter, this is one of my favourite Louise Bennett-Coverley poems. “Miss Lou” as she was affectionately called is one of the most loved and highly respected Jamaican poets.  She uses the themes of food culture and local traditions in this timeless work. These themes highlight the love affair the protagonist “Miss Matty” has with the popular Jamaican Easter treat “bun and cheese”, closely associated with the popular English “hot cross buns”.  The use of the Jamaican dialect, Patois (Patwa) by Miss Lou makes this poem even more expressive and exciting. Regardless of the time of day, place and alternative food options Miss Matty is only interested in her tasty treat. This poem encapsulates the happy atmosphere that surrounds one of Jamaica’s most delightful Easter traditions.

*Please note: Aboriginal and Torres Strait Islander peoples should be aware that these pages may contain images, voices or names of deceased persons in photographs, film, audio recordings or printed material.* 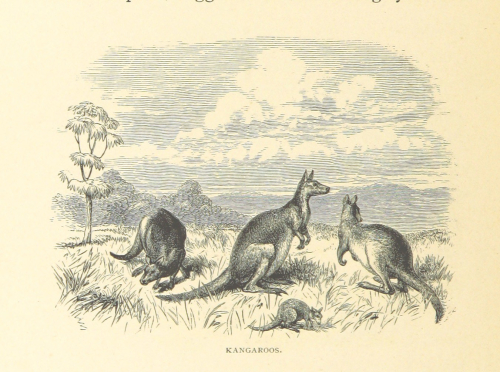 British Library Image taken from page 360 of 'New Homes for the Old Country. A personal experience of the political and domestic life, the industries, and the natural history of Australia and New Zealand. ... With ... illustrations' (BL shelfmark HMNTS 10492.g.19.)

When a list of 200 Aboriginal Australian words was recorded in the north of Australia during James Cook’s voyage in 1770, it was assumed that these words would be spoken by all the Indigenous people in the country. One of the words on this list was ‘kangaroo’ (kanguru or gangurru), which was provided by the Guugu Yimidhirr people in what is now known as Far North Queensland. Yet, when European settlers arrived in 1788, in what would become Sydney, and tried to make use of the list, the word 'kangaroo’ was met with confusion by the local Aboriginal people who believed this to be an English word. Only later did the Europeans realise that the First Peoples of Australia spoke more than 250 different languages, including 800 dialectal varieties, at the time of European settlement. For a visual representation of this language distribution, see the AIATSIS map of Indigenous Australia which attempts to represent all the language, tribal or nation groups of the First Peoples of Australia. Of the 160 varieties still spoken, only 13 are spoken by children and 90% of Indigenous Australian languages are in danger of dying out.

One of the 13 languages still spoken by children, and in somewhat less danger, is the language group known as Yolngu Matha (or Yolŋu Matha). Yolngu Matha, has around 2,000 speakers and is a member of the Pama-Nyungan family of languages. It is spoken by the Yolngu people in the north-eastern part of Arnhem Land in the Northern Territory of Australia. There are a dozen dialects of Yolngu Matha, each with its own name and with significant variation between them, though there is some mutual understanding between the dialects. During the 1930s, missionaries developed various ways of writing Yolngu Matha, which are still used today, though there is no standard spelling system. This linguistic complexity of variant spellings, and clan and dialect distinctions in Yolngu Matha (as with all the Indigenous languages of Australia), has now been mapped to a great extent in the AUSTLANG database. This landmark project by the Australian Institute of Aboriginal and Torres Strait Islander Studies (AIATSIS) provides the means for institutions to begin the process of attributing the correct language to bibliographic records, as is being done through crowd sourcing at the National Library of Australia. When we look at the British Library records for poetry by Aboriginal and Torres Strait Islander peoples, although we can find recent examples written in English (see Ellen van Neerven, Alison Whittaker, or Lionel Fogarty), those written in Indigenous languages are far scarcer (although a welcome example is Nganajungu yagu by Charmaine Papertalk-Green which mixes Wajarri, Badimaya, and English - shelfmark YD.2019.a.5930). And while we can attribute this partly to historical collection practices which favoured non-Indigenous languages (and similar discrimination in the publishing industry), this is also due to the history in Indigenous cultures of spoken word over written language. 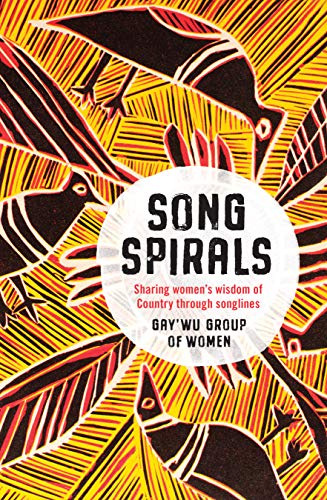 A particularly rich poetic oral tradition in First Peoples' culture can be seen in songlines. Also known song spirals or song cycles, these living archives of cultural knowledge and wisdom are preserved and passed on through song. Using cues from the land, sky and sea to navigate through space and time, songlines are handed down through generations. A member of the community acts as the custodian of the songline and these are rarely shared with outsiders. For this blog, I have chosen to highlight a 2019 Yolngu Matha collection, Songspirals: Sharing women's wisdom of Country through songlines  by the Gay'wu Group of Women (Allen and Unwin 2019 - awaiting cataloguing at the British Library). Here women’s roles in songlines are explored and the authors share five song spirals in Gumatj, a dialect of Dhuwal (also Dual, Duala), one of the Yolngu Matha languages.

Below is an excerpt from Wuymirri, the Whale

Of that body of water I sing, I sing of the body of water.
The arm of the paddler is knowledgeable, over there is Bangupanngu.
I am singing about Balwarri, the whale, Nepaway, the open sea.
Of the place between sunrise and sunset I sing,

Where the whales swim with open mouths, scooping water,
filtering fish;
A pod of whales, flipping and jumping, playing and roaming;
A gathering of many people;
For that I sing Rrawuḻuḻ, the place where the whales
are feeding.
I sing for those people, the ones far away.

In First Peoples' culture, languages with few or no speakers are described as ‘sleeping’, and there are some welcome initiatives to re-awaken these sleeping languages. These include the formation of the AIATSIS foundation to record languages and songlines and publish 15 dictionaries of languages a year over the next decade. An exciting effort to re-awaken language through poetry has been developed through the Poetry in First Languages project, devised by Gunai poet, Kirli Saunders. In this program, Indigenous poets, Elders and Language Custodians work directly with Indigenous students to write poetry in their cultural language.

To hear Yolngu Matha in a musical context, take a listen to the award-winning Yolngu rapper Baker Boy who seamlessly mixes this language with English in his performances such as 'Marryuna' (Let's Dance) below.