A brief history of nursing in the US

It's international nursing day.  We're not ones to miss an opportunity to discuss nursing history: it is a fascinating field that has evolved massively since early narratives that related 'great deeds' and celebrated nurses as angels and saints.  By taking a nuanced approach informed by cultural and sociological theories, nursing history has instead redirected its attention onto nursing practice, and recovering the experiences of nurses and patients who have been excluded from mainstream histories.  With this in mind, we'd like to quickly look at a few works in our collections that you can access from home that give an insight into often overlooked aspects of nursing history.

In the United States, as in the UK, nursing became a more formalised profession in the 19th Century.  Some key factors led to this shift in tending to the sick, in particular the rise of urbanisation, the associated spread of disease, and awareness of the importance of public sanitation; military conflicts with escalating numbers of casualties; and the broader growth in medical knowledge which included specific development of education provisions for nurses.

Nonetheless, it must be recognised that while most early nursing was done informally by families in the home and community setting, with knowledge passed on inter-generationally, nurses also formed an important component of earlier medical establishments and practices. 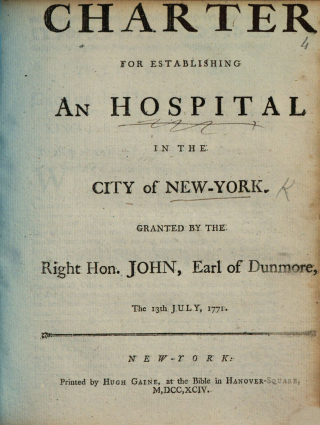 The above royal charter of 1771 passed by King George III established the Society of the New York Hospital, and outlines the rules and regulations for its running.  The charter instructs the President to appoint "Physicians and Surgeons as they shall judge necessary to attend the said Hospital... and also to appoint an Apothecary, a Steward, and Matron, of and for the said Hospital".  Clearly the role of the matron was deemed sufficiently important to warrant mentioning alongside the Hospital's key medical personnel, and its specific responsibilities were outlined further. 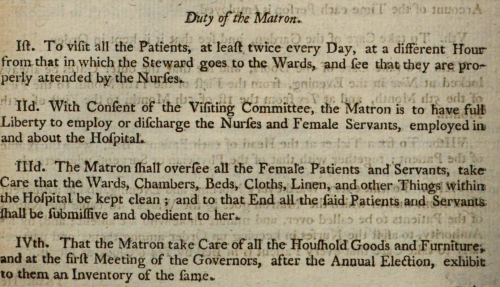 "Duty of the matron"

Some of the above might sound familiar to anyone who has had a stay in hospital.  While consisting mainly of overseeing nursing staff, housekeeping, and public order, these routines were, and to a large degree continue to be, essential to the maintenance of hospital hygiene and proper care of patients.  Nonetheless, differences remained: many of the 'nurses' overseen by the matron were actually patients who were well enough to tend to others, their own linen "and such other Service as the Matron or Steward shall require."

By 1839, the New York Hospital was well established and had a large library of reference materials, some of which can be explored in this volume. 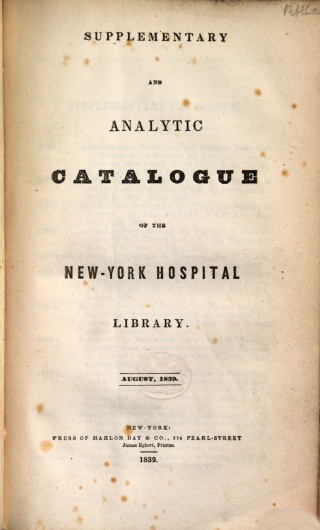 Within this, one can find the following titles:

In the intervening decades nursing and particularly midwifery particularly had become roles with clearly outlined sets of practices and key knowledge that could be passed on via a more formal route.  Indeed, in 1839 a Quaker, Dr Joseph Warrington founded the Nurse Society of Philadelphia with the aim of improving obstetrical care for poor women.  These early efforts had limited success as many still regarded nursing as a familial duty, and could not afford to pay for either the education or the care that they could receive from family and acquaintances for free.[1]  Nonetheless, early programmes provided a framework for subsequent education efforts.

This process of formalisation of the profession was substantially accelerated by the outbreak of the Civil War.  There are many records by and about nurses and nursing during the war, perhaps the best known of which are Clara Barton's works (many of her papers are available digitally on the Library of Congress' website), Louisa May Alcott's Hospital Sketches and Amanda Akin's The Lady Nurse of Ward E.  Both are understandably popular.  A lesser known work is this account by A.H. Hoge. 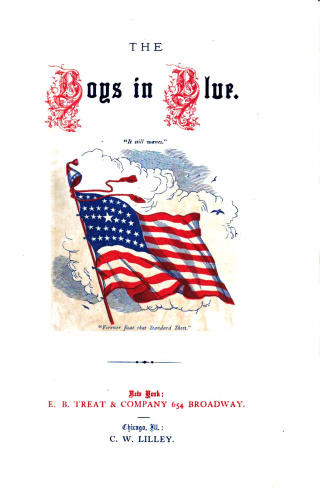 Mrs Abraham Holmes Hoge played a key role in fundraising for the US Sanitary Commission throughout the war.  Thanks to her efforts, the Commission was able to supply battlefront hospitals with much needed medical supplies that were regularly delivered by Mrs Hoge, who also volunteered as a nurse at many key battles.  She would later relate these experiences at salon talks, in order to fundraise for further efforts.  Her work also brought her into close contact with politicians and military personnel.  This volume is thus heavily propagandistic in tone, but provides an insight into the administration of wartime hospitals, as well as accounts from numerous hospitals, with a range of nursing personnel, at different points in the war.  Similar information can also be gleaned from the papers of Mary Ann Bickerdyke who acted as an agent for the Sanitary Commission, which are available to read on the Library of Congress website.

The war proved a turning point in the profession: over 20,000 nurses served as nurses across the north and south.  Subsequently, a number of key training programmes based in hospitals secured the future of the profession and by the turn of the century there were over four hundred nurse training programmes in hospitals across the United States.  Thereafter, professional organisations began to rise exponentially, some of the most noteworthy include the National League for Nursing Education, American Nurses Association, and the National Association of Colored Graduate Nurses, as well as many local organisations.

The war also inevitably also radically changed how nurses were perceived by the public - tropes such as patient, self-sacrificing saints who tend to fallen heroes in a battle against an enemy were popularised in print and songs such as 'Our Lady of the Hospital'. 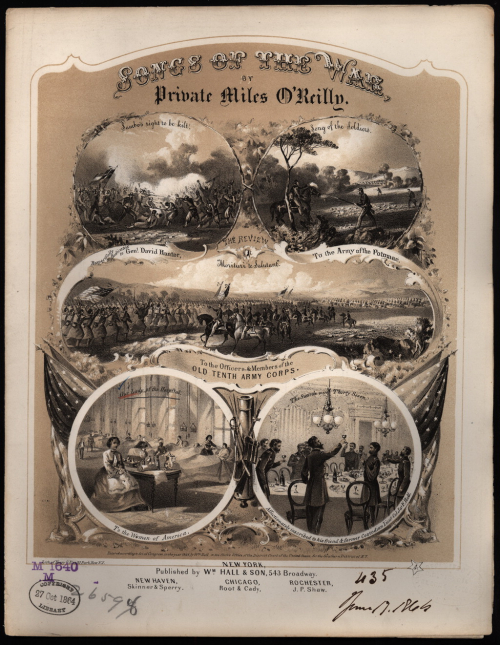 Millard, H, and Miles O'Reilly. Our Lady of the Hospital. Wm. Hall & Son, New York, 1864. Notated Music. https://www.loc.gov/item/ihas.200001684/
The ward is silent again
As our lady resumes her place,
And I see, as I watch her, a patient pain
That is pitiful in her face;
Lily of beauty, too bright for a camp,
O, saint! That ever our sorrows will share!
Now I see by the light of the shaded lamp,
Tears fall on the page of her prayer

The above is the final chorus in a stark depiction of a night spent on a Civil War hospital ward, from the perspective of a patient.  Sanitised versions of such sentiments continued to circulate, sometimes obscuring the long history of a complex profession, the skills and knowledge of those employed within it, the unpaid and unrecognised care provided by relatives at home, and the autonomy of patients.  Thankfully, historians continue to look beyond the popular platitudes and well-visited narratives to help us understand the multiple facets of a fascinating and rich history of nursing.

Posted by Francisca Fuentes Rettig at 13:02:45 in Eccles Centre