Dancing in the archives...

This post by Robert Hylton is the first in a special Summer Scholars blog series highlighting the recent research Eccles Centre awards have supported across the Caribbean, Canadian and US collections.

In the early 1980s this thing called hip hop suddenly arrived in the UK from North America through videos like Malcolm McLaren's Buffalo Gals (1982) and films such as Wild Style (1983).  It marked the start of a global cultural change and, unbeknown to me, would help develop my future world as a choreographer, researcher and teacher.

In time, my curiosity would take me beyond the South Bronx of the 1970s to '50s jazz dance, Whitey’s Lindy Hoppers and, eventually, minstrelsy. 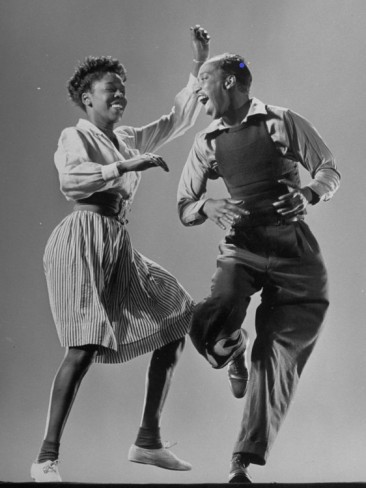 Minstrelsy and blackface was something I was aware of growing up in the 1970s as a mixed race child in the North East of England: The Black and White Minstrel Show was still on TV and racial relics were never far away.  Years later I began looking past the racially charged media of minstrelsy, seeing instead an innovative dance form which laid the foundations not only for hip hop dance but for entertainment as we know it today.  And so I began to ponder on the question: What happened before minstrelsy?  Which is what brought me to the Eccles Centre and the British Library.

My approach at the Library was to explore African diaspora dance practices in the United States from the early 1800s.  My prior knowledge of African based social dances was mostly limited to the 20th century and I knew there was so much more: More threads and meeting points detailing the myriad ways in which the African diaspora experience was carried to the US, became fractured and disrupted through slavery, and morphed into gospel, blues, ragtime, jazz, funk and hip hop.  My research enabled me to understand how African dance, including Gelede and Calenda, were exchanged and disrupted through gatherings such as corn shucking meets, leading in turn to secular dances like the turkey trot and the camel walk. 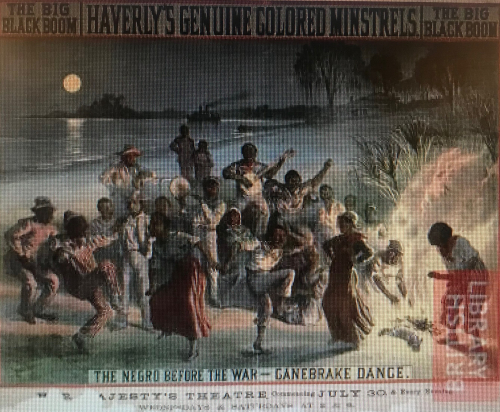 The key thing I realised through this research, however, wasn't even about dance.  It was about how information was passed, gathered and coded through slavery.  It was about the interactions between different African practices. I began looking beyond West African traditional dance forms to broader African practices.  This led me to explore the Muslim experience within Africa, the United States and slavery.  One story I came across was that of a 35-year old male Muslim slave in Sierra Leone during the eighteenth century. Waiting in irons for departure, sometimes he would sing a melancholy song and sometimes a Muslim prayer.  The song would eventually arrive in America to be heard by other Africans who may not have understood Arabic. Yet the cadence, experience and emotion enabled an experience of empathy that transcended words.  It was decoded through human consciousness as emotional unity through sound and movement.  It was understood, or misunderstood, and developed identity, social communication and African American culture.  These rhythms and experiences would resurface and be remixed into early blues; a remix that I suggest echoes into the sampling culture of hip hop.

Traces of Muslim practice may also relate to the Ring Shout (ceremonial dance) and the Kaaba and walking anti clockwise as prayer.  These exchanges of different African cultures, through shared experience and slavery, led me to think more about the subtleties and nuances of human exchange, gesture, symbolism and the cadence of both sound and movement: how scales of emotion and the body being read and misread is very much part of human learning, social patterns and coded cultures.

The African diaspora experience of slavery is one of the most heartless in human history and yet people survived, grew and emerged.  Of course, resilience in itself is a built-in human trait but how many times must it be tested and inflicted from one human to another to the degree of slavery and many other forms of violence, where carried trauma and disrupted African experiences seem to be in constant recovery and where culture acts to navigate and find better ways of living.

I think this research more than anything has led me to a deeper understanding of cultural development, human exchange, histories (my own) and the traces of experience that we carry and that are passed through generations.  Which brings me to the present, to my own creative practice and towards Afro futurism and how one can begin to develop African diaspora history(s) through speculation as a way to navigate future possibilities.  My hope is to develop projects embedded in my Eccles Centre research through dance, hip hop, visual art and education, exploring the question: What is hip hop's place in the twenty first century?