Tracing the History of Northern Ontario at the British Library

This post by Shaelagh Cull is part of a special Summer Scholars blog series highlighting the recent research Eccles Centre awards have supported across Caribbean, Canadian and US collections.

In January, my research into the history of art, craft, and trade in the James Bay region of Northern Ontario, Canada, took me to the Americas collections of the British Library as an Eccles Centre Visiting Fellow.  Today, the region referred to as Northern Ontario stretches from the French River, Lake Nipissing, and the Mattawa River northwards to Hudson Bay, with Manitoba to its West and Québec to the East.  The traditional territory of the Cree and Anishinaabe peoples, Northern Ontario has been a site of cultural contact and exchange for centuries. Beginning in the seventeenth century, the region played a central role in the British and French fur trades.  Ontario’s oldest English-speaking settlement, Moose Fort (now Moose Factory), was established by the British Hudson’s Bay Company on the southern end of James Bay in 1673.1

As the fur trade expanded, a rival Northwest Company fort was built on nearby Hayes Island in 1803, and the Parisian company Revillon Frères began operating in the region in 1903. By the twentieth century, economic expansion into mining, pulp and paper, and agriculture and the development of the Canadian Pacific (begun in 1881) and National Railways (1919) created new opportunities in the North.  J.B. MacDougall’s Building the North (1919), records that mines between the communities of Porcupine, Cobalt, and Sudbury were responsible for producing 61% of the gold, 91% of the silver, and 90% of the nickel in the world, with the Sudbury area alone producing two hundred and fifty million dollars' worth of nickel.2

Towns sprung up quickly around mining centres and pulp mills, drawing immigrants from a variety of cultural backgrounds – including Scots, Irish, Cornish, Italian, Chinese, Ukrainian, and Polish, amongst others – to the region.3  While mining is still a major industry in the North, local economies also diversified with communities offering ecotourism experiences and promoting art and craft.  With Britain’s historical connection to the region, the collections of the British Library houses documents which record the changing names, boundaries, economic activities, and social milieu of the area.

Many of the resources in the Library’s collections relate to the establishment of the Hudson’s Bay Company and French/English presence (and occasional conflict) on James Bay.  One of the earliest documents to reference the region in the Library’s collections is J. Seller’s The English Pilot, Fourth Book (1671), a treatise on seventeenth century navigation (British Library Maps: C.22.d.2 ).4  It outlines the history and topography of James Bay and Henry Hudson’s 1608 attempt to locate the Northwest Passage trade route through North America.  Additionally, the manuscript contains a number of early maps charting the region, including “A Chart of the North Part of America” (Figure 1) which divided what is today Northern Manitoba and Northern Ontario into New North Wales, New Yorkshire, and New South Wales.5 Moose Fort was established two years after the publication of Seller’s manuscript and during the nineteenth century was made the administrative headquarters of the Southern Department of the Hudson’s Bay Company.6  Moose Fort Journals, 1783-85 (British Library shelfmark: Ac.8565/6) and Moose Factory 1673 to 1947 (British Library shelfmark: 10470.t.21) provide key information about the early presence of the Hudson’s Bay Company and commerce within the region.7  The Library also houses maps recording the French presence in the region, including “Carte de la Baye de Hudson” [1744] (Figure 2). 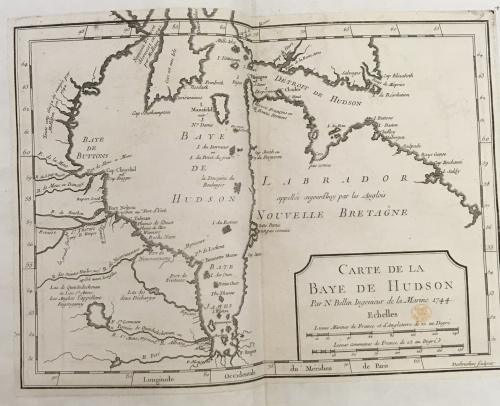 W.A. Kenyon’s book, The Battle for James Bay (1686), traces the often violent encounters between the British and French as they competed for the region’s fur resources, most notably with Captain Pierre de Troyes’ capture of Moose Fort in 1686 (British Library shelfmark: X.809/13837).8  These documents record British and French stakes in and visions for James Bay as they began colonizing Northern Ontario.

As my own research focuses on the collection and reception of art, craft, and material culture from James Bay, I was particularly interested in the Library’s resources pertaining to Indigenous material and visual culture in Northern Ontario.  The Central Cree and Ojibway Crafts series published by the Indian and Northern Affairs division of the Canadian government in 1974 catalogues historical Indigenous craft to document the material history of the Cree and Anishinaabe of Northern Ontario, Quebec, and Manitoba and institutions where these objects are housed (British Library shelfmark: C.S.E.20/73).9   The Library also contains various promotional materials, catalogues, and albums (Figure 3) related to the 1967 International and Universal Exposition held in Montreal, Quebec (Expo 67) and the Indians of Canada Pavilion, a landmark in North American Indigenous art and a politically-charged critique of Canadian Confederation during the country’s one-hundredth anniversary celebrations. 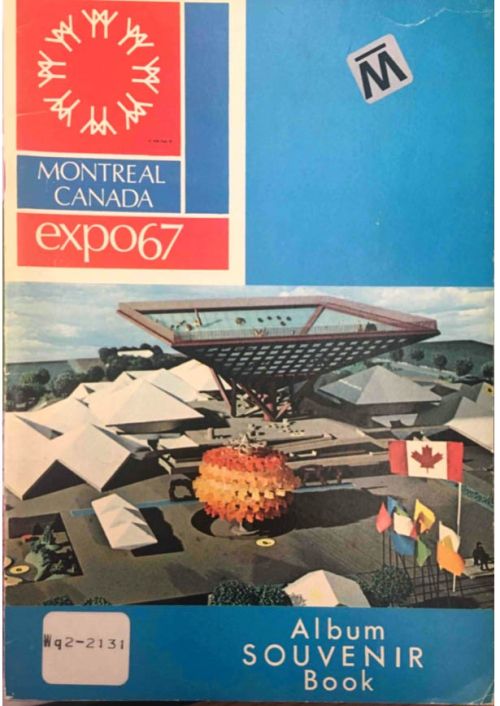 The Pavilion featured the work of contemporary Indigenous artists, many of whom - such as the highly influential painters Norval Morrisseau and Carl Ray, who popularized the Woodlands Style - came from Northern Ontario.  First-hand accounts such as Lillian Small’s, Indian Stories from James Bay (British Library shelfmark: YA.1998.a.12925) and a collection of poetry by Margaret Sam-Cromarty, James Bay Memoirs: A Cree Woman's Ode to Her Homeland (British Library shelfmark: YA.1994.a.12583), provide Indigenous perspectives on James Bay Cree history and culture.10

These resources are starting points for those interested in Northern Canada, the history of James Bay, and Indigenous art.  Both for researchers in the UK and North America, the Americas collections of the British Library provide unique glimpses into the regional histories of communities in Canada.