This post by Carmen Logie is part of a special Summer Scholars blog series highlighting the recent research Eccles Centre awards have supported across Caribbean, Canadian and US  collections.

My work in the field of HIV began in the early 1990s, before we had effective anti-retroviral therapy.  I had just moved from small town Ontario, to a big Canadian city - Toronto.  It was the first semester in my undergraduate degree when a fellow student asked me if I wanted to volunteer with her on what was then called the ‘AIDS’ floor of a local hospital.  Always interested in learning about something new, I agreed.  Little did I know that would change the course of my life.  The floor was sectioned off for only people with HIV, and by the time people reached the stage of being hospitalized, for many they were in the last stages of life.  As a volunteer my job was anything that the patient wanted—to run and grab a newspaper, to escort them to the smoking area (when there was such a thing), or to help the nurses feed someone.  Sometimes I would just sit and hold someone’s hand.  Myself and other volunteers were often the only visitors some patients had, having been abandoned by their friends and family due to HIV-related stigma alongside with homophobia, as many at the time (as today) living with HIV in Canada were gay and bisexual men.  Knowing that people were sick and alone due to stigma sparked my passion on stigma in the field of HIV and sexual health.

Fast forward 26 years and it is my first week at the British Library for my Eccles Fellowship in March 2020.  A new virus—COVID-19—had recently emerged and was stirring global fear and panic.  A few weeks prior to arriving in London I had conducted a media interview on stigma directed toward persons of Asian descent in Toronto, Canada related to COVID-19. I reflected on the roots of this stigma, and its parallels to HIV-related stigma.  While at the British Library I was inspired to re-read books on HIV-related stigma from the beginning of the epidemic.  Classics like Susan Sontag’s AIDS and Its Metaphors led me back to her earlier work, Illness as Metaphor.1 I also revisited D. Crimp’s AIDS: Cultural Analysis/Cultural Activism.2 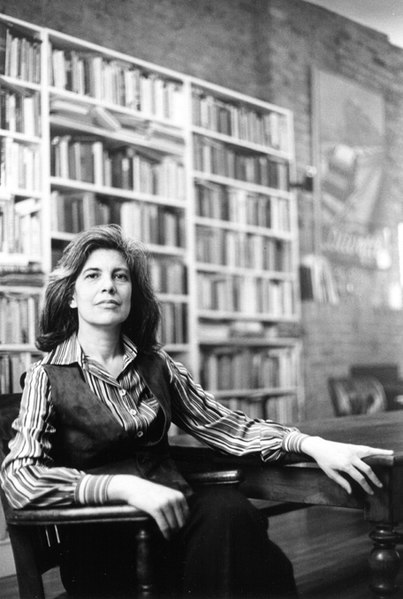 Reading these pieces from early in the AIDS pandemic was striking.  I was inspired to write two commentaries on parallels between HIV-related stigma and COVID-19 stigma.  Sontag had warned about using military metaphors to describe the HIV and AIDS pandemic decades ago: “We are not being invaded.  The body is not a battlefield.  The ill are neither unavoidable casualties nor the enemy.  We—medicine, society—are not authorized to fight back by any means whatever.”3  Yet the panic and fear regarding COVID-19 was palpable.  While this fear was understandable, the use of military metaphors in framing COVID-19 exacerbated the xenophobic responses, including hate crimes, toward persons of Asian descent in Canada and other global contexts.  Othering—distinguishing oneself as ‘normal’ in comparison with the ‘abnormal’ other—has been a central part of understanding and approaching illness throughout history.  Crimp reminds us from his discussion of the framing of HIV in the early days as impacting the ‘4-H’s’ (Haitians, haemophiliacs, heroin users, ‘homosexuals’) that illnesses are often blamed on the racial, foreign or otherwise ‘immoral’ other.  Although COVID-19 was named to avoid association with a place of origin, even in July 2020 world leaders continue to refer to it as the ‘China virus’.  People who are not following public health measures have been labelled ‘super spreaders’ and even ‘intentional murderers’.  This blaming of individuals leaves the larger social and structural factors contributing to COVID-19 vulnerabilities—including racism, poverty and insufficient access to PPE—unaddressed.

Yet reading Sontag’s and Crimp’s work more than 30 years after it was written also provides me with hope.  They both underscore the solution to stigmatizing and blaming groups of people for illnesses lies in strengthening communities.  We need to remind one another of our shared humanity in order to build solidarity and caring networks that support one another to engage in COVID-19 preventive practices and care for one another when we are sick.  These networks have already been formed; for instance, across the globe people are sewing hand-made masks to share with others, and some are shopping and checking in on the wellbeing of the elderly.  Sontag powerfully reminds us that we are unified in our vulnerability to acquiring illness:

I disappointingly had to leave my Eccles Fellowship early, after the Prime Minister in Canada requested Canadians return home as the border was closing.  Being at the British Library when this pandemic was spreading inspired me to go back to the books on early HIV and AIDS activism, to reach back in history and learn from the way we stigmatize new infections—and from the way we can challenge this stigma and build stronger communities.  My research has now expanded to understanding and tackling COVID-19 stigma across the globe, hoping we can learn from the past to dig out the root causes of stigma and plant seeds of solidarity and care.

For further discussions of stigma, listen to Carmen’s podcast series, ‘Everybody Hates Me: Let’s Talk About Stigma’. This podcast invites a range of weekly guests to talk about all different kinds of stigma. Why does it matter? What does it look like? What can we do about it? https://www.buzzsprout.com/1024792

Articles supported by this Eccles Fellowship: