Art in a pandemic: exploring manifestation of art and design

The coronavirus pandemic has undoubtedly given us the difficult task of witnessing one of the most unmerciful global challenges since the world wars.

As it happens during times of crises, artists start producing objects, or creating digital content, which reflect part of the daily struggle for life. Their creation can be seen as a process that transforms art in ephemera and ephemera in arts, and the boundaries between what is art and what is not are often impalpable and undefinable. How do we see these objects now, through the lens of time, and while enduring another lockdown?

The descent of the lockdown on our bodies and souls has forced us into living in a dystopian society, as well as a forced daily exploration of digital content and images or, at least, that is what has happened to me.

Last spring, during one of my virtual exploration sessions at @CovidArtMuseum, I was particularly attracted by artistic responses from the southern hemisphere. I met an inspirational graphic artist on Instagram, and having decided to use a couple of graphic creations, I contacted her to discuss copyright but we ended up talking about books, art inspirations and feelings of deprivation. 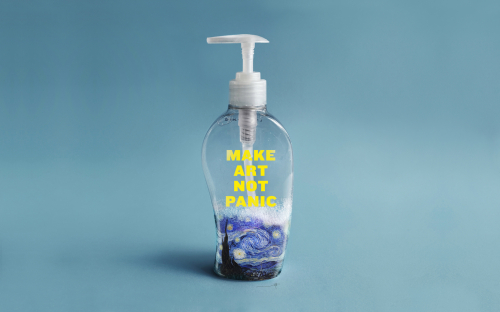 An embellished soap dispenser represents the dispensation of creativity and thoughts of positivity as a remedy to panic and desperation in a moment of crisis. Behind the dispenser, a sky coloured background and an invisible sub-message that reads: wash your hands.

Art is vital for human kind. Keep creating. El arte es vital para tu humanidad. En cualquier disciplina, forma, con cualquier material, con desafíos físicos o emocionales, sin importar quien lo vea o si es solo para tus ojos. Crear es bueno para ti (Caption to the image. @mayteoliva). [Art is vital to your humanity. In any discipline, shape, with any material, with physical or emotional challenges, no matter who sees it or if it is only for your eyes. Creating is good for you]. 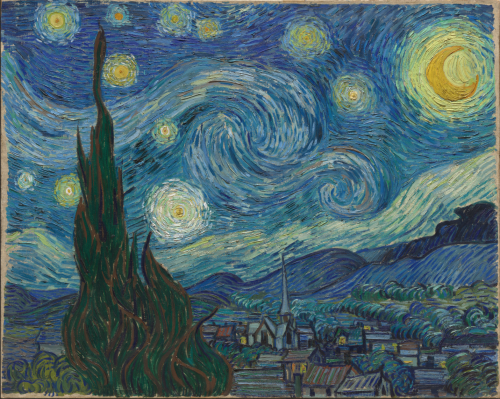 The reference to Van Gogh's Starry Night is brilliant. Entirely painted from memory during the day while in isolation at the sanatorium of Saint-Rémy-de-Provance, Van Gogh reproduced the vision of the stars in the dark from outside his sanatorium room window. It represents the oneiric interpretation of the reality of the asylum experience as he perceived it, apocalyptic, terrifying and yet astonishingly creative.

“Through the iron-barred window I can make out a square of wheat in an enclosure, above which in the morning I see the sunrise in its glory” (from Vincent van Gogh’s letters to his brother Theo).

Graphic art from Brazil and Australia: the toilet paper

Another curious object strongly associated with life during the pandemic, is the toilet paper roll. I was particularly attracted by this image with its direct message, and all that goes with it, on the unrolled paper square. This visual reprimand, created on the eve of the first lockdowns, would have resonated with people around the world and at more or less the same time. 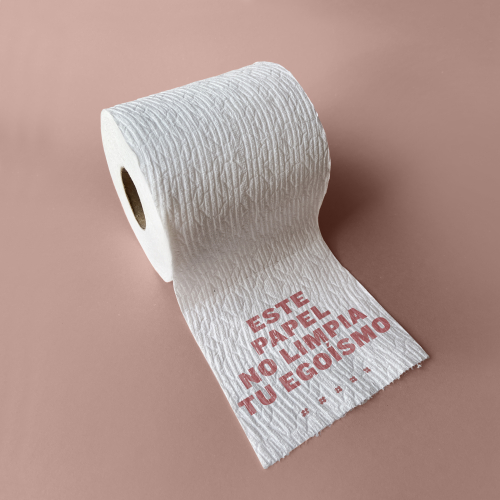 “I made this piece the day that the government in my country announced the curfew, supermarkets were crowded, and people took very selfish attitudes. I think it is important to raise awareness of this type of actions on social networks, so that more people see it as something negative and can take positive attitudes in difficult situations” (In conversation with @mayteoliva).

During the same time, a colleague in the library started a very difficult newspaper-copy hunt for a particular issue of the  Northern Territory News which wryly included an 8-page insert of toilet news-paper. Libraries around the world had started collecting this special issue, and it soon became very difficult to obtain one. It was immediately clear that this item would become a collectable item documenting a certain aspect of  consumer society; one of those objects that you could easily imagine seeing in an exhibition, perhaps entitled “Art Pandemic: incubation 2020”! 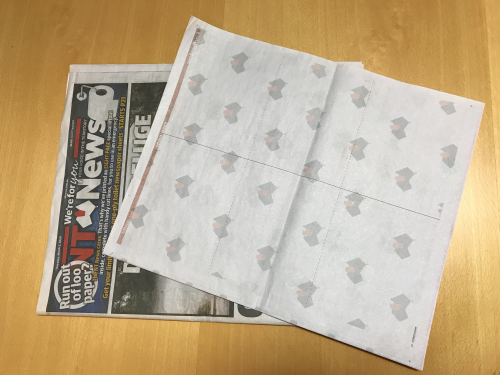 The toilet paper Instagram colloquium with the graphic artist @mayteoliva, evolved into a much freer talk and exchange of ideas. When asked which books have recently inspired her, she promptly sent photos of covers, and her thoughts on the books incriminated.

In conversation with the artist @mayteoliva

“There is beauty in everything, and this is a great guide to find it. I find this book really inspiring, makes me want to create something, draw something, cook something, try something new and appreciate it. The other night I was making cinnamon rolls for the first time, and the process was beautiful, this book has helped me appreciate these things of everyday life and then translate my experiences into visual art” (In conversation with @mayteoliva in reference to Alan Moore, Do / Design: why beauty is key to everything). 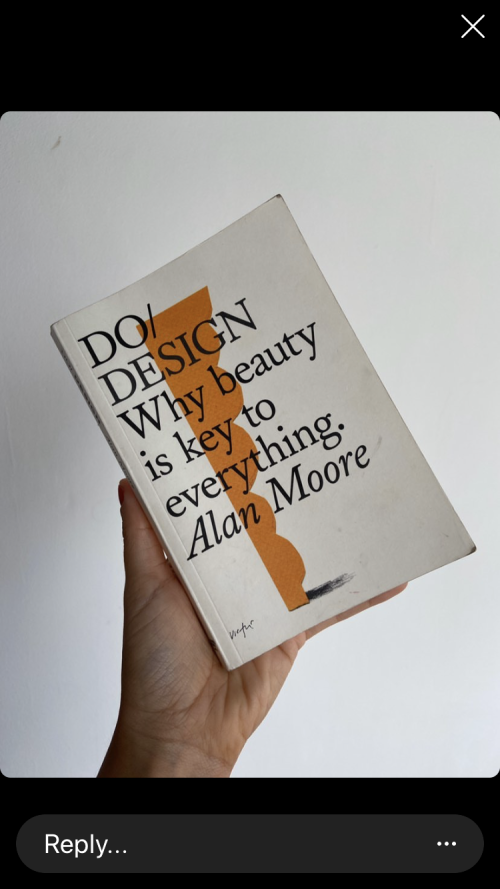 “Madame & Eve, Women portraying women is an amazing compilation of women artworks in contemporary art. Here are some of my favourite artist, like Jenny Holzer and Barbara Kruger, but I have found many other artists who have impressed me a lot” (In conversation with @mayteoliva). 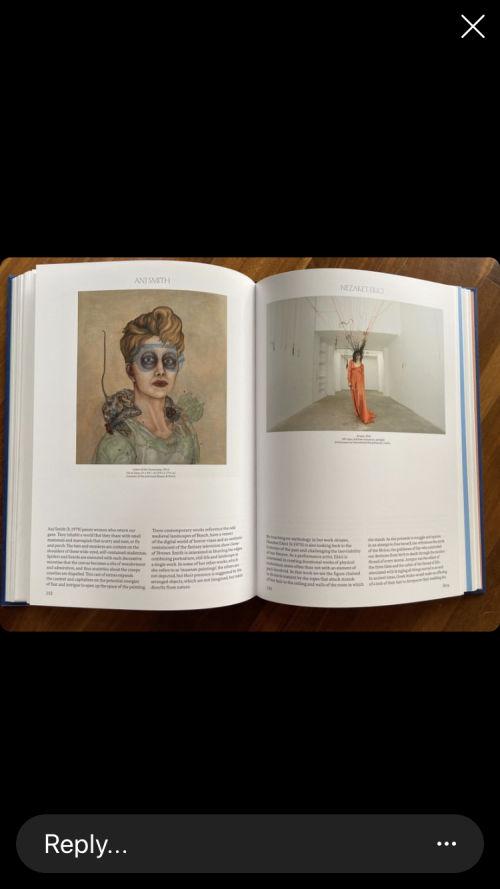 From the collection #museodoisolamento (museum of isolation), I found this incredible piece of concrete poetry. From the visual exploration of it, I immediately had multiple sensorial messages sent to my brain. I needed a few minutes to fully decode them into sensation and emotions, and to have them automatically connected to my personal consciousness which was strongly affected by the circumstances of the moment.

My first sensorial association was the light blue impressions of the fabric to the pale blue of surgical masks. In this case it was transformed in a wide canvas ready to receive a concise and concrete message behind which the essence of art is explained. 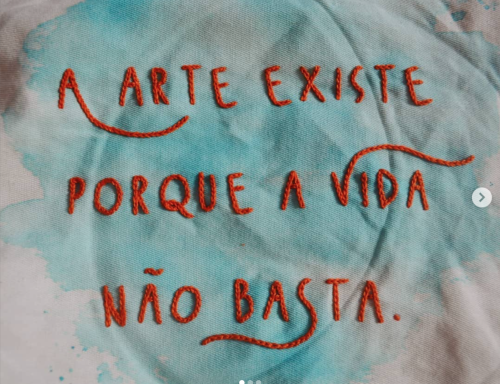 [One of my favourite phrases. It is by Ferreira Gullar, a poet from Maranhão, when talking about his career in art during an interview. "Art is an unpredictable thing, it is discovered, it is an invention of life. And whoever says that making poetry is suffering is lying: it is good, even when writing about something suffered. Poetry transfigures things, even when you are in the abyss. Art exists because life is not enough”].

Emerging formats: poetry from the US

And people stayed home. And read books, and listened, and rested, and exercised, and made art, and played games, and learned new ways of being, and were still. 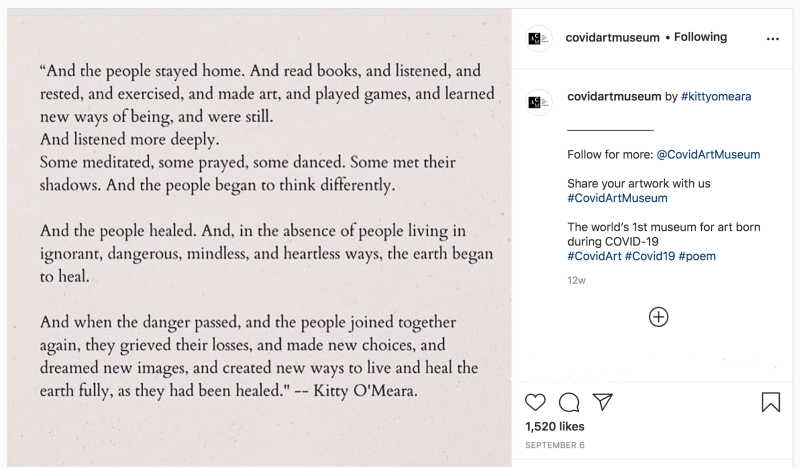 Kitty O’Meara, awarded the “poet laureate of the pandemic” by the web arena, is an Irish American teacher who wrote the poem during the days of the pandemic outbreak last March. The poem went immediately viral, and has now become an illustrated book for children. This represents an emerging format type of literary production: those produced, acclaimed, and published in a very short interval of time.

The circulation of ideas, inspirations, and artistic products have been floating around the world, not only via the powerful means of the World Wide Web, but also through the most traditional and time-sensitive channel: the postal service.

In May, New York-based artist and researcher Lexie Smith, founded a food-based art project, Bread on Earth, offering to send free active sourdough starters preventively dehydrated via UPS to anyone who would have made requests. Over 700 people responded to the call at the beginning. As she explains on her website: “Stay safe, and let this time remind you that bread is only a threat when in the hands of few, and power when in the hands of many”.

The project also aimed to create a ‘locations of the jars’ map. As the sourdough travelled to people around the world, the map would show the spread of this happy bread-making community, since sourdough starters can be easily shared with friends, family and neighbours. She has sent parcels all over the U.S. and Canada, Singapore, India, Bulgaria, Australia, New Zealand, Italy, Paris, London, Switzerland, Sweden, Denmark, Spain, Mexico, and Hawaii amongst other places. Heart shaped bread. I received this heart shaped bread from my partner who, despite the distance, made my living with the pandemic days an artistic adventure (blog post author's personal image)

Mail Art has never been so vivid since its glorious time of the 60s, and it has now become so iconic that I have found it portrayed in an oil on canvas, and it looks great. 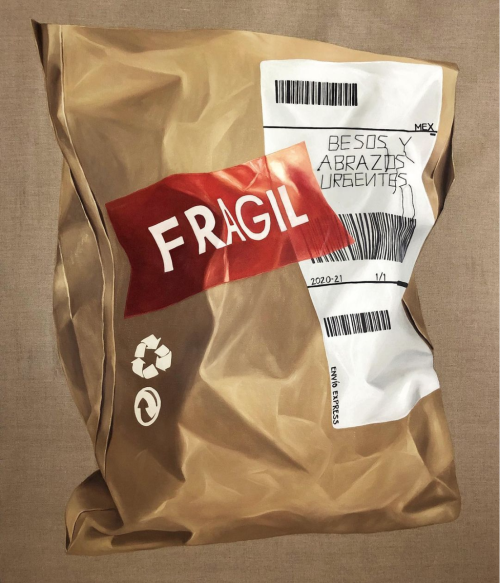 [Through my work I explore the concept of optimism, since in my view it is a theme that contains a duality between conformity and ambition. Optimism can be, in some cases, even painful, since the pressure to be grateful, as well as the guilt for not being grateful, translate into frustration. The latter is a sentiment that is generalizing, growing and that is directly related to the strengthening of social networks, micro-targeting, advertising and the mass media].

Banner Art: from Toronto and London

First exhibited at the Art Gallery of Ontario, Mark Titchener’s banner "Please believe these days will pass," have been found all around the city during the days of the first lockdown. It made London and many other UK cities the perfect hosts of this gigantic artist’s book. With this banner, Titchener visually confronted the passers-by using his typical language-based graphic statement. In those early days of desperation and fears it came as a revelation, a vector towards the mass common denominator: to believe that these days will pass for us all. 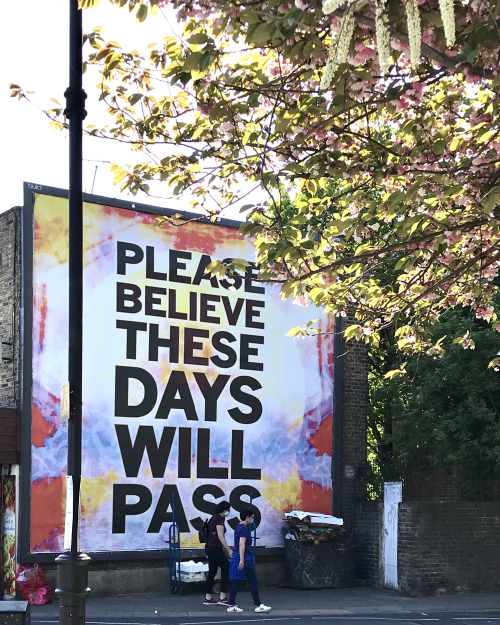 London Fields. A shot I took during my one form of exercise per day in the vicinity of my house on the days of the first lockdown. The banner reproduces Mark Titchner’s work "Please believe these days will pass". It was presented at the Art Gallery of Ontario in 2012.

The 2006 Turner Prize-nominee's work particularly fits with studies in typography and typographical characters when they are used to inspire people, communicate to the core of the community and bring art to a street-based-level. The people become part of it, deciding how to read it and which voice to give to it. No captions are provided, just the imagination and personal, or common, feelings and circumstances of passers-by. Here is a piece of art in which each of us is part of it.

On the art and poetics of Ferreira Gullar, see the British Library holdings at: https://bit.ly/3qaHmXs

From the web to the publisher. Kitty O’Meara’s "And the people stayed home: https://trapublishing.com/products/and-the-people-stayed-home

Collect, preserve and cataloguing emerging format at the British Library:

On the definition of Mail Art as an artistic phenomenon: https://bit.ly/2JvBW8E

Mail Art initiatives at the time of the first coronavirus pandemic wave:

On Mail Art publications and items at the British Library:

Posted by Americas Team at 9:39 AM