This is the first in a series of blogs coming out of the Eccles Centres’ Caribbean Foodways oral history project. Identifying connections between participants’ stories and collection items, each blog explores one of the nine oral history interviews that will be deposited in the Sound Archive.

This blog is about Ann Husbands, who was born in Grenada in 1955 and travelled to England in 1972 to pursue a career in nursing. Later on, Ann started her own catering business that has supplied food for high-profile events, such as the celebration for 50 years of Independence at the High Commission for Trinidad and Tobago, in 2012. This blog focuses on Ann’s stories of her parents’ restaurant and trading at Notting Hill Carnival but you will soon be able to listen to her full interview via the British Library’s Listening and Viewing Service.

From bacon and eggs to saltfish souse, the breakfast offering at Green Lantern – the restaurant owned by Victor and Eloise Husbands – signified Grenada’s complex colonial history of domination, exchange and resistance. As Ann Husbands explains, the influence of the ‘English system’ was felt in the classroom and the kitchen, with English nuns for teachers and black pudding for breakfast. Through descriptions of her parents’ restaurant, Husbands evokes a sense of culinary grounding and independence in spite of the English influence, with a strong emphasis on local foods, from fried breadfruit to freshly caught fish – a ‘main staple’ of the Grenadian diet.

Growing up in St. George’s, the capital of Grenada, Ann describes a happy and delicious childhood. She also recalls the joys of eating and learning about roti when staying with her grandparents in Trinidad during the summer holidays. Ann’s eclectic approach to Caribbean cookery, as evidenced by Zenith Cuisine’s impressive list of events, from serving Oil Down at a London 2012 Olympics party1 to Diwali celebrations at the High Commission for Trinidad and Tobago, was in part ‘born out of going to Trinidad on holidays.’

How to make a roti In 1972, Ann travelled to London to train as a nurse at St. Ann’s hospital in Tottenham. Recounting memories of ‘insipid’ food in the canteen, Ann started to cook her own food, using her first wage packet to buy utensils and ingredients. When I asked Ann about the increasing role of food and cooking in her life and her career, she described it as an organic process:

‘in between working and bringing up a family, on my days off I’ll do cooking, and if there was a party at the weekend they’d ask me to come and cook … and so it started that way, gradually and gradually and it just increased.’ 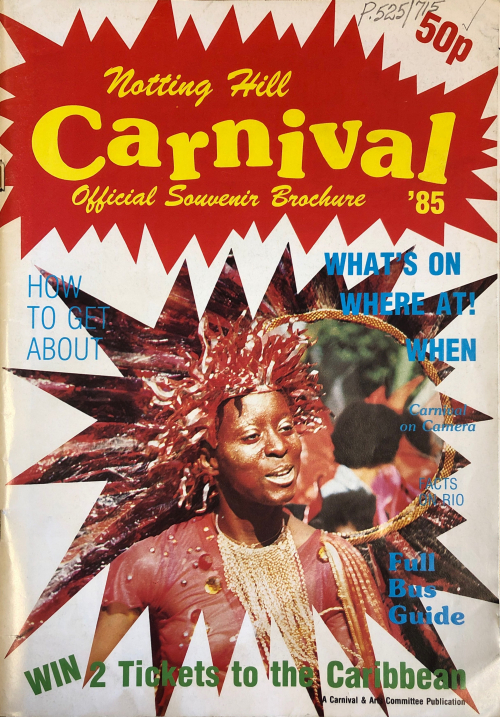 In 1980, her Auntie Nellice suggested that they do the Notting Hill Carnival together, which ended up becoming a decades-long endeavour, with Ann having a stall until 2014. They would sell black pudding and roti, which was ‘very popular with Grenadians and Trinidadians, they love black pudding!’ The blood was sourced from the East End and it would then be mixed with barley and seasoning before being stuffed into the ‘runners from the cow’. As the go-to spot for black pudding and roti, and being one of the only traders that was rolling out roti on the spot, customers came ‘year after year’. Therefore, I think it is very likely that the ‘highly seasoned’ black pudding mentioned in the following article, from the 1986 Notting Hill Carnival Magazine and Programme, was referring to theirs. Comparing it to the those ‘purchased at British supermarkets and English summer fetes which makes a mockery of the real thing’, the article warned that ‘Black pudding, Caribbean style, is not recommended for those with weak digestive parts’! Whilst the article’s headline, ‘Exotic Caribbean Foods at Carnival’, is outdated, the article itself provided a broad description of the edible offering, giving credit to the Caribbean’s ‘unique taste’ as a key, though perhaps lesser-recognised, part of Carnival’s appeal. 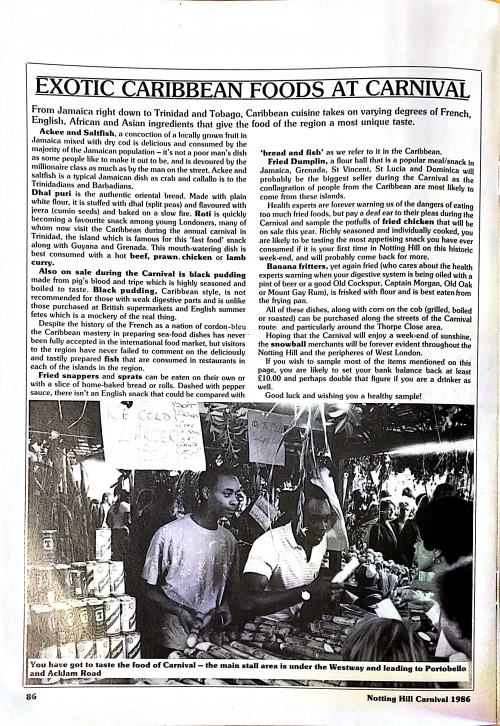 For years, the black pudding and roti stall was on Thorpe Close, which you can see on the carnival map is between Westway and Tavistock Road. After trading at Thorpe Close for years, the pitch was moved to Cambridge Gardens, which Ann protested. Following this, they were continuously moved – which was just one of the reasons that Ann decided to stop trading in 2014. In response to these forced relocations, Ann’s children, who she describes as ‘growing up’ at carnival, would stand at the old pitch on Thorpe Close and send customers, who were insearch of Ann’s famous black pudding and roti to the new spot. Growing up in Grenada, one of the closest islands to Trinidad – the home of carnival – this culture was part of Ann’s upbringing and heritage, so trading at Notting Hill created a ‘feeling of nostalgia’, it was ‘something that I yearned to hear and to be part of.’ Ann is still a part of Notting Hill, she cooks food for Mas Bands – groups that wear matching costumes and parade through the carnival.2 Driving down early in the morning, she hangs around for a few hours to ‘get a feel, a smell and a taste of what’s going on.’ 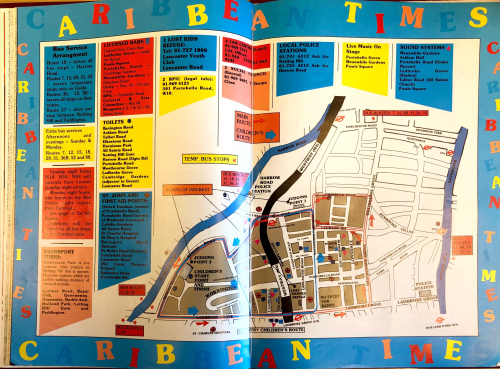 In crediting the various influences that have shaped her approach to cooking, Ann explains how she authentically navigates the multiple communities and cuisines that make up the Caribbean. Both the settings and flavours of Ann’s food reflect the important relationship between food, diplomacy and celebration. As we can see from her eclectic catering repertoire and the recipes she has generously shared, the tastes of Ann’s childhood continue to shape her cooking and business. Why not try making Ann’s Saltfish Souse at home, or if all the talk of blood sausage is making you feel uneasy why not try Rosamund Grant’s inventive recipe for ‘Vegetarian Black Pudding! 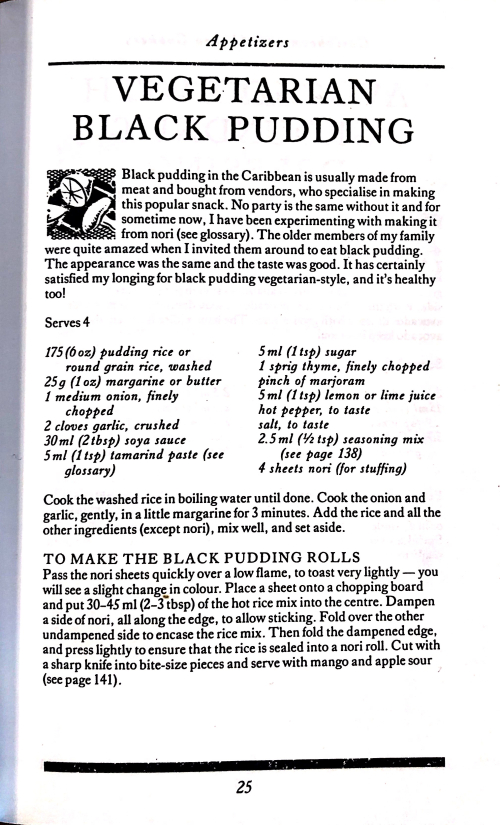 Thank you Ann Husbands for sharing your memories and thoughts with me.

Read the next blog in the Caribbean Foodways series - Joe Williams: 'the need for flavour'