Americas and Oceania e-Resources: An Introduction

In light of the recent unprecedented demand for digital materials, we’ve decided to run a year-long series of monthly blogposts highlighting the extraordinarily rich Americas and Oceania-focused e-resources that are held at the British Library. Although most of these e-resources need to be consulted in-person in the Library’s Reading Rooms, some are accessible remotely to Reader’s Pass holders and we are hopeful that this number will continue to rise.

In terms of content, e-resources fall into two broad categories: full-text and bibliographic. The former will give you all or most of a particular item, be that a book, journal article, map, letter, playbill, diary, logbook, newspaper article, photo or minutes of a meeting. The latter will simply provide you with citations which you then need follow up elsewhere - in the Library’s Main Catalogue, for example, or a catalogue at another institution. 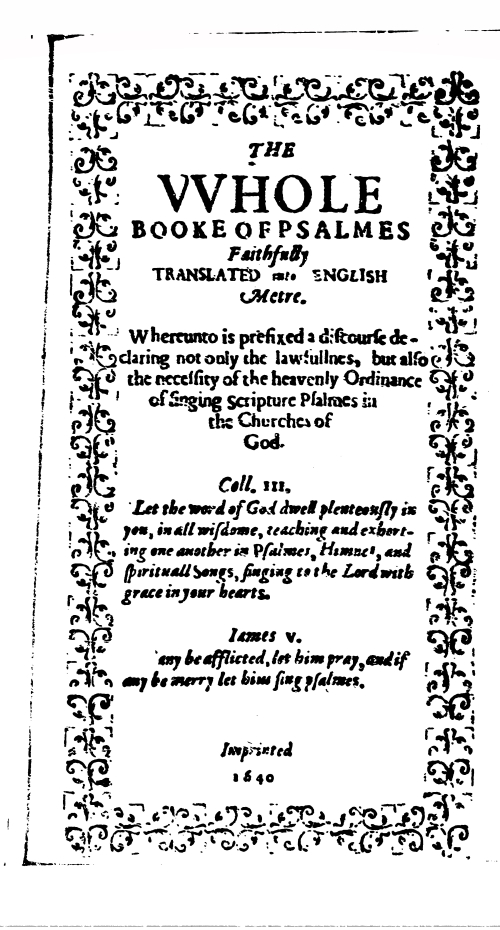 Fig. 1: The Whole Booke of Psalmes, 1640. This was the first book to be published in the American colonies. It can be found in the full-text, remote access e-resource 'Early American Imprints, 1639-1800.'

Over the coming year, these blogs will cover both types of e-resources (full-text and bibliographic) and will clearly flag the kind of access they offer (in-person or remote). Some will focus on particular subjects: for example, US politics, Oceania, or literature of the Americas. Others will focus on certain types of material. Next month, for example, we will look at newspapers, including historic newspapers from the Caribbean, Latin America and the US,  American Indian newspapers, communist newspapers and service newspapers of World War II; many of these are accessible remotely.

All of the Americas and Oceania e-resources can be found in the Library’s Main Catalogue.

However, if you don’t have any titles or you want to get a sense of what the Library holds, please browse the holdings by subject. Currently, there are 130+ e-resources listed under History, for example, many of which have Americas and Oceania content. And more than 110 are listed under American Studies, a selection of which includes: America in World War Two; American Civil Liberties Union Papers; Black Freedom Struggle in the 20th Century; Entertainment Industry Magazine Archive, 1880-2015; First World War Portal; Global Commodities: Trade, Exploration and Cultural Exchange; History Vault: African American Police League Records, 1961-1988; History Vault: Struggle for Women’s Rights, 1880-1990; The Nixon Years; North American Indian Thought and Culture; Slavery & Antislavery: A Transnational Archive; Trade Catalogues and the American Home; and Virginia Company Archives. 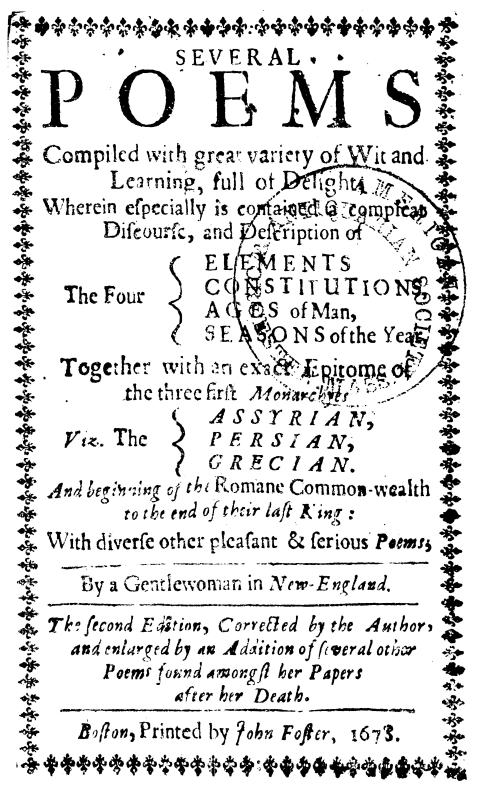 Fig. 2: Several Poems Compiled with Great Variety and Learning...(1678). This anonymous and posthumously published volume of poetry by Anne Bradstreet was the first work by a woman to be published in the American colonies. It can be found in the full-text, remote access e-resource 'Early American Imprints, 1639-1800.'

Finally, I’ll just say a few words about one of my personal favourites: Early American Imprints: Series I: Evans, 1639-1800.  Based on the 14-volume work by US bibliographer Charles Evans, this incredible database provides the full-text of almost every book, pamphlet and periodical published on American soil in the 17th and 18th centuries.1 And once you have a Reader’s Pass, you can access it whenever and wherever you wish! Among its many treasures are The Whole Booke of Psalmes (1640) – the first work published in the American colonies (Fig 1, above). Anne Bradstreet’s self-revised and posthumously published Several Poems Completed with Great Variety of Wit and Learning (1678) – the first book by a woman to be published in North America (Fig.2, above). And An Alphabetical Compendium of the Various Sects Which Have Appeared in the World…(1784) by Hannah Adams – the first woman in the United States to make her living as a writer (Fig. 3, below). 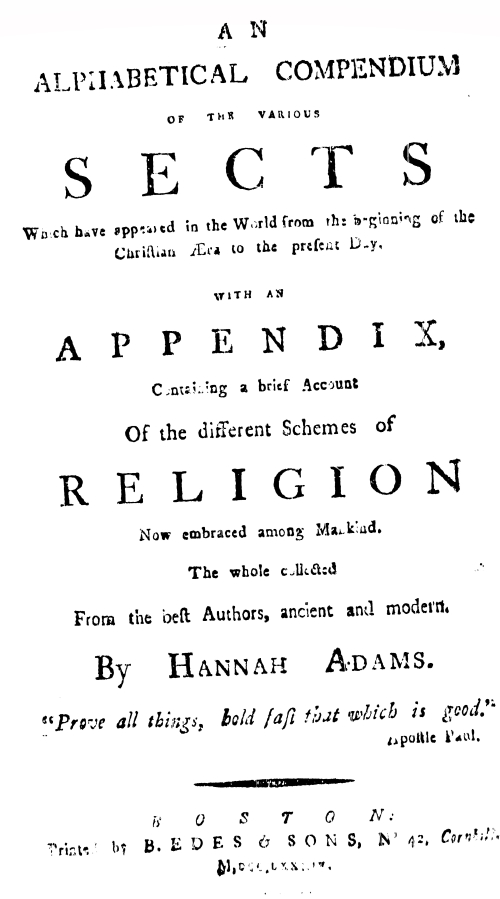 Fig. 3: Hannah Adams, An Alphabetical Compendium of the Various Sects...(1784). Adams was the first American woman to make her living as a writer and this was her first book; it can be found in the full-text, remote access e-resource 'Early American Imprints, 1639-1800.'

Next month we will look at the Library's huge range of Americas-focused e-newspapers.