This week the Eccles Centre is relaunching its Fellowship programme, which has been running in various versions and iterations since 2007. The programme has expanded considerably since its inception. First, the Centre’s geographical remit has expanded over the thirty years since it started, spreading from the USA to include Canada, then the Caribbean and now Central and South America. Second, we have attempted to embrace a more capacious notion of who a researcher is, what they do and what they make with their research. These changes reflect, we hope, both the rapidly changing landscape of higher education (including increasing precarity in the sector) and to acknowledge that meaningful reading, listening and thinking about the Americas can take place within and beyond academic institutions. Because the geographical scope and eligibility criteria have expanded, for this next round of Fellowships we wanted to offer some shape and coherence to the programme by introducing four research themes that applicants are invited to apply to. This new structure aims to bring researchers working across scholarly and creative disciplines into fruitful conversation with one another, building a cohort of Eccles-supported research coalescing around some of the most pressing questions in Americas studies. 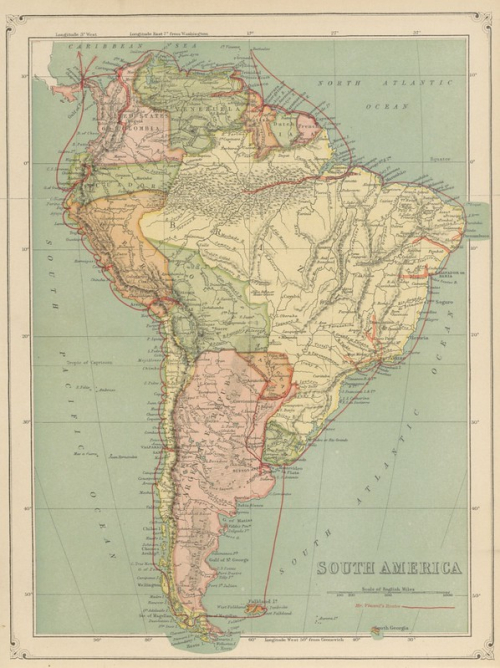 But what are these four themes and how did we come up with them? For the past few months we've been asking far and wide, canvassing opinion from colleagues throughout the Library and having a series of conversations with Eccles Centre networks across academia and the creative industries. As a result of this process we have landed on four topics which we hope will encourage use of often underused but rich British Library collections, and which are exciting areas of current social and cultural enquiry.

Although none of the themes specifically invite explorations of ethnicity and race, gender, sex and sexuality, or dis/abilities in Americas studies, we consider such perspectives to be foundational approaches to the study of the Americas and anticipate that they will be a central focus of many Fellowship projects. We look forward to receiving applications that explore the experiences and identities of the Americas in all their diversity and complexity.

Below are the four themes for the Eccles Centre Visiting Fellowships, 2022-24.

Sound and Music of the Americas
This theme centres on sound and music as both subjects and sources in studying the Americas. In particular, we encourage use of the sound archive and the collections of printed and manuscript music. The Library’s music collections are among the finest in the world, and have many resources for the study of the Americas. Recent or ongoing Eccles-supported projects include musical performance in eighteenth-century Jamaica, the folk songs of Henry Clay Work, and the politics of nineteenth century US sheet music. The sound archive is also an untapped trove for studying the Americas. Home to over 6.5 million recordings including speech, music, and wildlife and the environment recordings, there is still much to be discovered about the Americas through this material. Current or ongoing Eccles-supported projects include the creole music recordings of Jamaican ethnomusicologist M G Smith, and recordings of James Baldwin from British broadcasters and cultural organisations. As mentioned above, this theme encourages investigations into the sonic and musical aspects of the cultures of the Americas, and methodological innovations that use sound and music.

Americans Beyond the Americas
This theme seeks to flip the script on prevailing narratives which define the Americas by inbound migration – of invading armies, of free settlers, of bonded and enslaved workers. Not only can such narratives end up erasing the vitality of Indigenous presences before, during and after such waves of migration, but they can also encourage insular perspectives on the Americas which ignore the significance of Americans’ movement and action in the world (we use the word ‘Americans’ very much in the hemispheric sense here!). This theme invites researchers to consider how various American experiences and identities have been forged through military and colonial enterprise, travel and tourism, emigration and exile, to lands beyond the Americas. 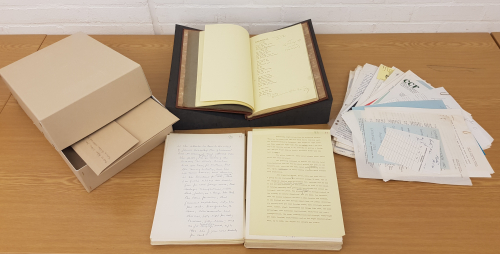 The Eccles Centre has supported a number of projects in this vein over the past few years including the experience of Native American and First Nations travellers to England during the eighteenth century; Black American loyalists and the settlement of Sierra Leone; African American abolitionist activism in the British Isles during the nineteenth century; the making of Caribbean community and identity in Britain during the twentieth century; and Latin American political exiles in London. These are just a few of the ways this theme could be approached and supported by the British Library’s collections, and we would be very excited to hear from researchers working on similar projects.

American Environments
This theme seeks to support researchers exploring the role of the environment and the natural world in the making of the Americas, and their futures. Environmental humanities has been one of the most dynamic intellectual fields to emerge over the past generation, and we are excited to support researchers asking new questions of the British Library’s collections from an eco-perspective . The Centre has recently supported researchers investigating ecological change in eighteenth-century Barbuda; the colonial origins of climate change in Canada through King George III’s topographical drawings; and an artist exploring the relationships between pigments and dyes and Jamaican identity. We also very much welcome projects that will apply eco-critical methodologies and insights to the Library’s literary print and manuscript collections, and which use collections such as the Library’s newspaper and government document collections to trace the development of environmental thought and policies in the Americas. 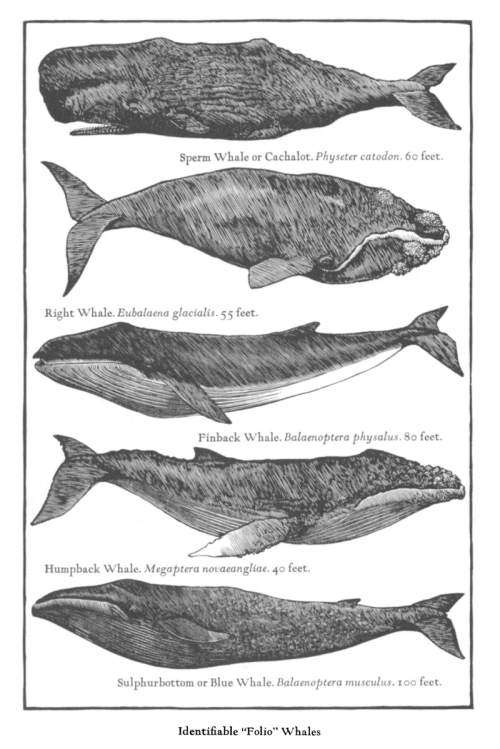 1979 Arion Press edition of Moby-Dick with illustrations of Melville’s 'folio' of whales in which he arranges them by folio, quarto, octavo, and so on, a playful homage to the 19th century works of natural science that influenced the writing of the book. Illustrations and copyright Barry Moser. Shelfmark C.105.k.4.

As well as artists, creatives and academics working with environmental humanities and associated perspectives, the Eccles Centre is keen to support social scientists, policy makers and natural scientists who feel they could productively develop their work on the Americas through a month at the British Library. As well as the historic collections for which the British Library is famous, the Library’s social science and science collections offer world-class resources to complement researchers’ field work or lab work, and we’d be excited to support that library work by anyone working on the environment in the Americas.

Religion and Spirituality in the Americas
The British Library has an outstanding collection of sacred texts and objects which bear witness to religious encounters and experiences in the Americas. Many of these items - the Library’s collections of Bibles and Psalters in Indigenous American languages, for instance - are not only of historic importance but are also highly contested items. This theme invites researchers to interrogate the British Library’s collections and ask often difficult questions about the role of religion and spirituality in the making of the Americas. The Centre has supported a number of projects in American religious studies, including studies of enslaved Africans’ spirituality in North America; Muslim identity and the Nation of Islam in twentieth-century Jamaica; and Indigenous spirituality at the Guyana-Venezuela borderlands. 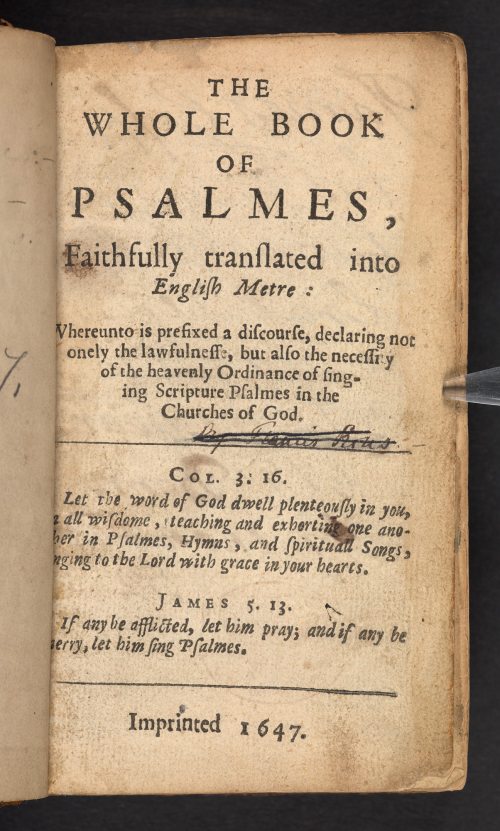 Religion in the Americas is of course not only a question of historic significance, but remains an issue of ongoing social, cultural and political concern. We are therefore also keen to hear from researchers interrogating recent and future religious trends in the development of the Americas, including (but of course not limited to) such issues as the rise of white evangelicalism in the USA and Latin America; religion and Indigenous activism; or the character of American secularisms and atheisms.

Finally, for those whose projects fall outside the scope of these four themes, don’t worry – you can still apply to fifth strand of the programme, an ‘open call’ for any project that demands the unique research materials or context of the British Library. But we particularly encourage potential Fellows to apply to one of the four themes, as Fellows will be appointed in equal number to each of the five strands.

Posted by jean.petrovic@bl.uk at 5:14 PM