Frank’s book led me to the wider holdings of Cherokee language materials at the British Library and helped me understand and follow the printing networks found across the materials. In his book on Sequoyah, Grant Foreman writes that ‘the most nearly complete file of this newspaper in existence is one of the prized possessions of the British Museum, in London’ and the British Library holds almost the entirety of this newspaper in microform. However, the library also holds materials tangential to the story of the Cherokee Phoenix.

It seems appropriate to begin with Sequoyah, the Cherokee inventor who completed his syllabary in 1821 and committed the Cherokee language to writing (see first blog). Whilst Sequoyah was driven by a fascination for the written word he was also an enchanting and powerful orator, a skill that never diminished in commitment to writing. In 1840, author and playwright John Howard Payne interviewed Sequoyah for his ‘true history’ of the Cherokees. The translator- so captivated by Sequoyah’s retelling- refused to interrupt and eventually forgot to translate anything. Sat in the corner with his ink, pen and paper, Payne was ‘entirely forgotten by the rest of the audience’. Payne (albeit briefly) features in events after the demise of the Cherokee Phoenix newspaper. On November 7th 1835, Payne was accidentally caught up in the arrest of Chief John Ross during a visit that was deemed suspicious. Payne’s name and interest can be found in the library’s copy of The Gospel of Jesus Christ According to John: Translated into the Cherokee Language (1838). The owner- a William Wrixon Leycester- writes in the front: ‘given to me on the 10th of Jan 1843 by my esteemed friend John Howard Payne’ (Fig 1, below). 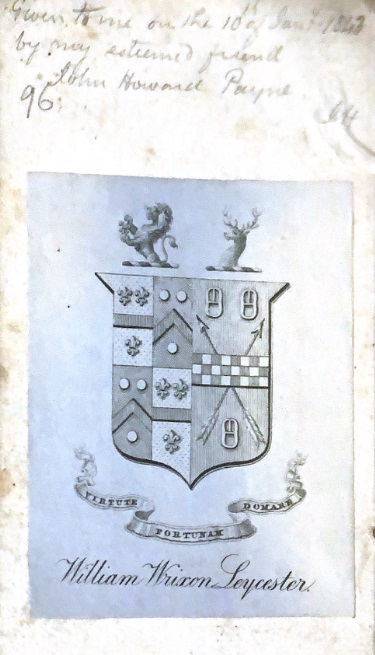 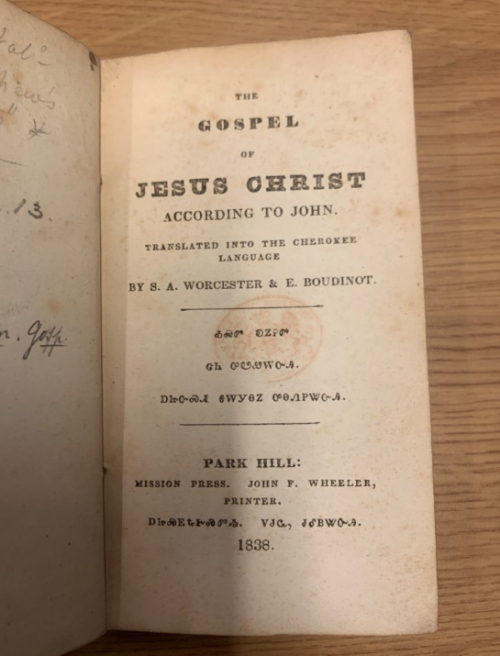 Fig 1: The Gospel of Jesus Christ according to John. Translated into the Cherokee language by S. A. Worcester & E. Boudinot, printed by John Wheeler at Park Hill: Mission Press, 1838 (British Library shelfmark: 3070.de.13)

In 1834, the last Cherokee Phoenix was printed at New Echota. The printer for the newspaper, John Wheeler, moved westward, followed in 1835 by the missionary, Samuel Worcester and the printing apprentice John Candy. A new press was set up in Park Hill, where Wheeler, Worcester and Candy continued to work together. Boudinot arrived at Park Hill in 1837, but Worcester was wary of collaborating with him due to Boudinot’s support of the Treaty of New Echota. 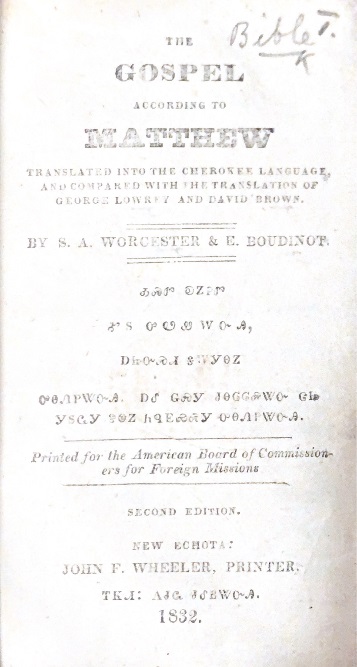 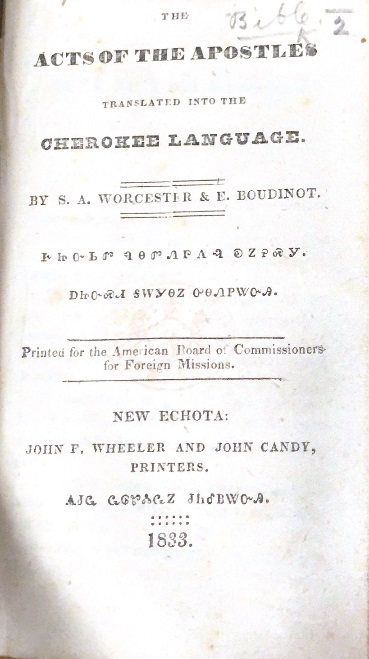 The movement of the printing networks can be easily read across the collections. The library’s holdings of the earlier output from New Echota attributed to Worcester, Boudinot and Wheeler are bound together and include a second edition of The Gospel According to Matthew (1832), The Acts of the Apostles translated into the Cherokee Language (1833) and a fourth edition of Cherokee Hymns (1833) (Fig 2, above) The stamps indicate that the British Museum Library acquired these materials on the 2nd of August 1892. The library’s later holdings reflect the move to Park Hill and consist of later reprints of Boudinot and Worcester’s works as well as other outputs, such as a Cherokee Primer (1846) and the Swiss Peasant by Rev. Caesar Malan in Cherokee (1848) (Fig 3, below). The stamps indicate that the library acquired these materials in August and September of 1889, a few years before the New Echota materials. 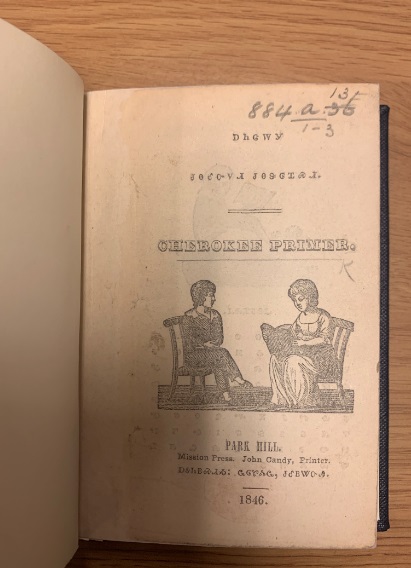 The Gospel of Matthew was one of the earliest printed materials in Cherokee. Translated by Major George Lowry and corrected by Worcester and Boudinot, two chapters were published each week in the Cherokee Phoenix. In 1829, the Cherokee Phoenix also reported that 200 copies were requested for the Cherokee Brainerd Book Society and Worcester sent a copy of The Gospel of Matthew to Georgia Governor Gilmour as proof of the ‘good work’ being done among the Cherokee. The library holds multiple editions. Most striking however, is a later fourth edition printed in 1844 at Park Hill by John Candy (fig 3, see below) which can be digitally accessed. The book is inscribed with Cherokee characters by Richard Taylor who was at one time Assistant Chief and delegate to Washington. It reads:

Presented, through Henry Stevens Esquire of Boston, to the Library of the British Museum London, by Richard Taylor of the Cherokee Nation. Washington, April 15th, 1848. The above is a translation of the Cherokee written on the opposite page by Mr Taylor.

Henry Stevens was book agent to the British Museum Library. 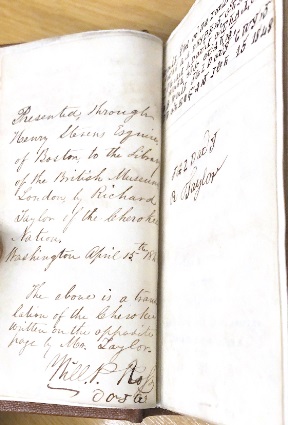 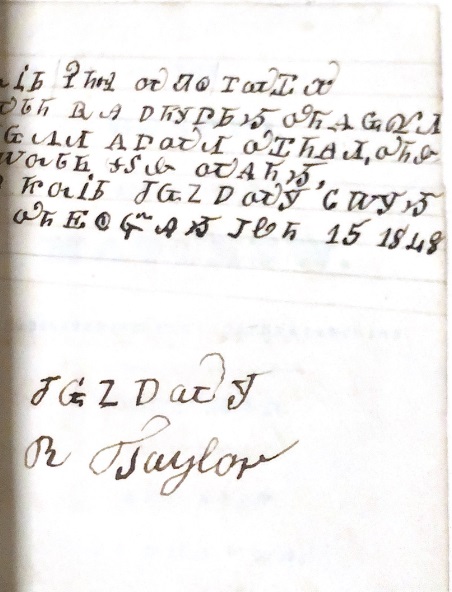 Fig 3: The Gospel According to Matthew. Translated into the Cherokee Language, Park Hill: Mission Press, 1844 (BL shelfmark 3070.a.15)

This blog includes a snapshot of the library’s holdings of Cherokee language materials. My hope is to keep exploring these collections.

Posted by Americas Team at 1:13 PM