How can electronic resources help with literary research? In this brief blog I consider a number of electronic databases to which the Library subscribes, and look at the ways in which they can be of use for literature scholars and any Library reader looking for information on authors, movements and texts. All resources can be accessed from our Electronic Resources page, and some are available remotely once you get your free Reader Pass.

Databases of digitised periodicals are often the most rewarding electronic resources. While nothing compares to spending an afternoon immersed in magazines in the reading room, these databases enable you to search across a large number of issues and titles for articles by or about an author. If you are studying the reception of a literary work, digitised periodicals make searching for reviews across several titles much easier. Digitised newspapers and magazines are helpful to track down uncollected publications by a writer, and to study the context in which their short stories, poems or articles were originally published. In the case of authors who had longstanding relationships with a specific publication, research on these databases can yield rich results. For instance, a reader interested in the American writer Langston Hughes who searches the digital archive of the Baltimore Afro-American will be able to read his articles and war reporting, his poetry and reviews of his published collections, reports of readings and lectures he gave, news about the staging of his plays, and even his autobiography The Big Sea, which was serialised in the newspaper. 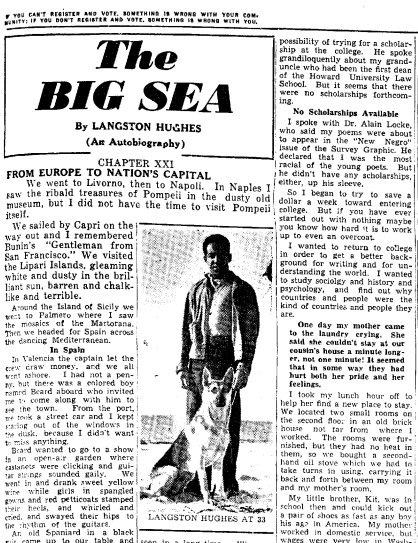 The Library’s databases of periodicals range from little magazines connected to literary movements to middlebrow publications and periodicals for children. Among other titles, the database Interwar Culture provides access to the influential American literary magazine The Dial, edited by Scofield Thayer and Marian Moore in the 1920s. Those inspired by the centenary of T.S. Eliot’s The Waste Land this year will be able to read the poem in The Dial, where it was first published in America in November 1922. 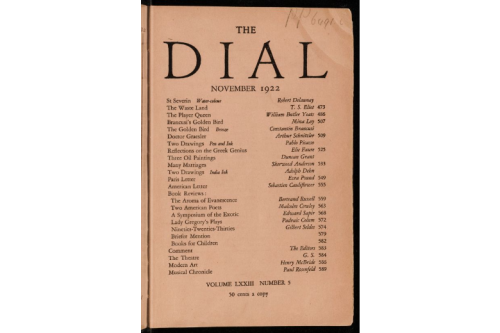 Fig 2: The November 1922 issue of The Dial, containing T.S. Eliot's The Waste Land. Accessible at the British Library on the e-resource 'Interwar Cultures'.

A popular resource in the reading rooms is the US Vogue Archive, which my colleague Polly Russell mentions in an earlier blog in relation to its relevance to women’s studies. Researchers focusing on the history of literary journalism are likely to find articles of interest. Joan Didion, who worked for Vogue from 1956 to 1964 and became an assistant features editor for the magazine, published her influential essay “Self-respect: Its Source, Its Power,” in the August 1961 issue. 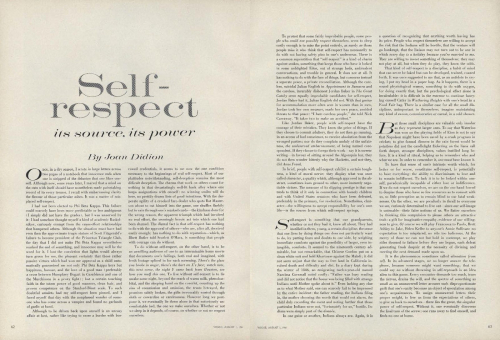 Fig 3: "Self-Respect: Its source, its power" by Joan Didion, Vogue August 1961 issue. Accessible at the British Library on the e-resource 'Vogue Archive'

In addition to periodical databases, the Library subscribes to other resources that can facilitate literary research. Bibliographic databases Book Review Digest Retrospective: 1903-1982 and Book Review Digest Plus (which covers 1983 to date), contain excerpts of reviews of English language adult and children’s fiction and non-fiction.

The Dictionary of Caribbean and Afro–Latin American Biography, edited by Franklin W. Knight and Henry Louis Gates, Jr., provides a comprehensive overview of the lives of Caribbeans and Afro-Latin Americans of historical significance, including speakers of Creole, Dutch, English, French, Portuguese, and Spanish. An extremely valuable resource for any scholar studying the African Diaspora, it contains concise entries that explore individuals’ lives and their major contributions, in addition to a brief bibliography for further research. Writers Paulette Poujol-Oriol, Nancy Morejon, and Yolanda Arroyo Pizarro are some of the names featured in the Dictionary.

Finally, if you are researching an Australian author or movement, AusLit, published by the University of Queensland, will be of help. It contains biographical and bibliographic information about Australian writers and their works. Helpfully for those who don’t have access to a physical library, AusLit also lists full-text works, including poetry, prose and criticism freely available online. Those studying Aboriginal and Torres Strait Islander writers and storytellers will be interested in their site BlackWords, which records information about authors, their works, and the traditions that influenced them, as well as teaching materials and other resources. 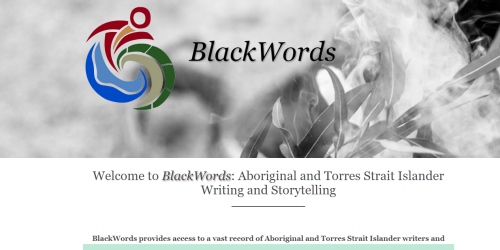 Fig 4: BlackWords: Aboriginal and Torres Strait Islander Writing and Storytelling website.  Accessible at the British Library on the e-resource 'AusLit'.