Electronic Resources for US Politics

As we continue our series highlighting the breadth of electronic resources available for researchers at the British Library, this blog will discuss some of the collections which can support those exploring US Politics and Political History. All resources can be accessed from our Electronic Resources page, and some are available remotely once you get your free Reader Pass. All previous posts in the series can be found here.

There are many resources which can help uncover the operation of government, with Congress being especially well represented. The Congressional Record Permanent Digital Collection 1789-1997 and the US Congressional Serial Set 1817-1994 provide impressive levels of insight into the legislative process. The Congressional Record is a substantially verbatim account of the remarks made by Senators and Representatives while they are on the floor of the Senate and the House of Representatives (the equivalent of the UK’s Hansard). It also includes all bills, resolutions, and motions proposed, as well as debates, and roll call votes. The Serial Set is comprised of the numbered Senate and House Documents and Senate and House Reports, bound by session of Congress. There is also a dedicated selection of maps with the Serial Set. The Serial Set, and its maps, can be accessed remotely by registered Readers. The maps can be browsed by State as well as topic. The image below shows the Indian Reservations in the United States in 1940. 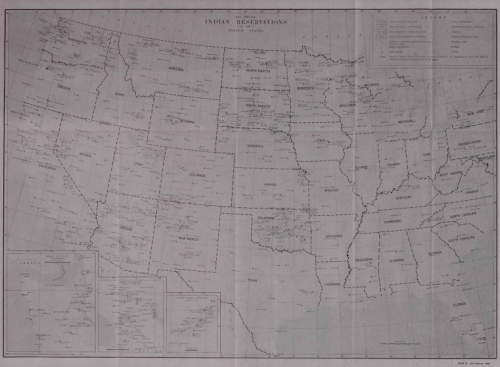 The Library’s selection of electronic resources is very wide, and it is worth looking at resources which may not seem immediately ‘Political Studies’ yet may still hold relevant material. For example, the American History, 1493-1945 resource is drawn from the diverse collections of the Gilder Lehrman Institute of American History in New York, and has some fascinating collections including materials related to the private lives of First Ladies, and Presidential Pardons. Below is part of the pardon by President Polk of an elderly counterfeiter, Samuel Howard, convicted of passing counterfeit coin and sentenced to three years’ imprisonment, who was pardoned due to age, previous honesty, his family’s dependence on him, the small amount of counterfeited money involved, and the judge’s recommendation for clemency. 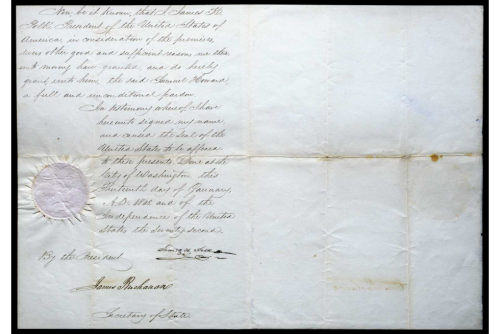 Presidential authority to the Secretary of State to affix the seal to the pardon of Samuel Howard, 13 January 1848, Collection Reference Number, GLC00045.08. (Accessed via American History, 1493-1945.)

Similarly, there are many aspects of US domestic politics which are well-covered in other thematic resources focused on different identity groups, such as women’s suffrage campaigns, LGBTQ+ political activism, and African-American civil rights campaigns and political activism. For example, the African American Communities resource holds legal papers of justices and policymakers which shed light on the politics around busing and school desegregation, including the Algernon Lee Butler Papers, 1928-1978, from the Southern Historical Collection at the Wilson Library, University of North Carolina at Chapel Hill. The Butler Papers consist of Butler's political, legal, and personal papers from 1928 until 1978. Featured are a wide variety of writings and speeches Butler produced on political, educational, and civic topics, including materials relating to school desegregation and civil rights cases. 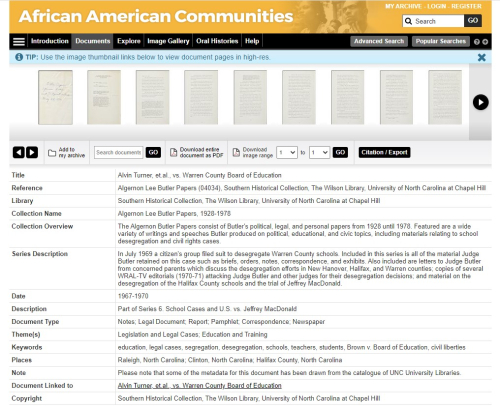 There are many full-text US newspapers available in the electronic resources, which were covered in this earlier post. These newspapers are a fantastic resource for many aspects of US social and political life. Importantly, these don’t just include historical newspapers. The British Library subscribes to the excellent NewsBank: Access World News resource, which is available via Remote Access for registered Readers. This is an extraordinary database and an excellent resource for events from the 1980s to the present, including full-text coverage of more than 1300 American dailies such as the Boston Herald (1991 to the present) and the New York Post (1999 to the present); transcripts of more than 200 major TV news and radio programmes including 60 Minutes (2004 to the present) and Fox News Channel (2003 to the present); full-text coverage of more than twenty news magazines; output from more than 300 web-only sources; and access to more than 80 newswires. Finally, our electronic resources are very strong on US foreign policy and international relations, particularly how other countries viewed the US. These include the Confidential Print: North America, 1824-1961 collection which comes from the National Archives at Kew and contains British Government documents covering the US (as well as other parts of the Americas). The collection covers topics such as slavery, Prohibition, the First and Second World Wars, racial segregation, territorial disputes, the League of Nations, McCarthyism and the nuclear bomb. For a broader global perspective, researchers can explore the excellent Foreign Broadcast Information Service (also available via remote access). FBIS was a US government operation which translated the text of daily broadcasts, government statements, and select news stories from non-English sources. The idea was to understand more about foreign opinion of the United States and its policies. It is an archive of 20th century news from around the world, offering global views on US foreign and domestic policy after World War II. The documents cover the Cold War, the Middle East, Latin America, the Soviet Union and more. Below is an example from the Soviet Home Service criticising America’s perceived plans in Asia as it ended the official postwar occupation of Japan. 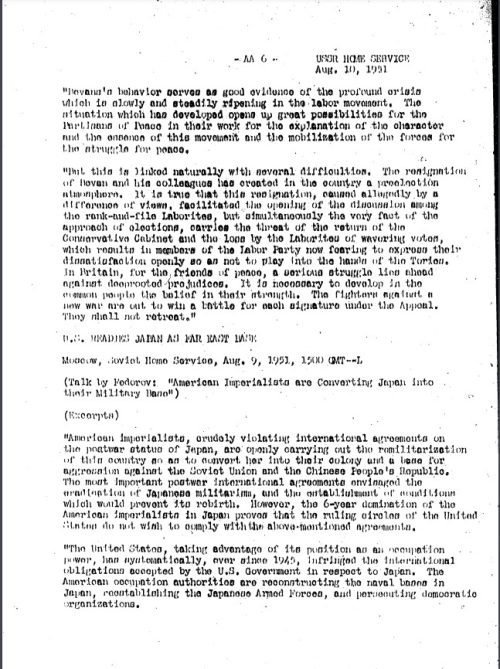 This whirlwind tour of the Library’s e-resources has just scratched the surface, but it does give an indication of the wide range of collections which include materials helpful for both historic and contemporary US Political Studies. For those interested in diving further into US politics at the Library, do check out the Collection Guide for US Federal Government Publications.

Posted by jean.petrovic@bl.uk at 3:57 PM