In this first installment of a series of blogs, Philip Clark shares his experience of being a 2022 Eccles Centre and Hay Festival Writer’s Award winner. The Writer’s Award offers £20,000, a year’s residency at the British Library to develop a forthcoming book, and the opportunity to showcase work at Hay Festival events in the UK and Latin America. Philip’s book – Sound and the City – will be a history of the sound of New York City and an investigation into what makes New York City sound like New York City.

At last, I’ve made it. After two years of pandemic travel bans, followed by an embarrassing gaffe with my visa back in January, I’m writing this blog sitting in the café at Barnes & Noble bookstore on Union Square in New York City. Since my arrival, I’ve checked in religiously every morning at 9am for a few hours’ writing; ingrained habits, even when in the city in which we’re told sleep is optional, die hard. Wake up, write. That’s the rhythm. The Barnes & Noble café – the equivalent of the café in Foyles, Charing Cross Road, my usual haunt – is quiet, comfortable and studious. I write surrounded by fellow scribes and ferocious readers – also a young couple gazing into each other’s eyes over a chessboard, who were here yesterday, too. This café has character, although not so much character that I’m distracted from my work. And best of all – the book I’m writing, Sound and the City, a history of the sound of New York City, will, in a few years’ time, be sitting on one of the shelves here. In this space where it was partly written, an idea which appeals to me very much. 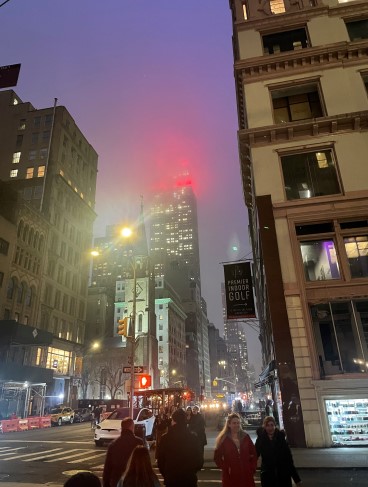 My book opens an investigation into what makes New York City sound like New York City, a soundscape completely different from, say, London, Paris or Berlin. What my book is not is a history of music in New York. Instead, the project is to piece together interwoven histories from architecture, geology, immigration, politics and city planning to explain the unique relationship this city has with sound. Alongside, I’m exploring how writers and musicians who have called this endlessly fascinating resonating chamber home have dealt with the sound of the city – a long, impressive role-call that includes Henry James, John Dos Passos, Antonín Dvořák, Edgard Varèse, Duke Ellington, John Cage, Charlie Parker, Miles Davis, Philip Glass, Bob Dylan, Meredith Monk, Ornette Coleman, Debbie Harry, Lou Reed, Don DeLillo, Grandmaster Flash, Cecil Taylor, Gloria Gaynor, DJ Kool Herc and Wu-Tang Clan. 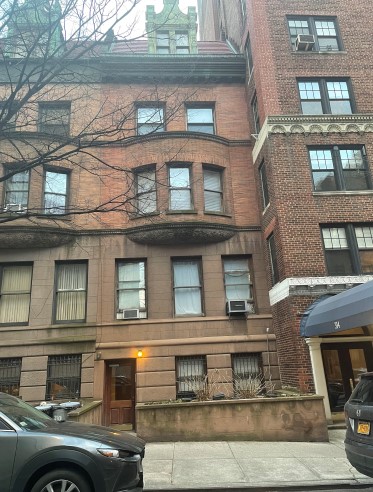 What does New York do to an artist’s sense of pacing, proportion, structure? Of the sort of material they’re minded to put into their work and the way it behaves once they’ve put it there? In his memoir Words Without Music, published in 2015, Philip Glass claimed “My music sounds like New York”. Which is undoubtedly true. But so does the bebop of Charlie Parker, the modernist composition of Edgard Varèse, the rock of Debbie Harry and the nimble vocal gymnastics of Meredith Monk – none of which sound remotely like Glass. Could factors beyond musical style and idiom knit all this work together? It is my duty to find out.

As life drifted on between lockdowns, and I wondered whether travel would ever be a realistic proposition again, a fantasy New York ran riot inside my imagination. That said, ever since I discovered modern jazz, West Side Story, Morton Feldman and Bob Dylan in my mid-teens, some thirty-five years ago, I have always carried around my own inner-New York. The environment of the city, transferred to reality, felt entirely familiar to me when I started visiting seriously around 2005, testament to how much information its sonic footprint carries within it. New York played a crucial role in my previous book, a biography of the jazz pianist Dave Brubeck, A Life In Time, but there I needed to curb my enthusiasm; editing out superfluous city history became a continual necessity. Now the time has come to fully understand my New York fixation – why that fascination with the sound of its sound, and the sound of its music, has never left me alone.

Last year was spent immersing myself in histories of the city, and also in a pair of works that I knew would give my book its starting point: Edgard Varèse’s orchestral Amériques and John Dos Passos’ Manhattan Transfer. Dos Passos’ novel was published in November 1925, with the premiere of Varèse’s composition following only a few months later in April 1926. The degree to which these panoramic captures of the city mirror each other virtually word-to-note and note-to-word is uncanny. The steamboat whistles and fire engine sirens which Dos Passos describes so vividly are not merely evoked in the fabric of Varèse’s music – he literally wrote both machines into his piece, urban objets trouvés he made sing and holler. 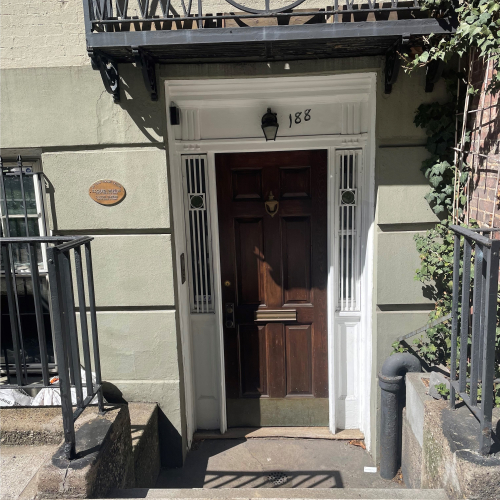 Surely Varèse and Dos Passos had enjoyed long discussions about the meaning of art, life and the universe itself in various hostelries around the East Village? The closeness of their art suggests they must. Having won the Eccles Centre and Hay Festival Writer’s Award at the end of 2021, and now with the whole British Library at my disposal, this was one of the first questions I set out to answer: did they ever meet? Varèse, I read, enjoyed the company of the composers Carl Ruggles and Carlos Salzedo, the conductor Leopold Stokowski, the violinist Fritz Kreisler, the artist Marcel Duchamp – and there is also a documented encounter with the writer Theodore Dreiser. Dos Passos’ associates at the time included the writers E E Cummings, Hart Crane and Dawn Powell. At the British Library, I was very happy to find an extended critique by Sinclair Lewis of Manhattan Transfer, published in 1926, in which Lewis describes Dos Passos’ novel as “the moving symphony itself” and talks up the central role sound takes in the narrative (although Lewis’ respect for Dos Passos was, sadly, not reciprocated).

Plotting the various addresses before I left home where Dos Passos and Varèse lived in the mid-1920s – and then this week walking between them – I discover that they criss-crossed each other constantly and, during different periods, lived but a few blocks from each other. The hotel in which Varèse took up long-term residence when he first arrived from his native France in 1916 – The Brevoort on the corner of 8th Street and 5th Avenue – is where two characters in Dos Passos’ novel, Elaine Oglethorpe and George Baldwin, conduct their affair.

Novelist and composer are traceable to some of the same bars and cafés. Romany Marie’s famous bistro-tavern, the place in the Village where artists, musicians and writers met to talk, was a regular meeting place of Varèse’s – and surely Dos Passos went there too. Walking a block from 188 Sullivan Street, Varèse’s home from 1925 until his death in 1965, I find Caffe Reggio – the first café to bring cappuccino to the city is the boast – which opened its doors in 1927. Given Dos Passos’ love of European culture and Varèse’s yearning to find tastes of Europe in New York, could their paths have crossed there? And then there’s McSorley’s Old Ale House, opened around 1860, and subject of a poem by Dos Passos’ close friend E E Cummings. And we know that Varèse loved ale. His wife, Louise, in her memoir, Varèse: A Looking Glass Diary, tells us how he took a shine to a barmaid – who called him ‘Dearie’ – in a London pub, near Broadcasting House, when the BBC performed his piece Hyperprism in 1924. Degrees of separation melt away by the moment. 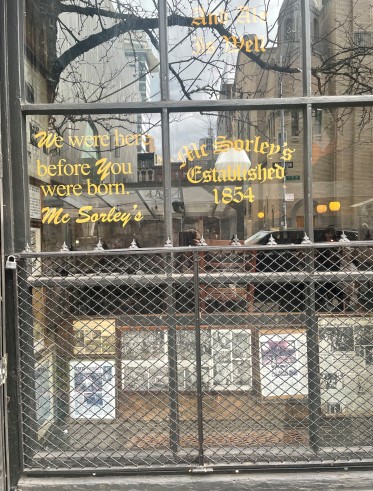 But even if they managed never to meet, my thesis holds firm. Varèse and Dos Passos walked those same sidewalks, listening deep into the sound of the city, and you feel that kinship in the work they produced. New York works as an artistic matchmaker apparently – even when artists are not aware it is happening.

Posted by jean.petrovic@bl.uk at 4:02 PM