US Radicals in Revolutionary Mexico

Owen Walsh is a Lecturer in Modern History at the University of Aberdeen and was a 2021 Eccles Centre Visiting Fellow at the British Library.

NB: This article contains historical images and descriptions relating to slavery which readers may find upsetting.

‘We are not safe in the United States’, warned the Jewish intellectual Anita Brenner in 1943, ‘without taking Mexico into account’. This fact of North American interdependence, she argued, ‘is something that Mexicans have long known, with dread, but that few Americans have had to look at.’1

My research at the British Library has been motivated by a conviction that scholars of US culture and political radicalism in the early-mid twentieth century have too often averted their gaze from Mexico while chronicling the making of an internationalist American Left. The Mexican revolutionary era, spanning c. 1910-1940, was the first major revolution of the twentieth century and a key moment in the unfolding of the global anticolonial struggle. The Revolution’s cultural legacy was described by Brenner and other contemporary critics as nothing less than ‘the first great modern art created in America’.2

My work in the British Library marks the start of a project in which I explore the travel experiences and writings of Leftist US intellectuals in revolutionary Mexico. The project traces the impact of Mexico, its rapidly changing culture and its inspired people, on radical cultural formations (New Negro writing, the proletarian literature movement) in the interwar United States. The rare books and radical journals contained in the British Library’s collections have been indispensable for this work.

The list of figures who might be included in a history of American travel in revolutionary Mexico is long and distinguished. Leftist journalists John Reed, Lincoln Steffens, and Ernest Gruening wrote sympathetic and romantic reports of the political and military struggles of the era. Future leading Communists Mike Gold, Charles Shipman, and Lovett Fort-Whiteman passed through the country and participated in the germination of revolutionary labour unionism and embryonic Party organisation. Major writers of American modernism including John Dos Passos and Langston Hughes found inspiration in Mexico and mixed with the cosmopolitan cultural networks around Mexico City.

During the most violent phase of the revolution in the 1910s, most of the American visitors were journalists seeking an unmediated view of the chaotic cascade of conflicts – over land, liberty, and individual egos – which together constitute the Mexican Revolution. Through the 1920s and 1930s, political and cultural pilgrims flocked to Mexico. They were often escaping persecution, but they also sought to witness and report on the social conflicts that continued to convulse their southern neighbour and to draw inspiration in their own mission to build a modern, socialist cultural order in the US.

In this short post, I want to focus on one of the earliest and most influential accounts of Mexican society in the era of revolution. Published in 1911, Barbarous Mexico (Chicago: Charles Kerr & Co.; British Library shelfmark 10481.pp.11), was a sensational exposé of life under the rule of the pre-revolutionary dictator Porfirio Díaz. It was the product of investigative reportage by John Kenneth Turner with the help of Lázaro Gutiérrez de Lara. It helped to ignite a movement in support of the radical Magón brothers (Mexican revolutionaries imprisoned in the US) and informed American sympathies with the Mexican Revolution for years to come.

Turner journeyed to Mexico in the immediate pre-revolutionary period, in 1908 and 1909, after hearing rumours of slavery prevailing in large swathes of the country, which was under the political and financial domination of US capitalism. Much of his reporting was done undercover, using disguises and employing the anti-Díaz activist Gutiérrez de Lara to help bridge cultural gaps, build networks, and provide translations. Turner’s travels took him across Mexico, from the Yucatán peninsula, where the henequen plantations were worked by indigenous Yaqui people enslaved after defeat in their war with the Mexican state, to Valle Nacional in Oaxaca, ‘the worst slave hole in Mexico’, where a racially mixed population were forced to labour on tobacco farms by the mostly Cuban planters and the Porfirian state authorities.3 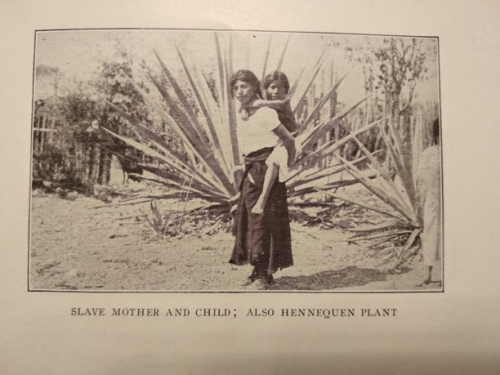 Throughout Barbarous Mexico, Turner was concerned to connect the problem of slavery in Mexico with American policy. Turner’s definition of slavery was somewhat specific and limited: ‘the ownership of the body of a man, an ownership so absolute that the body can be transferred to another, an ownership that gives to the owner a right to take the products of that body, to starve it, to chastise it at will, to kill it with impunity.’4 But in Barbarous Mexico, Turner explores slavery in various subtle forms, including the informal trading of people that occurred under the legal guise of debt peonage. Indeed, in his introductory remarks Turner’s use of the slippery term ‘slavery’ went so far as to describe the imperial relationship between the two North American republics in the same terms. The US, Turner wrote, ‘enslaves the Mexican nation’ while the US media collaborated with the Porfiriato to keep ‘the American public in ignorance’.5 Such political arrangements, Turner is careful to point out, is what defines Mexico as ‘barbarous’, rather than any deficiency of its people.6 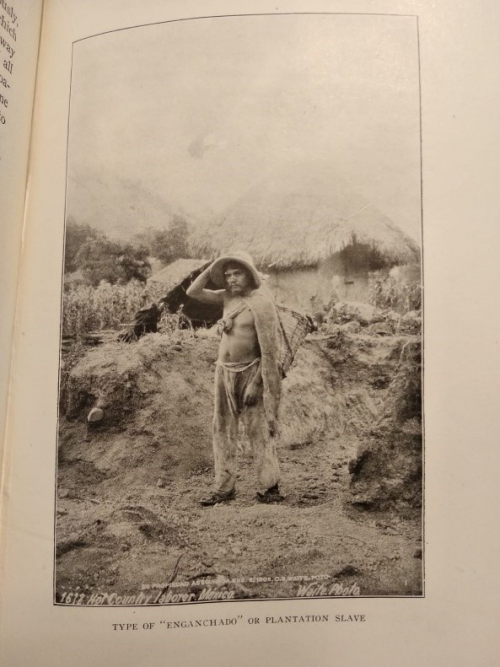 Despite its republican trappings, Díaz’s Mexico had discarded constitutional rule and the rights ‘which all enlightened men agree are necessary for the unfolding of a nation’.7 Confronted with such a nation, Turner presciently wrote that the ‘country is on the verge of a revolution in favor of democracy’.8 When the Revolution did come, Turner was a leading figure in the US solidarity movement, and he went on to pen a book-length argument against US intervention.

The concerns in Barbarous Mexico with republican principle and democratic rule override any specifically socialist propagandising in Turner’s account. But his work could only find an audience via the socialist press. Turner’s despatches were published first in the Socialist Party-aligned newspaper Appeal to Reason. The success of these articles opened a route for him to publish in the liberal American Magazine, which soon closed due to the backlash fuelled by the well-funded Porfiriato lobby. The only publisher who accepted Turner’s book was the socialist Charles H. Kerr and Co.

The role Turner and his Appeal to Reason comrades played in exposing forced labour in Mexico demonstrates the continuous histories of socialist, abolitionist, and anti-imperialist politics in the US. In making his report on slavery in the province of Yucatán, Turner’s mind repeatedly returned to ‘the slaves of our southern states before the Civil War’.9 The comparison invites us to imagine that Turner was consciously mimicking the abolitionist journalism of nineteenth-century journals such as William Lloyd Garrison’s The Liberator. Like his abolitionist forebears, Turner sought to puncture the well-funded lies of a southern slaveocracy with terrifying reports and haunting visual evidence of injustice and brutality carried out with the sanction of the US state. 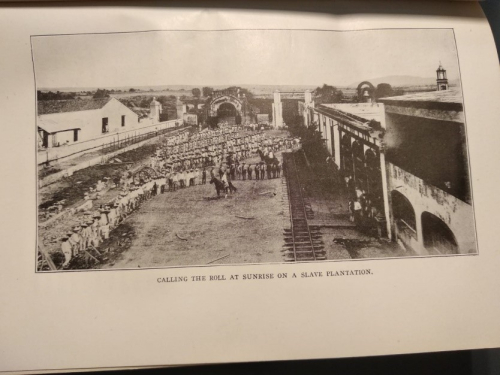 Many of the thematic concerns, rhetorical strategies, and ideological negotiations that operate in Turner’s important text continued to be visible in writing by American radicals on Mexico for many years. Time and again, American radicals called on their readers to look favourably on the Revolution, to oppose US meddling in Mexican affairs, and to visualise the Mexican people as a noble and patriotic mass struggling for freedoms that were already familiar – and dearly held – to most Americans. Such appeals combined mainstream republican principles with the radical thrust of American socialism, and were often aided by Mexican Leftists who deeply understood the vulnerabilities and opportunities that come with being a subordinate neighbour to the US.

Posted by jean.petrovic@bl.uk at 2:08 PM