Please note: all of these resources can be accessed remotely with a British Library Reader Pass.

Entertainment Industry Magazine Archive, 1880-2015 covers the history of the film and entertainment industries, from the era of vaudeville and silent movies through to the 21st century. It includes numerous trade magazines which have effectively provided the main historical record for their subject areas throughout the 20th century – Variety (1905-2000), The Hollywood Reporter (1930-2015), Billboard (1894-2000) and Broadcasting (1931-2000) – as well as more specialist titles, such as American Cinematographer (1930-2015), Backstage (1961-2000) and Emmy (1979-2015). The inclusion of consumer and fan magazines enables researchers to retrieve industry news items, features on technological breakthroughs and in-depth interviews with major artists, together with photographs and illustrations, gossip columns, listings, reviews, charts and statistics. Items such as advertisements, covers and short reviews of films, music singles or other works have been indexed as separate documents enabling researchers find all the relevant material for their search topic.

Men’s Magazine Archive contains a handful of US titles, with two being particularly notable. Founded in 1845, the tabloid-style National Police Gazette was in print for over 120 years and initially covered matters of interest to the police – in particular, lurid murders and Wild West outlaws. It also focused on sport, and its plentiful images of burlesque dancers and strippers meant it was a fixture of nineteenth and early twentieth century barber shops. In many ways, the Gazette was a forerunner to illustrated sports weeklies, girlie magazines, celebrity gossip columns, and sensational journalism. Published in New York, The Argosy/Argosy was one of the “big four” pulp (all-fiction) magazines. It had many different iterations, and its writers included Upton Sinclair, Zane Gray and the former dime novelist William Wallace Cook. From the early 1940s, much of its fiction content was replaced by “men’s magazine” content. The magazine ceased publication in 1978. Trench Journals and Unit Magazines of the First World War contains over 1,500 journals and magazines written and illustrated by service personnel in the infantry, artillery, air force, naval, supply and transport units, military hospitals and training depots of all combatant nations. Not only did these magazines create a sense of esprit de corps and raise the spirits of the unit through humorous stories, poems, jokes and parodies, but they also documented the unit’s unique circumstances and experiences. The vast and previously unrecognised corpus of war poetry, written by a multitude of hitherto unknown poets, offers a vital counterpoint to the more established authors who emerged from the Great War. NB – a similar resource, Service Newspapers of World War II, was covered in our e-resources blog in November 2021. 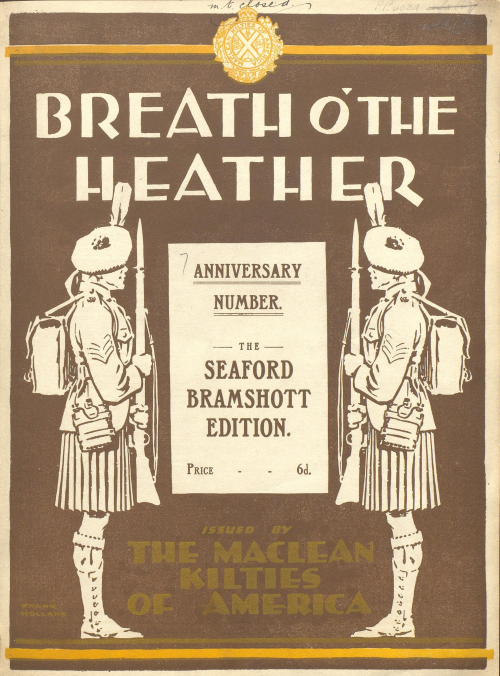 Underground and Independent Comics, Comix and Graphic Novels is the first-ever scholarly online collection for researchers and students of adult comic books and graphic novels. From the first underground comix of the 1960s, to the work of modern sequential artists to the present day, it covers the full spectrum of this visual art form and offers 200,000 pages of original material alongside interviews, commentary, criticism, and other supporting materials. Please note that it contains graphic material that some may find offensive.

Vogue Archive contains the entire run of US Vogue, from its founding to the present day and includes all text, graphics, ads covers and fold-outs, indexed and in colour. Vogue was founded in New York in 1892 as a weekly society paper catering for Manhattan's social elite. After being purchased by Condé Nast in 1909, not only did the quality of the paper, printing and illustrations all improve, but there was a new focus on fashion and the magazine quickly became one of the icons of the modern age. The Archive’s contents represent the work of the greatest designers, photographers, stylists and illustrators of the 20th and 21st centuries and are a primary source for the study of fashion, gender and modern social history.