Devin Leigh was a 2019 Eccles Centre Visiting Fellow. He received his PhD in History from the University of California at Davis in 2021, and teaches at a number of institutions in the San Francisco Bay Area.

If someone wanted to study the modern history of Africa and Africans, whether on the continent or in the diaspora, the last thing they would probably do is turn to books written by white racists.

The very idea of learning about the history of Africa and the experiences of Africans by studying texts produced by white supremacists seems backward. And yet, that is not the case for the eighteenth century. There is actually a good reason why, ignoring intuition, a researcher interested in studying Africa and Africans before, say, the nineteenth century should seek out and consult the unpublished collections of bigots and enslavers. The materials that these people collected and wrote sometimes contain important information on these topics because of their racism, not in spite of it. This is a lesson I learned over the course of two summers, in 2017 and 2018, researching debates on Atlantic slavery in the late-eighteenth century at the British Library. Let me explain.

I came to the British Library for the first time during the summer of 2017 to examine the Edward Long Papers.[1] Edward Long was a British slaveowner and historian associated with the colony of Jamaica in the late-eighteenth century. He was known in his own time for a three-volume history of the island that he published in 1774, entitled The History of Jamaica, but he is known now for his virulently pejorative views of African and Africans.[2] Long is arguably the most racist voice of the eighteenth century. I will not reproduce any of his views here but, if one would like to judge for themselves, then they can read his writing on Jamaica’s “inhabitants” in the second volume of his History, from page 260. (But be advised, contemporary readers may well find his writing highly offensive.)

But it was not Long’s racism that moved me to see his manuscript collection at the Library. Rather, it was a specific section of his History about a slave revolt that took place on the island in 1760. I wanted to know more about the revolt’s leaders, many of whom scholars believed were enslaved peoples from what is today Ghana, and who were then known as “Coromantees.” Long wrote more about the history of the revolt and its African background than any other contemporary author. [3] 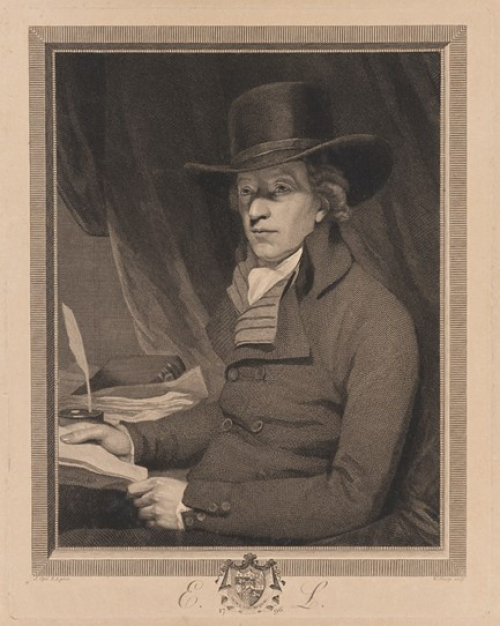 Initially, it was confusing to me that the eighteenth-century’s most racially prejudiced author was also the author of one of the most-detailed sources that we have on African identity and resistance in the diaspora. The more I studied his unpublished manuscripts at the British Library, however, the more I started to understand how this could be the case. Long lived during a period when the European slave trade was coming under attack by a metropolitan anti-slavery movement for the first time in its history. He wrote, in part, to defend racial slavery and the transatlantic slave trade from its critics. In this context, he knew that he had one distinct advantage that his opponents based in England did not: access to slave societies. People of African descent had not yet begun to publish works attacking the slave trade (this was before Ottobah Cugoano or Olaudah Equiano published their books, for example) and, at any rate, racism largely prevented them from being taken seriously by people in power. Meanwhile, almost all white abolitionists in Great Britain—like Granville Sharp, Thomas Clarkson, and William Wilberforce—had never been to slave societies overseas, whether in West Africa or the colonies. As a result, Long thought that enslavers like himself had an opportunity to deploy what they called their “practical knowledge” of slavery. They believed they could protect their class privileges by turning their firsthand observations into political arguments.[4]

As I now understand, Long wrote about the West African backgrounds of rebels in 1760 Jamaica because he wanted his readers to blame the island’s instability on a group of ethnic outsiders, and not on the system of racial slavery itself, or on the enslavers who profited from it and perpetuated it. He knew his politicized arguments about African culture and identity would sound convincing to many readers in a European climate where peoples of African descent were rarely believed as sources of authority, and where white critics of slavery had so little personal experience with the institution themselves. As he explained in the preface to a popular manual for enslavers, reissued the year before he published his History, it was “necessary at this time” for enslavers to construct texts that could counter abolitionists “little acquainted” with slavery and “absolutely ignorant, or ill-informed of the true state of Africans in their native country, or in our British colonies.” [5] 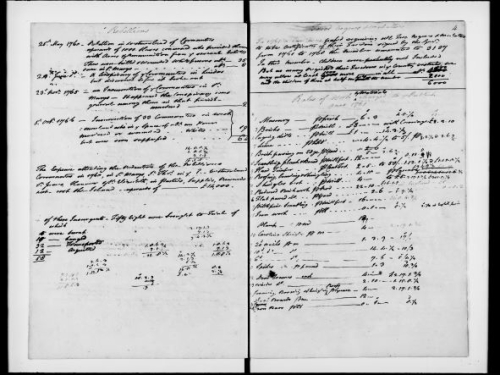 As I learned over the rest of that summer and the next, Long’s source on the African background of Jamaica’s rebels was just one textual artefact of the idea that enslavers had privileged access to firsthand knowledge about Africa and Africans in the late-eighteenth century. In fact, this claim to authoritative knowledge of African culture led enslavers to collect and publish in exhaustive detail rare and important primary sources on Africa and Africans in the eighteenth century. For example, it led to the publication in Europe of the first history of a West African state, written by an enslaver named Robert Norris and perhaps edited by Long himself.[6] It also led to the transcription of some of the earliest music we have that was composed by enslaved people in the diaspora, sent to Long and preserved in his papers.[7] 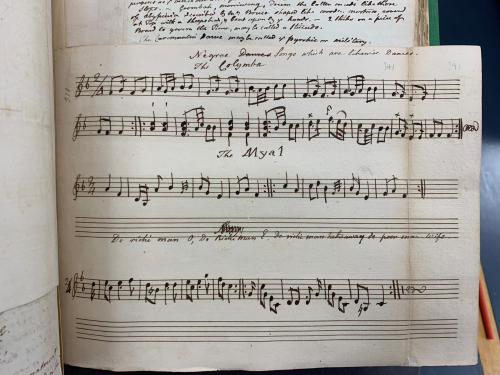 Those interested in studying the history of Africa and Africans before the nineteenth century may have the impulse to ignore texts that were written and collected by white supremacists and enslavers. In the modern era, where people of color have much more opportunity to write their own stories, there is less of a reason for racists and white supremacists to believe they can wield firsthand knowledge about racial “others” to their advantage, and there is even less of a reason that researchers would defer to them. Quite different from this, there was a moment at the end of the eighteenth century when the most racist persons in the British Empire also happened to be those who were most incentivized to produce voluminous sources about Africa and Africans. It is for this reason that, although it likely sounds counterintuitive, the papers of racists and enslavers remain important archival collections, even if they must be approached and evaluated with proper caution and a critical eye.

[1] They are officially called the C.E. Long Papers. For an overview of this collection, see the following archival guide: Kenneth Morgan, Materials on the History of Jamaica in the Edward Long Papers held at the British Library: An Introduction to the Microfilm Collection (Wakefield, UK: Microfilm Academic Publishers, 2006).

[4] For the phrase “practical knowledge,” see the following: “List of Persons Examined by the Privy Council & Whose Evidence Appears to Have Been Given from Long Residence, or Practical Knowledge,” 21 May 1789, in Letter of Robert Norris to John Shoolbred, 20 January 1789, The National Archives, Kew, T70/1557, no page.

[6] Robert Norris, Memoirs of the Reign of Bossa Ahádee, King of Dahomey, an Inland Country of Guiney (London: W. Lowndes, 1789; 2nd Edn, 1791). For the suggestion that this history was edited by Long, see Elsa V. Goveia, A Study on the Historiography of the British West Indies to the End of the Nineteenth Century (Mexico: Instituto Panamericano de Geografia e Historia, 1956), 61. For the idea that Norris’s book is “the first serious attempt by a European to write the history of a West African state,” see Robin Law, “The Slave-Trader as Historian: Robert Norris and the History of Dahomey,” History in Africa 16 (1989): 219.

Posted by jean.petrovic@bl.uk at 4:08 PM