E-resources: Performing Arts in the Americas

This blog explores the British Library’s wonderful collection of e-resources covering all aspects of the performing arts in the Americas, from the colonial era to the present day.

The British Library's extensive - and ever-growing - range of e-resources means there is plenty of choice when it comes to exploring the performing arts in the Americas - from scripts to videos, audio recordings to articles, interviews to documentaries, magazines to letters, there is literally something for everyone!

A particularly unique source is Film Scripts Online which makes accessible more than 1,100 accurate and authorised versions of copyrighted screenplays, many of which have never previously been published and are available nowhere else. Not only does this enable film scholars to compare the writer’s vision with the producer’s and director’s interpretations from page to screen, but it also makes it possible for students of film studies, writing, drama, theatre and literature to study the structure of scripts, character development, plot points and scenes. The collection is easily searchable by title, people, genre and awards, with further filters available in each case. Film scripts currently within the collection include: The Wizard of Oz, From Here to Eternity, Bringing Up Baby, The Big Chill, Rebel Without a Cause, My Own Private Idaho and The Deer Hunter.1

Drama Online is an award-winning, fast-growing digital library featuring more than 4,400 playtexts from over 1,400 playwrights, as well as over 400 audio plays, 420 hours of video, and 450 scholarly books from leading theatre publishers and companies. Amongst its holdings is the Playwrights Canada Press collection which offers over 230 plays from notable and award-winning Canadian authors including Daniel MacIvor and Hannah Moscovitch; plays in this collection have won the Susan Smith Blackburn Prize, the Governor General’s Literary Award for Drama, the Windham-Campbell Prize and the Siminovitch Prize.2

Dance Online: Dance in Video, Volumes I and II provides over 900 hours of video content covering the full scope of 20th and 21st century dance. The collection includes performances, documentaries, interviews, and instructional videos from the most influential performers and companies, with the selections covering ballet, tap, jazz, contemporary, experimental, and improvisational dance, as well as forerunners of the forms and the pioneers of modern concert dance.3

For earlier time periods, Performing Arts in Colonial American Newspapers, 1690-1783, fills a major gap in access to eighteenth-century American sources. This vital e-resource is effectively a database of all references to music, poetry (lyrics), dance, and theatre in 162 American newspapers, from the earliest extant copy in 1690, through to the end of the Revolutionary War in 1783, including titles in French and German. Entry points into the source material are many and varied. The database currently includes: transcriptions of all relevant texts; a general index of all names, genres, subjects, titles, and first lines; graphic images of 45 unique woodcuts; an index of the first lines of 12,061 poems and songs; and an issue-by-issue bibliography of the 50,719 issues and 4,523 supplements of the 162 titles. 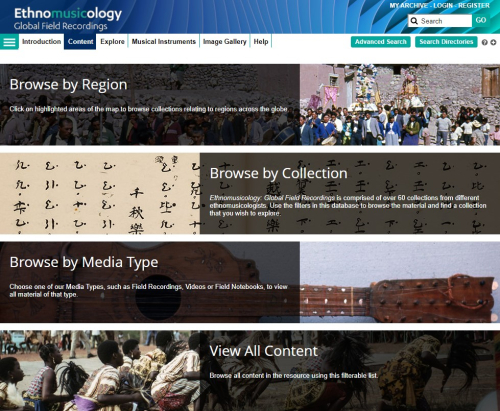 Fig. 2: Ethnomusicology; part of the British Library's collection of e-resources.

Finally, Entertainment Industry Magazine Archive, 1880-2015 is another wonderfully rich and valuable e-resource; it was reviewed in this recent blog.

Posted by jean.petrovic@bl.uk at 1:29 PM