This blog celebrates the 30th anniversary of Desmond J. McTernan’s French Quebec: Imprints in French from Quebec, 1764–1990, in the British Library.

This wonderful catalogue was officially commissioned by the Foreign & Commonwealth Office in the spring of 1990 as Britain’s gift to Montreal for the 350th anniversary of the foundation of that city, due to be celebrated in 1992.1

As McTernan explains, the British Museum Library had begun collecting French language materials from Quebec in the 1830s and this has been continuously sustained since the late 1860s. Besides this continuity of acquisition, the British Library’s collection has also benefited both from the law of colonial copyright deposit which between 1895–1923 brought in many publications which would not otherwise have been obtained (described in a recent blog post), and from the very extensive programme of donations of new Quebec monographs by the Délégation générale du Québec in Paris from the mid-1960s to the early 1980s. McTernan’s catalogue therefore charts the evolution of French Quebec’s literary, artistic, social and political culture through material collected for nearly 160 years by the national library of a country that has shared a privileged relationship with both Quebec and Canada throughout that period.

In his rich and detailed Introduction, McTernan notes that Quebec City’s first printing business – Brown and Gilmore – opened in 1764. Twelve years later, the Frenchman Fleury Mesplet (Fig. 1, below) introduced the printing press to Montreal. Yet for the next five or six decades, their output was essentially restricted to government proclamations and notices, catechisms, teaching primers and almanacs, and it would not be until the late nineteenth century that Quebec's home-grown publications truly began to challenge the dominance of foreign imports. 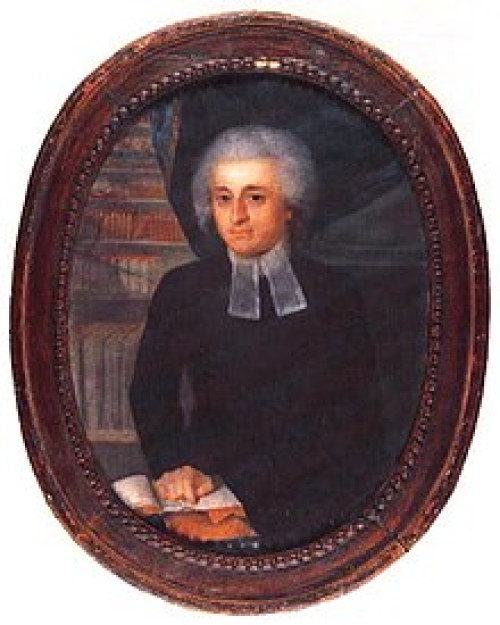 This transition from mere printing to publishing, began, albeit tentatively, in the 1830s – a period of great political and cultural confrontation in Quebec, during which it became increasingly clear to the Francophone population that books printed in France could not articulate their specific cultural identity, nor the threat under which they felt it to be. It was at this time that Quebec itself – its history, society and literature – became the subject matter for local printers, thus beginning the tradition of Canadian scholarly writing and printing in defense of French Canada and its history.

As for how works from Quebec reached the British Museum Library, McTernan notes that the first major supplier of Canadian imprints was the well-known, mainly antiquarian bookdealer, T. Rodd of 12 Great Newport Street. An early invoice from Rodd, dated 8 December 1840, lists 42 titles from Lower Canada, 12 of which were in French. The majority of these were either printed or commissioned by government or corporate bodies, and focused in one way or another on aspects of local or North American government, law, politics and society. But the list also includes two of the earliest French-Canadian scholarly monographs: Amury Girod’s Notes diverse sur le Bas-Canada (1835) and G.B. Faribault’s Catalogue d’ouvrages sur l’histoire de l’Amérique et en particulier sur celle du Canada... (1837).2 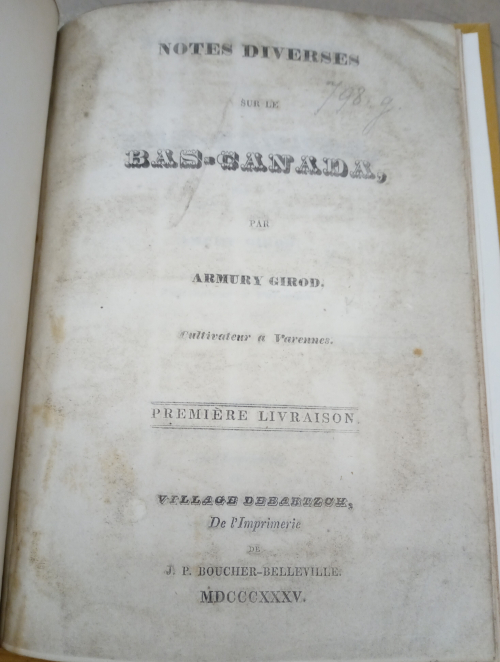 Yet no regular commercial network for the export of Canadian books existed before the 1870s; partly because there were simply too few publications to make this worthwhile. As McTernan explains, the large-scale existence and widespread availability of books in any society depends on several factors, not least of which are a reasonably literate population and a good communication and transportation network. In 1840, neither of these existed in French Canada. However, the 1840s saw a series of Education Acts, the full impact of which was felt by the 1870s. And after Confederation in 1867, the construction of the railroad network – which had begun in the 1840s–50s – not only vastly expanded, but also geared itself towards the transport of passengers.

After exploring the impact of various copyright Acts – both ‘Imperial’ and colonial – upon the Library’s receipt of works published in Canada, McTernan ends by exploring the acquisition of material post-1930. Between 1930-1960, there was not only a diminution in the funds available for the purchase of materials from French Quebec, but also the need to repurchase works that had been destroyed by bomb damage in World War II rather than buy new works. Happily, however, 1960-1990 was a period of expansion and development. Indeed, the 1960s–70s was ‘a time of plenty’ for the Library as a whole, but the previously mentioned donation from the Délégation du Québec from 1964–1981 also added to the Library’s stock at least one third of the imprints that it holds for those years, and the money freed up by these donations enabled a wide-ranging purchase of older material.

By 1990, the Library’s collection of imprints in French from Quebec comprised around 11,000 titles, making it one of the largest such collections outside of Quebec itself. This magnificent collection continues to grow to this day.

Posted by jean.petrovic@bl.uk at 3:26 PM