We've been feeling decidedly down in the mouth after the Olympics - we’ve all enjoyed the last couple of weeks so much that it was inevitable that things would suddenly feel a bit flat. But we’ve now perked up considerably since we find ourselves not only very busy but with a lot to look forward to over the next couple of months. Matt and Carole are wearing their Beat hats as they prepare for the arrival of Jack Kerouac’s On the Road manuscript scroll in early October - how exciting is that! And then there is the accompanying programme of events, featuring a preview screening of Walter Salles’ new film of On the Road, and an evening with Amiri Baraka to mention just two. The full programme can be found on the BL’s website under events (check under each month), and details of the exhibition will be up very soon.

In addition to supporting some of the On the Road events/exhibition, our wonderful Eccles Centre for American Studies is sponsoring a fantastic range of autumn talks, including our Summer Scholars series (featuring e.g. Naomi Wood and Sheila Rowbotham, our 2 Eccles Writers in Residence), as well as events with Liza Klaussman (who, incidentally, happens to be Herman Melville’s great-great-great granddaughter!), Andrea Wulf, and Lord Putnam to pick out just a few. And how could we forget that there happens to be a big election coming up in the U.S. in November, and we of course have that covered too. For the full range of Eccles events see http://www.bl.uk/eccles/events.html/.

And as if that wasn’t enough, we’ll be showcasing some of our artists’ books on 4 September at Inspired by Artists' Books, we have David H.Treece speaking about The Meanings of Music in Brazilian Culture for Brazil World Music Day on September 7, and we'll be celebrating Jamaican Independence on October 5th . Finally, the Olympics are still in our thoughts as we look forward not only to Rio, but to our conference Social Change and the Sporting Mega-event on November 5, organised in collaboration with our Brazilian colleagues.

Whew! Hopefully, you’ll find at least some of these events of interest and we hope to see you at the Library in the near future. 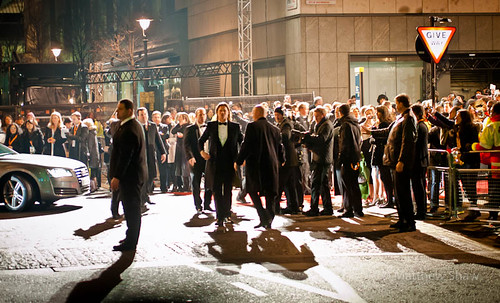 Team Americas got the red-carpet treatment at the weekend, and here's our new friend, Mr Pitt (to be less disingenuous, we were behind a barrier along with the other gawpers). But, it may serve as a reminder of the film collections in the Library, including access to American Film Scripts Online.

There has, of course, been less happy news from the world of entertainment at the weekend: the death of Whitney Houston. Our (this time, real) friends at UEA blog, Containing Multitudes, have added some comments from an American Studies perspective.

HIGHRISE at the British Library 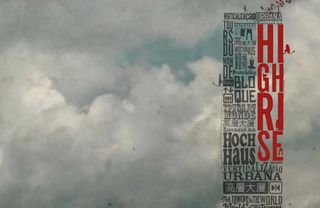 HIGHRISE logo, courtesy of the NFB

Two weeks ago, the Library was pleased to welcome Kat Cizek as part of the Eccles Centre sponsored Summer Scholars programme. Kat has made a number of documentaries in partnership with the National Film Board of Canada, including previous work Filmmaker-in-Residence (documenting life at St. Michael's Hospital, Toronto).

The subject of Kat's Summer Scholars lecture was the project HIGHRISE, an online documentary charting life in these structures which are, to quote Kat, 'the most ubiquitous built form in the world'. The project does not limit its view to Canada or even the Americas but instead looks at life in these buildings and neighbourhoods across the world, illustrating their diversity and questioning the way the structures are often stereotyped. During the talk Kat discussed the development of the project, the NFB's unique structure and way of working, the technologies involved (including a camera which provided viewers with a 360 degree view of a scene) and gave a guided tour of the work itself.

I would like to say thank you to Kat for the presentation and the audience, who were a wonderful mix of curators, film makers, geographers, social scientists, and more, for coming along and making the afternoon such an engaging one. It's worth noting that it was also rather fitting having a presentation on an NFB project at the British Library, given that we have collected so much material about and from the instituion over the years.

As the NFB is a Canadian government institution the British Library acquires much of its official material, including annual reports which can be found at BL Shelfmark C. S. E. 74. There are also NFB publications such as, Canada: A Year of the Land (Shelfmark: Cup.1256.ff.2), Contemporary Canadian Photography (Shelfmark: L42/3846) and many others. It is also worth mentioning that we have an extensive collection of the secondary literatures about the NFB and the wider Canadian media, so the collection is well worth a look - as is HIGHRISE and the work of the NFB more generally.

There was a lot about the Dude that didn't make a whole lot of sense to me...

Save the date, New Yorkers: on 18 March, The Horse Trade Theater Group and DMTheatrics will present Two Gentleman of Lebowski.  The first shows are already sold out (unlike Allan's dance review at Crane Jackson's Fountain Street Theatre on Tuesday night).

You might want to mosey over to this site to read the script of the amusing collision of the Coen brother's The Big Lebowski and Bill Shakespeare's Two Gentlemen of Verona, or perhaps check out the latest in Lebowski studies (on order for the Library, but there's a preview from the publisher and Google Books), written by 'academics... Over-achievers, if you will'.  The chapter titles alone are worth listing:

1. The Really Big Sleep: Jeffrey Lebowski as the Second Coming of Rip Van Winkle / Fred Ashe
2. A Once and Future Dude: The Big Lebowski as Medieval Grail-Quest / Andrew Rabin
3. Dudespeak: Or, How to Bowl like a Pornstar / Justus Nieland
4. Metonymic Hats and Metaphoric Tumbleweeds: Noir Literary Aesthetics in Miller’s Crossing and The Big Lebowski / Christopher Raczkowski
5. The Dude and the New Left / Stacy Thompson
6. The Big Lebowski and Paul de Man: Historicizing Irony and Ironizing Historicism / Joshua Kates
7. Lebowski and the Ends of Postmodern American Comedy / Matthew Biberman
8. Found Document: The Stranger’s Commentary and a Note on His Method / Thomas B. Byers
9. No Literal Connection: Mass Commodification, U.S. Militarism, and the Oil Industry in The Big Lebowski / David Martin-Jones
10. "I’ll Keep Rolling Along": Some Notes on Singing Cowboys and Bowling Alleys in The Big Lebowski / Edward P. Comentale

Part 2. Outs (Eccentric Activities and Behaviors)
11. What Condition the Postmodern Condition Is In: Collecting Culture in The Big Lebowski / Allan Smithee
12. Holding Out Hope for the Creedence: Music and the Search for the Real Thing in The Big Lebowski / Diane Pecknold
13. "F[--]k It, Let's Go Bowling": The Cultural Connotations of Bowling in The Big Lebowski / Bradley D. Clissold
14. LebowskIcons: The Rug, The Irong Lung, The Tiki Bar, and Busby Berkeley / Dennis Hall and Susan Grove Hall
15. On the White Russian / Craig N. Owens
16. Professor Dude: An Inquiry into the Appeal of His Dudeness for Contemporary College Students / Richard Gaughran
17. Abiding (as) Animal: Marmot, Pomeranian, Whale, Dude / David Pagano
18. Logjammin’ and Gutterballs: Masculinities in The Big Lebowski / Dennis Allen
19. Size Matters / Judith Roof
20. Brunswick = Fluxus / Aaron Jaffe
21. Enduring and Abiding / Jonathan Elmer
Endnote: The Goofy and the Profound: A Non-Academic's Perspective on the Lebowski Achievement / William Preston

For more on the Lebowski phenomenon, there's also a rather wry article in the New York Times.

Edit: and now hipster bowling alleys may be the saviour of NY City (thanks to my colleague Elizabeth Cooper for the link)