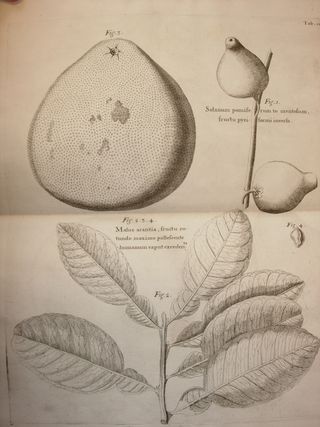 My current research seeks to understand the ways in which knowledge of the natural history of the Caribbean islands, especially Jamaica, was produced and communicated in the period between the late seventeenth century and the early nineteenth century. During that period, it was the plant life of those islands that was the prime focus for natural philosophers, many of whom were doctors interested in the medical uses of plants. There was also a concern to search for agricultural products that could play a profitable part in Britain’s imperial economy.

What I am interested in is the range of forms of communication of botanical knowledge. This involved speech, correspondence, collections of specimens (herbaria), and printed matter from newspaper articles to scholarly papers and elaborate volumes of botanical engravings. I want to know who communicated with whom about the plants of Jamaica and how they did so, thinking about both local discussions of plants and those which spanned the Atlantic world. I ask what the protocols were for these forms of communication? Who could be part of the ‘conversation’? And who the audiences were that they addressed. There are various elements to this: the role of polite sociability in the work of men of science in the Atlantic world; the particular forms of knowledge that were communicated between doctors and patients; attempts to make the knowledge of plants ‘public’, via both print and botanical gardens (and the intersection of the two in printed catalogues of the gardens’ collections); and the cross-cultural communication of botanical knowledge between Europeans and enslaved and indigenous people. Eighteenth-century Jamaica was a slave society based on deadly forms of agricultural labour on land which had been appropriated from its earlier inhabitants. It was a society of great brutality. Yet there was also an acknowledgement, albeit a circumscribed one, that enslaved Africans and Amerindians had knowledge of the botanical riches of the islands.

In doing the research it has been vital to be able to work across the range of material held in the Caribbean collections in the British Library. The communication of botanical knowledge depended upon images as well as many sorts of text. It has been crucial to the research to be able to consult, for example, the letters held in the manuscripts collections from Henry Barham (a Jamaican doctor) to Hans Sloane (then returned from Jamaica to London) as well as reading their published accounts of the natural history of the island. It has also been necessary to work between the manuscript correspondence of Thomas Dancer (the superintendent of Jamaica’s botanical garden) with Edward Long (a historian of the island who dealt in both ‘civil’ and ‘natural’ history) about the difficulties of getting public support for the island’s botanical garden, and the published garden catalogues and reports of speeches in newspapers in which Dancer celebrated the public spirit of this venture. It is only with such a range of material ready to hand that the range of forms of communication can become apparent, along with moments in which other voices are partially heard. For example, along with celebrating the contributions by European planters and plant collectors to the botanical gardens, in 1792 Dancer listed the Akee tree (a crucial part of Jamaica’s national dish of Akee and saltfish) as being an ‘African Fruit, introduced by Negroes in some of Mr. Hibbert’s ships.’ There is here a sense, albeit anonymous, of the African contribution to Jamaican botany, and to the talk about plants, their names and their uses. 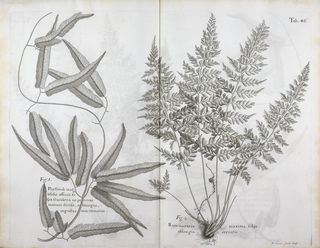 Summer's gone; day's spent with the grass and sun.  But we don't mind, at least not when we can offer up some summery sea-shells such as these: 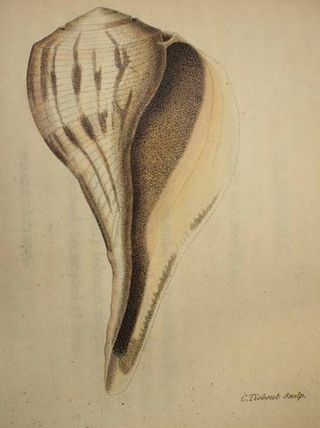 It's one of the many delicate copperplate, hand-coloured engravings contained in Thomas Say's American Conchology (New Harmony, Indiana, 1830-[1838]) [1256.f.21].  This particular specimin is Fulgur Pyruloides, and 'inhabits our soutern coast'; he reported that he 'never found it so far north as New-Jersey'.

Say's pioneering work is devoted to the cataloguing of American shells, a work he pursued in partnership with his wife, Lucy, and who produced many of the drawings in this volume.

They had married in secret during a scientific expedition to New Harmony, the utopian community founded by Robert Owen.

Here, the Says continued their studies, wrote, drew and coloured their work, and oversaw the output of the community's School Press.

As the great bibliographer, Streeter commented, 'A work as extraordinary for having been produced in the wilderness as for its elegance and the importance of its contribution to natural history'.

Say, who died in 1834, is honoured in the naming, among other creatures, of the Caribbean mud crab, Dyspanopeus sayi.  Lucy moved back east, where she 'longed for the freedom I used to enjoy when I lived on the Banks of the Wabash'  She was elected as the first female member of the  Academy of Natural Sciences Philadelphia in 1841; she died in 1885.