The first British attempt to chart the Mughal empire was made by the Arctic explorer and surveyor William Baffin (1584?-1621), master's mate on the Anne Royal, the ship on which Sir Thomas Roe, England's first ambassador to Mughal India, returned to England in 1619. 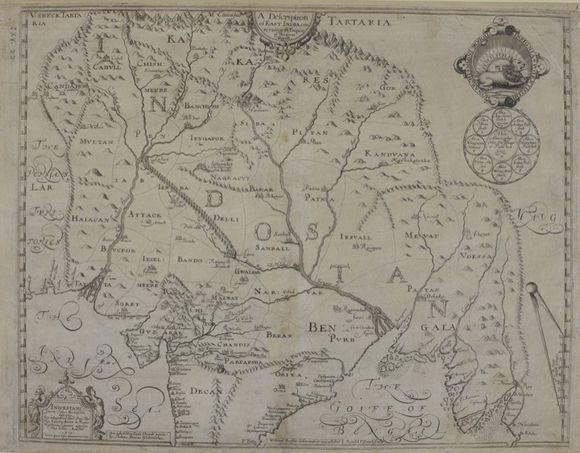 Already in 1614 the East India Company had requested sea captain Nicholas Downton, about to set sail for India, to find someone who could prepare a map of the whole Moghul empire, specifically locating its cities and rivers. Sir Thomas Roe, arriving the following year, collected geographical data on 37 cities (Add. MS. 6115, f. 256, see Foster below, pp. 531-41), though, in the event, it was William Baffin who actually compiled the map and published it in 1619. Known as ‘Sir Thomas Roe's map’, it provided the basis for all future maps of India for the next hundred years. 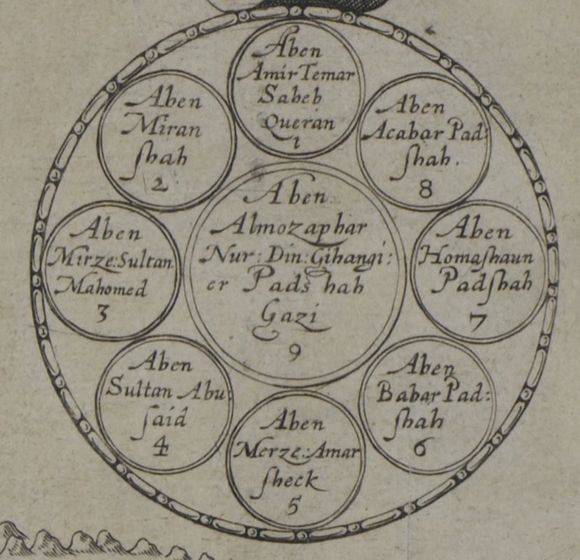 In a posting several weeks ago, on a document of Babur (Earliest surviving Mughal document?), I talked about his genealogical seal, the first of its kind. This distinctive design, consisting of the ruling emperor’s name in the centre surrounded by his Timurid ancestors, became an important symbol of Mughal imperial authority and was noted by several contemporary European travellers. It was used on official orders (farmans) and differed from the smaller personal ownership seals which are sometimes found on manuscripts (an example of Jahangir’s personal seal can be seen in Muhammad Juki’s Shahnamah, Royal Asiatic Society Persian Ms. 239, f. 3r, on display in the exhibition).

As can be seen from an example of the genuine seal illustrated below, Baffin’s map provides an almost exact replica in translation. The genuine seal heads a land grant issued by Jahangir on 14th of the month Amurdad, regnal year 4 (summer 1609). 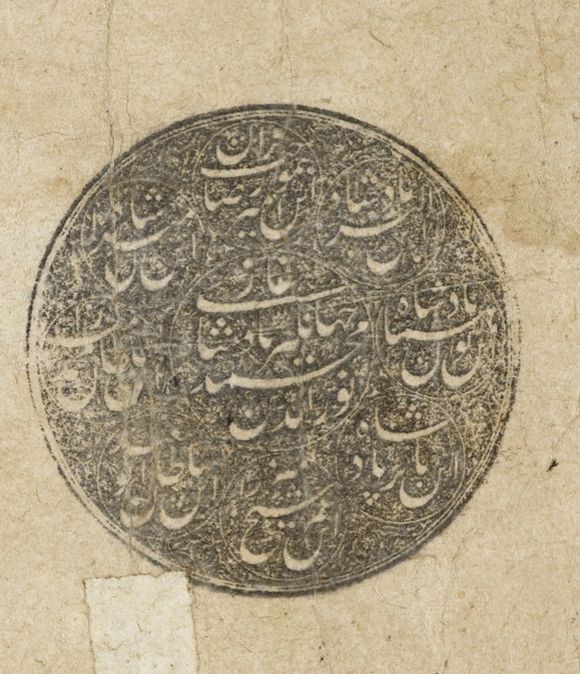 Posted by Ursula Sims-Williams at 5:38 PM