One of the most exciting discoveries made while researching exhibits to be included in Mughal India was an autograph copy of the Mughal Princess Jahanara’s Muʼnis al-arvāḥ (‘The Confidant of Spirits’), a biography of the famous Sufi saint Muʻin al-Din Chishti. 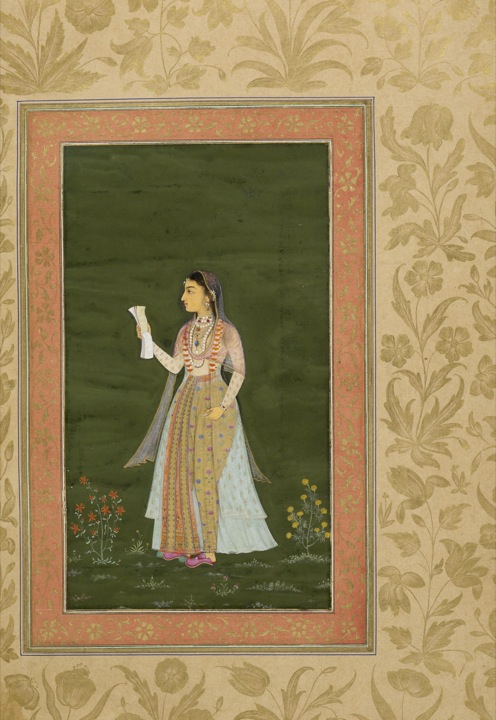 Jahanara Begum (1614-81) was the eldest daughter of the emperor Shah Jahan (r. 1628-58). Like her brother Dara Shikoh, the heir to the throne, she was profoundly spiritual, and they were initiated together into the Qadiriya order of Sufiism. At the same time Jahanara was an influential political figure, receiving the title Sahibat al-Zaman (‘Mistress of the Age’) after her mother Mumtaz Mahal’s death in 1631. In 1644 she was given the port of Surat, and she also owned her own ship, the Sahibi, which transported cargo and pilgrims between Surat and Mecca. Revenues from maritime trade made her extremely wealthy. Jahanara paid for the construction of the famous Jamiʻ Masjid in Agra, completed in 1648, and also commissioned a huge mosque and religious complex dedicated to her spiritual teacher Mulla Shah in Srinagar in 1650. 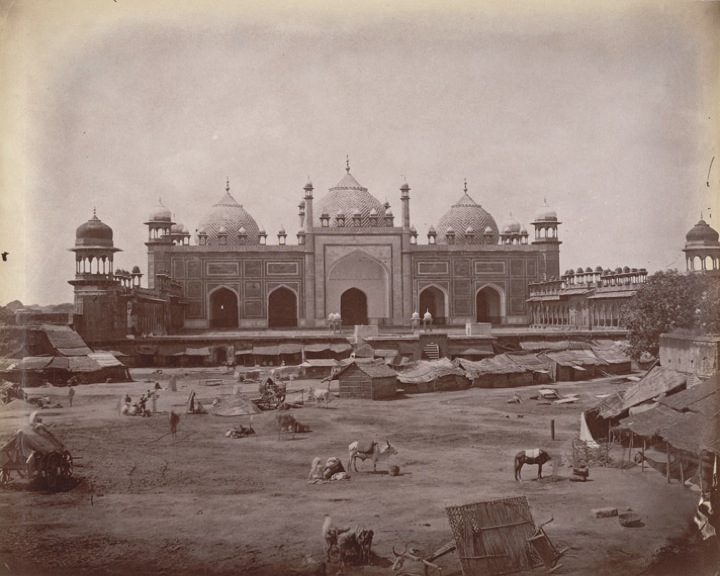 Throughout her life she remained devoted to her father and cared for him after his imprisonment in 1658 until his death eight years later. However she was also the subject of scurrilous rumours, no doubt arising from jealousy. The French physician François Bernier, who was employed at court for several years from 1659, describes how Shah Jahan, realising that a suitor was hiding in Jahanara’s bath-tub, ordered the cauldron to be lit underneath and only left the room when he was sure the victim was dead. On another occasion he is reputed to have poisoned Jahanara’s steward who had been suggested as a potential husband. Jahanara’s writings include two Sufi works: the Ṣāḥibīyah, a biography of her teacher Mulla Shah (d. 1661— a possible autograph of Mulla Shah's is also included in the exhibition) and this work, primarily about Muʻin al-Din Chishti (1135–1229) who introduced the Chishti order of Sufism into India. Called the Mu’nis al-arvāḥ (a play on the title of one of Muʻin al-Din Chishti’s own works, the Anīs al-arvāḥ), she completed it on 27 Ram. 1049 (21 Jan 1640). She compiled it from a number of sources (including her brother Dara Shikoh’s own treatise Safīnat al-awliyā), proudly boasting a knowledge superior to her father’s:

It should be known to everyone that the guiding master Khvaja Mu‘inuddin Muhammad [Chishti] (may almighty God protect his secret) was a sayyid, and without doubt was among the offspring of the prophet. There is no disputing this. When the ruler of the age… Shah Jahan (may God preserve his realm), my glorious father, did not have information about the origins of the guiding master, he investigated the matter. I told him repeatedly that the master was a sayyid but he did not believe me until one day he was reading the Akbarnama and his auspicious eyes fell on the part of the where Shaikh Abu al-Fazl describes briefly the reality of the guiding master being a sayyid. From that day on this fact that was clearer than the sun was revealed to the king, shadow of God.

The suggestion that this manuscript might have been copied by Jahanara herself was first mentioned by William Irvine in a footnote on p. 423 of the 4th volume of his translation of  N. Manucci’s Storia do Mogor (London: Murray, 1907-8), where he writes “I have since given to the British Museum what I believe to be a holograph exemplar.” I read this quite by chance and immediately tried to locate the volume which was only summarily listed in G.M. Meredith-Owens Handlist of Persian manuscripts 1895-1966 (London: British Museum, 1968). Besides the colophon saying that it was copied by Jahanara, this copy ends differently from others (The British Library has two: Or.250 and Add.16733). Comparison with known examples of Jahanara’s handwriting also suggested that it was in fact genuine.

Posted by Ursula Sims-Williams at 3:55 PM