Easter Celebrations at the Mughal Court

Jesuit missionaries were the first group of Europeans to visit the Mughal court. They initially arrived at the Portuguese colony of Goa in 1542. At the invitation of Akbar (r. 1556-1605), there were altogether three Jesuit missions. The third was headed by Father Jerome Xavier (1549-1617) who arrived in Lahore in 1595 and remained at court until 1615. 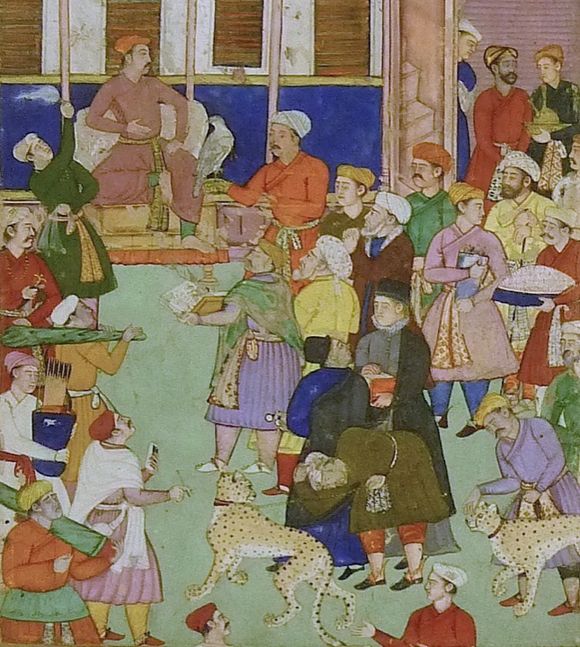 Xavier’s regular reports back to the Provincial in Goa include details of extravagent cultural activities, all aimed at winning converts. In a letter written from Agra on 6 September 1604 (BL Add MS 9854, currently on exhibit in ‘Mughal India’) he writes about affairs in Lahore (see Maclagan, p. 96):

The feasts of Christmas and Easter are kept at Lahor with great solemnity, and the church being so large and beautiful, everything can be well carried out.

Although the Jesuits were unsuccessful in their primary aim to convert Akbar and his son Jahangir to Catholicism, they did achieve some success when, on 5 September 1610, three of Akbar’s grandsons, Tahmuras, Baysunghar and Hushang were baptised (though they reverted to Islam a few years later when relations with the Portuguese deteriorated). On Easter Sunday 1611 they attended Mass, ate Easter eggs with relish and watched entertainments arranged by the Jesuit Fathers. These apparently included the performance of a tight-rope walker and the burning of a figure of Judas, stuffed with fireworks, on the roof of the chapel (see Maclagan, The Jesuits and the Great Mogul, pp. 72-73; 94) 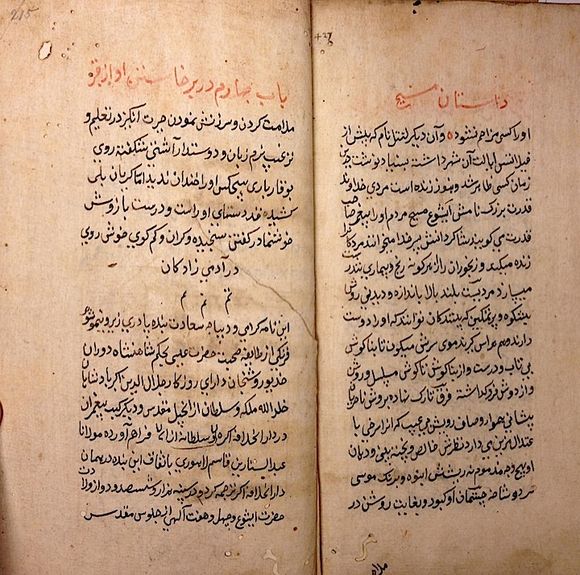 The concluding chapter, on Christ’s resurrection, and postscript of Jerome Xavier’s Mirʼāt al-Quds (‘Life of Christ’), copied on 8 Ramazan 1027 (29 Aug 1618). Xavier’s translation was made at the request of the Emperor Akbar and was completed at Agra in 1602 with assistance from Mawlavi ʻAbd al-Sattār ibn Qāsim of Lahore (Harley 5455, ff. 214-5)

Posted by Ursula Sims-Williams at 9:42 PM