In the preface to his Zīj-i jadīd-i Muḥammad Shāhī (‘Muhammad Shah's new tables’), which I mentioned in my previous post, Maharaja Jai Singh (1688-1743) explained that the contemporary astronomical tables, based on the Zīj-i Ulugh Beg, the Zīj-i Khāqānī, the explanations written by Mulla Chand in Akbar's reign, and by Mulla Farid in the reign of Shahjahan, were none of them completely accurate. As a result he was commissioned by Muhammad Shah to collect new and more correct data. To achieve this, he wrote, he had astronomical instruments made at Delhi, at first similar to those in Samarkand and subsequently others, larger, which he designed himself. Altogether he built observatories in Delhi, Jaipur, Mathura, Benares, and Ujjain. 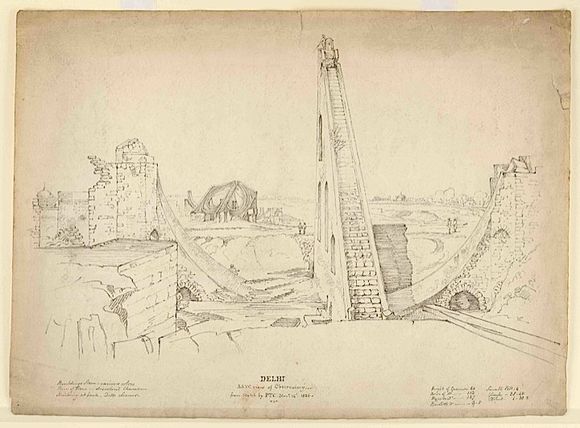 Jai Singh’s observatory at Delhi, built in 1724. Pencil drawing from a sketch dated 1826 by a British artist in Delhi (British Library WD 3537)

The observatories in Delhi and Jaipur consist of a number of masonry instruments grouped together in enclosures, usually referred to as Jantar Mantar. These were to some extent inspired by instruments developed in Samarkand by Ulugh Beg (1394-1449), and doubtless Jai Singh hoped to see continued there further work of that kind. By far the most interesting of them is the large sextant enclosed in a chamber in which the sun’s light is admitted through small holes in a brass sheet. At noon the disk of the sun is projected, as in a pinhole camera, onto the scale of the sextant. Since a scale was inscribed on the sextant it was possible not only to examine the disk of the sun, but to determine in this way the true altitude of the sun on any day.

When I was in Jaipur in 1985 I photographed the image of the sun as it was projected on the sextant. In Photo 1, which shows the largest item there, I have added a label to show two small apertures which allow pinhole images of the sun. The photograph shows a pillar on one side holding up one end of the giant curved sundial; there is another on the opposite side. Photo 2 is of a model which shows the two apertures clearly; two small dots in the middle of the picture, immediately above the opened doorway. 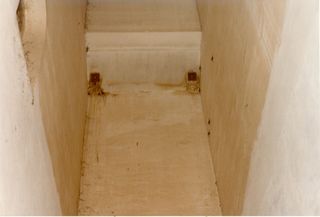 Photo 3 shows the interior of the large chamber, where one can see the two apertures made in metal plates. 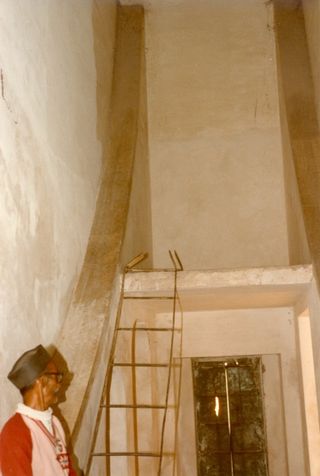 Photo 4 looks in the opposite direction inside the chamber. The large calibrated sextant scale is visible behind the man; there is another on the opposite wall. 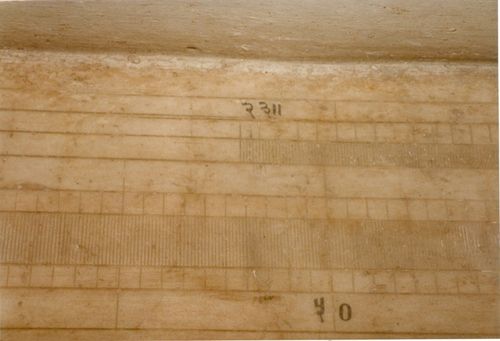 Photo 5 shows a close up of the scale. This is not the original calibration, since at some point it was cleaned up by an English engineer. 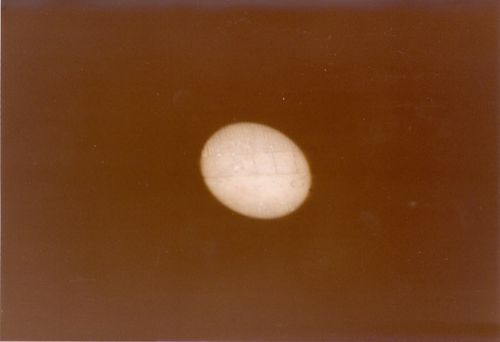 Photo 6  shows the image of the sun on the scale at noon exactly; the calibration is just visible. This shows how it is possible to get a clear picture of the sun without looking at it directly, which can easily be studied. One can measure the diameter of the disk and fix its altitude over the horizon. This technique goes back to earlier Arabic astronomy, and was of course not original with Jai Singh. I have not myself seen any records of observations made with this instrument except for those made by the Jesuit Father Boudier in Delhi in 1734 (see Mercier, pp. 164-7).

Posted by Ursula Sims-Williams at 4:38 PM