The Barakat Trust has generously awarded the British Library a grant to digitise two of our most treasured Persian manuscripts, Or.6810 and Add.25900, both copies of the Khamsah (‘Five Poems’) by the twelfth century poet Nizami. Both works include paintings by the master-painter of Herat, Bihzad (died 1535/36), who worked at the courts of the Timurid Husayn Bayqara (ruled 1469-1506) and the Safavid Shah Tahmasp (ruled 1524-1576). 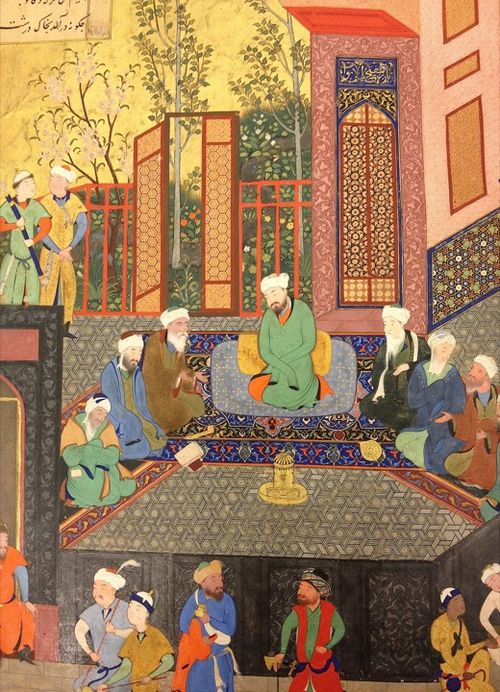 Or.6810 dates from around 1494/95 and was written for Amir ʻAli Farsi Barlas, an amir of the Timurid Sultan Husayn Bayqara. It contains one double page and 20 single miniatures by Bihzad and other artists, and was one of the most precious manuscripts in the Mughal imperial library (see my recent post ‘A jewel in the crown’). It was still in the royal collection at the beginning of the 18th century and was probably taken as loot during the political upheaval which followed Nadir Shah’s conquest and the sack of Delhi in 1739. In December 1782 it was purchased by the collector Richard Johnson working for the East India Company in Lucknow, and was ultimately acquired by the British Museum in 1908. 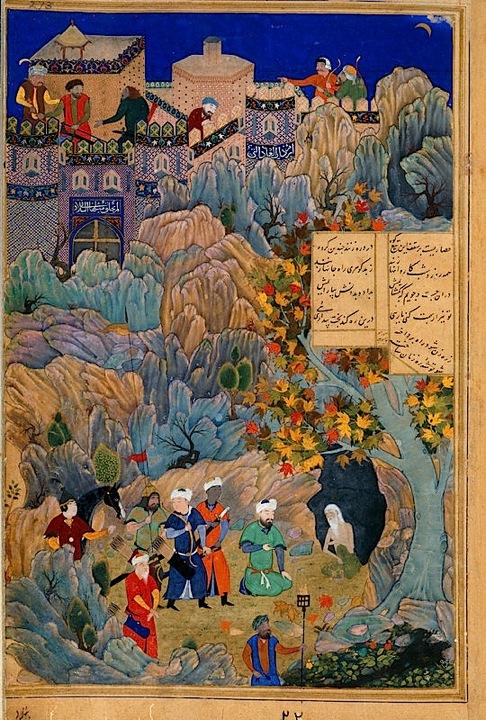 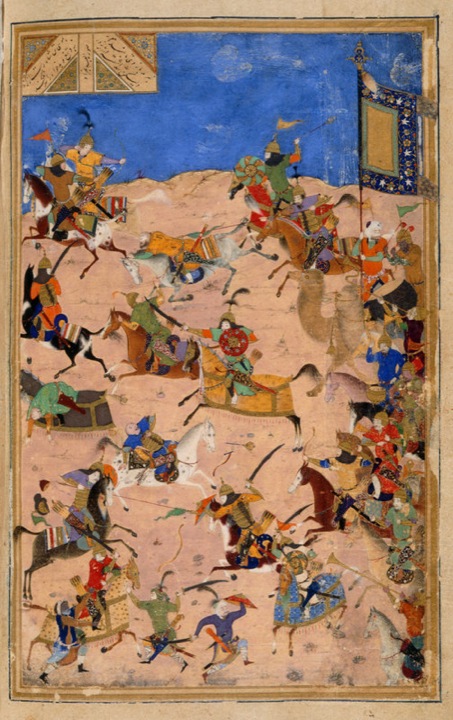 When digitised these two manuscripts will be freely available to look on the British Library's digitised manuscripts page: http://www.bl.uk/manuscripts.

Posted by Ursula Sims-Williams at 8:52 AM

I'm very much looking forward to the digitisation. Are the three (superb) illustrations you've shown in this blog all by Bihzad? And how many Bihzad illustrations are there altogether in the two manuscripts?

This is a very interesting question. These three paintings are ascribed to Bihzad. In fact most of the miniatures in these two manuscriots are ascribed to individual artists, including Bihzad, i.e. their names in Persian are written somewhere on the page, but of course this is not in itself absolute proof!

In our 1977 catalogue of Persian miniatures in the British Library, Norah Titley wrote of Add.25900 "15 bear the signature of Bihzād" and of Or.6810, she wrote that 6 were considered to be by him. However, Bihzad scholarship has moved on since then!

I'll be writing some more about this, so "watch this space".