Since the RHS Chelsea Flower Show is taking place this week, I thought it would be appropriate to post a colourful display of flowers from one of our most significant treasures, Prince Dara Shikoh’s album, exhibited recently in ‘Mughal India: Art, Culture and Empire’. My hope is that, despite the current weather, it will remind readers that summer is really on its way! 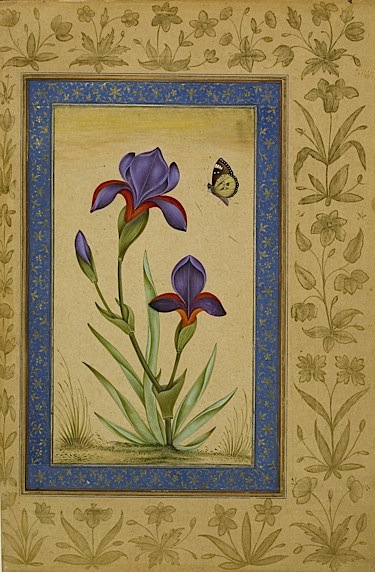 This album was compiled by Dara Shikoh (1615-1659), the eldest son and heir of the Mughal Emperor Shah Jahan (r. 1627-1658). More inclined to philosophy than statecraft, the author and connoisseur Dara Shikoh was eventually executed for heresy by his younger brother Awrangzeb. He presented this album in AH 1051 (AD 1641/42) to his wife Nadira Banu Begam, his cousin, whom he had married in 1633. It contains altogether 68 miniature paintings which are interspersed with examples of calligraphy. Two portraits of Jahanara and Nadira Banu can be seen in some of our earlier blogs. 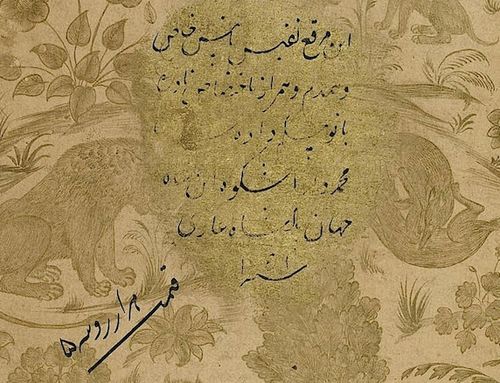 Besides containing exquisite portraits, the album also includes fine examples of the flower studies and floral arrangements of which the Mughals were so fond, inspired by nature and also by European originals. 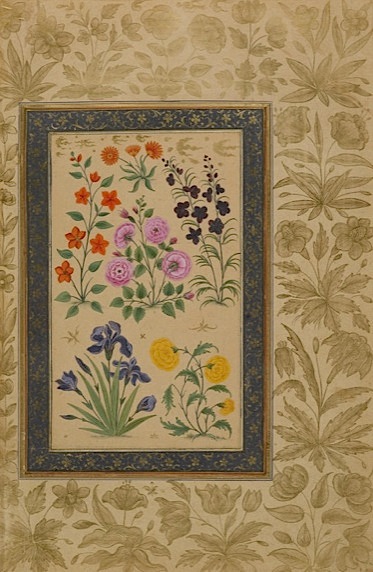 This floral study includes a marigold, an iris, a chrysanthemum, a pimpernel, a rose, and possibly a specimen of Jacob’s ladder (Add.Or.3129, f 67v). Images online 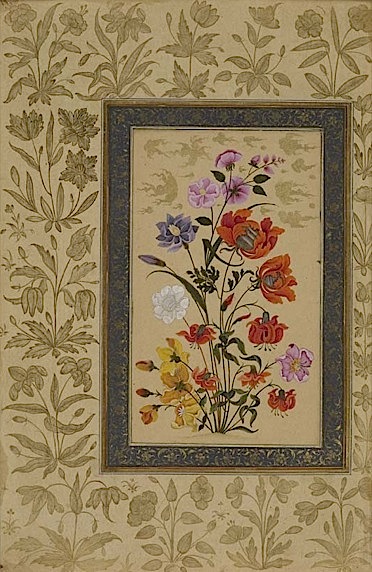 Paired with the page above, this painting shows different varieties of roses and lilies (Add.Or.3129, f.68r). Images online 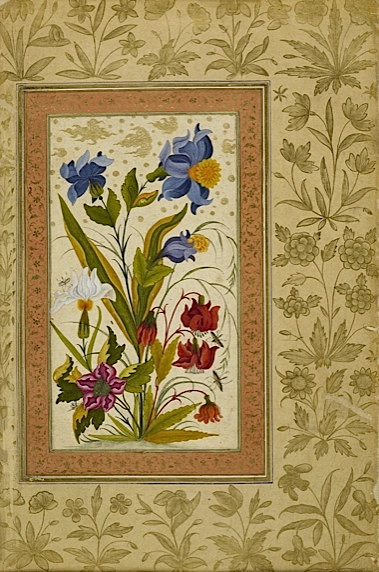 Posted by Ursula Sims-Williams at 10:07 PM