Bombay and Calcutta in Sydney

It seems absurd that as long as 400 years ago, a trading company based in Asia and Africa was run out of London. But this is precisely how the East India Company’s affairs were decided. In a room in London, the East India Company’s Directors would meet, and make major decisions that would drastically affect the lives of others in places that they had never been to. 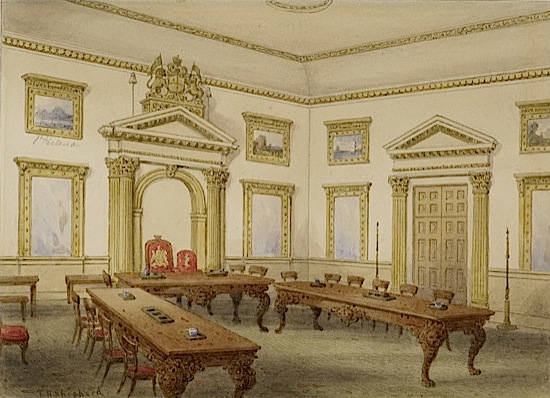 In 1732 the East India Company commissioned six seascapes of their main trading posts, which were displayed in the Director’s Courtroom of East India House in London. The resulting six paintings showed the East India Company’s trading posts at Bombay, Calcutta, Madras, Tellicherry, the Cape of Good Hope and St Helena. They conjured up the spread of imperial power inside a single room in the City of London. All six of the paintings were by George Lambert (1710-1765), and Samuel Scott (1701/2-1772). Neither of these two men ever set foot in the places portrayed in the pictures. Lambert painted the architectural views in the background, and most likely based them on published images. Scott was a maritime painter, so his contribution was the ships in the foreground. The paintings are now part of the British Library’s India Office Collections. 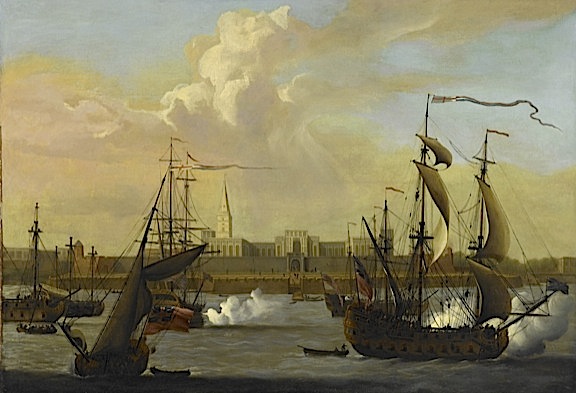 281 years after they were commissioned, Lambert and Scott’s seascapes of Bombay and Calcutta have been sent to Australia’s National Maritime Museum in Sydney, where they are being exhibited in ‘East of India: Forgotten Trade with Australia’. Their inclusion in this international exhibition is incredibly significant. They were painted to symbolise the world beyond London, and centuries later, they have been sent from London to another part of the world. 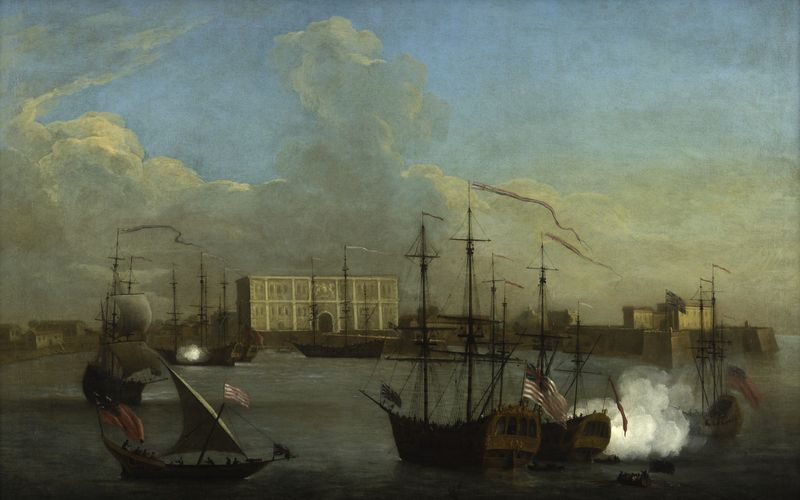 If you are in Sydney, or have an opportunity to visit before 18 August 2013, please go to ‘East of India: Forgotten Trade with Australia’ at the Australian Maritime Museum.

Posted by Ursula Sims-Williams at 5:53 PM