Over 26,000 Japanese records added to Explore The British Library

On 15 May records for 26,886 Japanese-language works were added to the British Library’s online catalogue Explore http://explore.bl.uk.  The records cover material published between 1912 and 2010 and can be searched in both romanisation (modified Hepburn) and in Japanese script.  Since 2010 material in Japanese has been added directly to Explore.  A project to give online access to works published during the Meiji Period (1868-1912) is underway and records for these will gradually be added to Explore over the coming months. 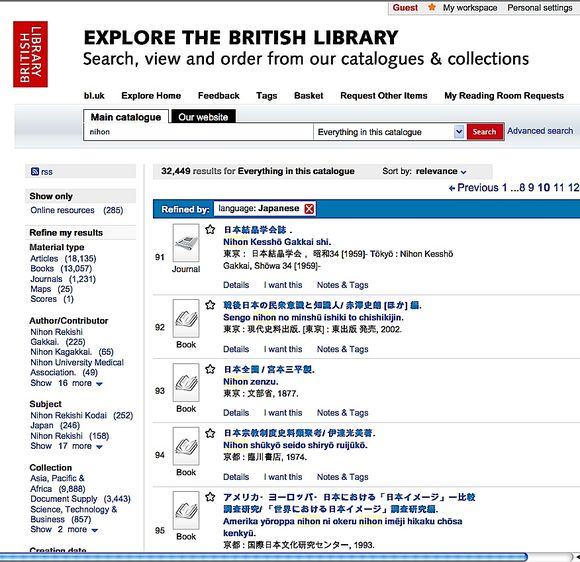 Posted by Ursula Sims-Williams at 4:40 PM