The Treasures of the Asian & African Studies Reading Room

Researchers who make use of the Asian & African Studies Reading Room on the third floor of the Library will be aware that it contains a small but impressive display of works of art. Readers showing their passes to the security officer on duty at the entrance may not be aware that they are almost literally turning their backs on a portrait by Royal Academician Thomas Phillips of the early nineteenth century oriental scholar and bibliophile Claudius James Rich. Portrait of Claudius James Rich, ca. 1803, by Thomas Phillips R.A.
Donated in 1825 by his widow Mary Rich
Oil painting on loan from the Trustees of the British Museum (Foster 886) Images Online

However, walking past two of the three model ships in glass cases donated to the India Office by shipping companies in the Victorian period, they will discover most seats in the Room allow a view of nine portraits high on the east wall. These range  from Richard Greenbury’s 1626 painting of Naqd ‘Ali Beg, Persian envoy to the court of King Charles I (see our recent post ‘Stitched up in Silk’, but note that the painting has been temporarily removed for repair), through the full length portrait of one of the mid-nineteenth century Prime Ministers of Nepal by Bhaujuman Citrakar in its ornate gilt frame, to the pair of north Indian worthies painted by the German-born artist Johann Zoffany and shown in last year’s exhibition of his work at the Royal Academy. 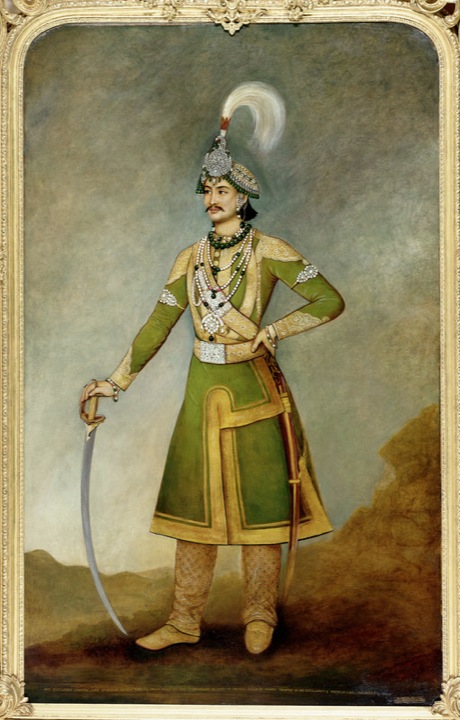 On the way out readers will no doubt notice the ca. 1730 painted and gilded East India Company coat-of-arms; there is also a specially-designed niche in the far corner where stands a handsome bust of Warren Hastings, the famous late eighteenth century Governor-General of Bengal who played a major role in the establishment of British power in India; and on top of the oriental language card catalogues two (empty) manuscript boxes from Southeast Asia. Two much larger examples from Burma and Thailand can be seen in glass cases out on the third floor landing; those with long memories will recall that this space was formerly occupied by three fine eighteenth century chairs from the Company’s Court Room. 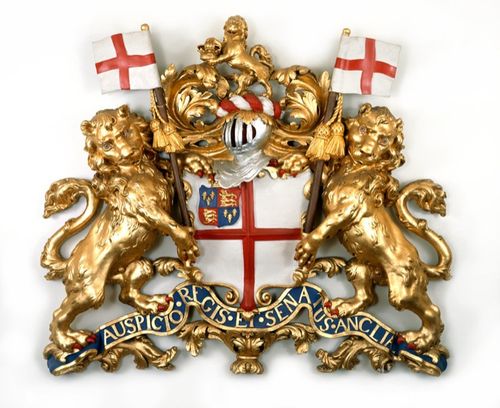 Needless to say the Library possesses far more works of art than it can hope to display at any one time. They are described in detail in our India Office Select Materials, and some can be traced and admired in the Images Online database. High resolution digital images of all 286 of the Library's oil paintings can also be seen on the BBC's 'Your Paintings'. A list with details of the works of art on display in the Reading Room can be downloaded from the following link: Download Works of art in AAS Reading Room.

Looking at original prints and drawings can be arranged for registered readers via a weekday afternoon (14.00-17.00) appointments system by contacting apac-prints@bl.uk. Obtaining copies is the province of Imaging Services. Don’t forget too that the two Sunday tours include a look inside the Reading Room on the one day of the week it is closed to readers.