Preparing a talk recently for the 'Africa Writes' festival at the British Library, I wrestled with how to cover a big chunk of history in half an hour. How to communicate the fascination of the manuscript cultures of West Africa – and just how large these collections are? The story is about so much more than Timbuktu – though that city was indeed a big player in the cultures of learning and literacy that developed south of the Sahara over the second millennium CE. 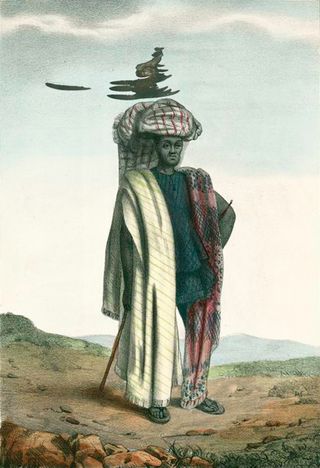 In a way, though, the story tells itself. The manuscript cultures of West Africa aren’t well-known, and they reveal something perhaps rather unexpected about the continent. Trans-Saharan links brought both Islamic learning and a culture of books to great swathes of West Africa, from Mauritania in the north-west to Nigeria and Cameroon in the south-east. Across the region, many collections still survive: around 80 libraries have contributed to the West African Arabic Manuscript Project. 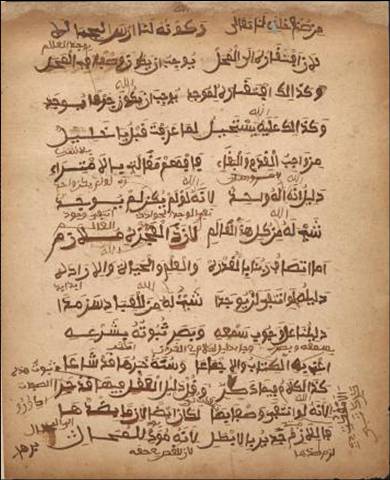 This image, from the British Library’s small collection of West African manuscripts, is a religious poem. Islamic studies and religious literature were the top subjects of interest to West African scholars and students. The Arabic language and legal studies both also generated copious amounts of documents. Then there are manuscripts in other areas including history, astronomy and astrology, arithmetic and mathematics, numerology and amulets, politics, and health and medicine. 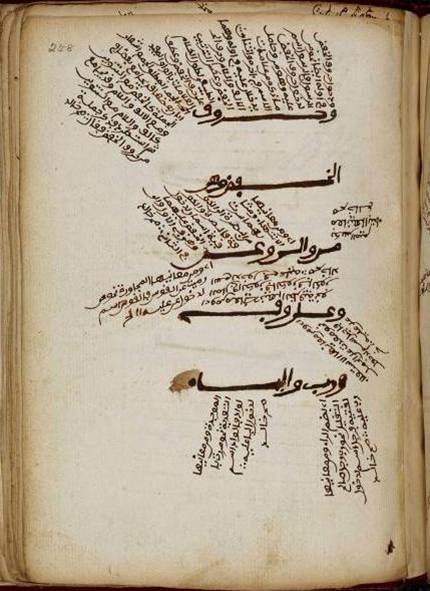 Many West African manuscripts are not illuminated – the artistic interest lies in the calligraphy. But religious manuscripts, particularly Qur’ans, were often beautifully decorated. The image below is from a Qur’an in the British Library’s collections, in the artistic tradition of northern Nigeria / southern Niger. 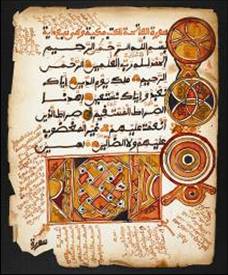 The manuscript heritage of West Africa – and of other parts of the continent, where there were also strong cultures of scholarship – demonstrates conclusively that Africa south of the Sahara was not a continent without writing. Herein lies, I think, much of the reason for the new focus on this heritage – of which Timbuktu is the leading symbol. And in that regard, the news is not all bad: the majority of the manuscripts, we hear, survived the recent troubles and are relatively safe, at least for now.

I’m focusing here on manuscripts from West Africa specifically because the British Library will be holding an exhibition on ‘West Africa: Cultures of the Word’ in 2015. Over the coming months, I’ll be blogging more about manuscripts, and the exhibition. Watch this space (and follow us on Twitter).

Posted by Ursula Sims-Williams at 11:09 AM