Japan400 – Hirado and the British in Japan

This year marks the 400th anniversary of the beginning of diplomatic and trade relations between Britain and Japan. Throughout 2013 a series of events is being organised around the UK under the banner Japan400.

The English ship Brothers and members of its crew depicted by a Japanese artist in 1818 (Or.14755)

To commemorate the anniversary the British Library is mounting a display of material from its collections relating to Anglo-Japanese relations from the establishment of the English East India Company (EIC) trading post at Hirado in 1613 to the opening of Japan in the mid-19th century. The small exhibition includes a letter from King James I to the 'emperor' of Japan, the EIC’s official translation of the charter granted by the retired-Shogun Tokugawa Ieyasu and a letter of 1611 from William Adams, the first Englishman to set foot in Japan, describing his eventful life.

There are also historic maps which reflect the central role played by the island of Hirado in Japan’s external relations in those early years, as well as an illustrated manuscript made by Japanese officials showing a British ship which visited Japan in 1818 and a book published in 1853 with bizarrely antiquated depictions of foreigners. 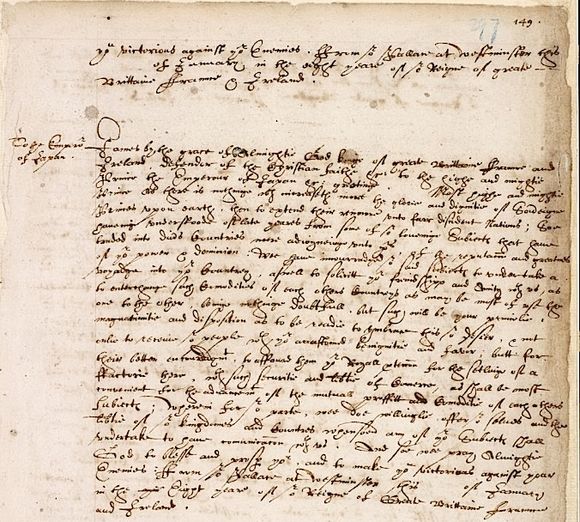 In January 1611 the East India Company dispatched the Clove under the command of Captain John Saris to establish trading links with Japan. After an eventful voyage of over two years the Clove reached the island of Hirado in south-west Japan in June 1613.  Captain Saris brought letters and gifts from King James I for the Shogun including the first telescope to have left Europe. With the aid of fellow Englishman William Adams, who had lived in Japan since 1600, Saris was able to obtain audiences with the Shogun Tokugawa Hidetada and the retired Shogun Ieyasu and successfully negotiated permission to trade. He also received two suits of armour and painted screens as official gifts for King James and this exchange marks the beginning of formal relations between the two countries.

The East India Company set up a trading post or ‘factory’ in Hirado but the venture proved a failure. Advice from Adams over its location and the most profitable goods was ignored and the factory was abandoned in 1623 after only a decade. In response to the perceived threat of foreign influence, from the 1630s the Japanese government strictly limited contact with the outside world and the only Westerners permitted to trade were a small group of Dutch merchants confined to the island of Deshima in Nagasaki harbour. Nevertheless, over the next two centuries British ships occasionally visited Japan - for example the Brothers which arrived in 1818 – seeking to be allowed to trade. All such attempts were rebuffed and it was not until the ‘opening’ of Japan in 1853 that trade and diplomatic relations were re-established.

The display can be seen in the Treasures Gallery at the British Library from 1 August to 26 September. For information about Japan400 and its events see its official website. 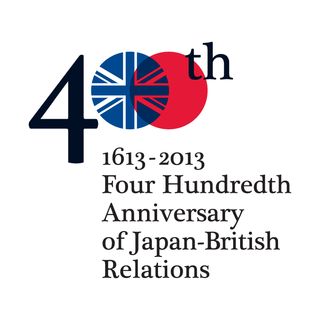