In the late 18th century British and Scottish botanists and surgeons led a movement to document the natural history of the subcontinent. The East India Company, initially established as the British trading company and eventually a major governing power over parts of the subcontinent, recognised the need for this scientific research. Its practice was therefore adopted as official policy and resulted in the collection of rare species of flora and fauna. The specimens were preserved in the newly established Royal Botanic Garden in Calcutta and the Barrackpore Menagerie.

As part of the documentation process, Indian artists were hired to illustrate the scientific specimens. Sets of the watercolours and drawings remained in archives in India, while duplicates were sent to the East India Company’s Library in London. Natural history enthusiasts including Marquis Wellesley, Governor-General of Bengal (1798-1805) and Lord Clive, Governor of Madras (1798-1803) also amassed personal collections of such works.

A selection of watercolours and drawings are currently on display in the British Library's Treasure's Gallery.  Every few months, the display will be rotated.  A few that are currently on view include: 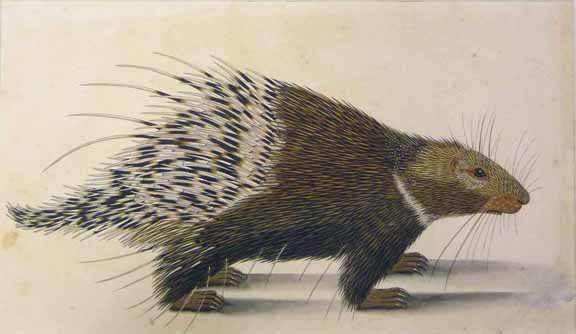 This species of porcupine (Hystrix brachyura hodgsoni) is also known as Hodgson’s short tailed porcupine. These mammals live in forests and grasslands of northeastern India, eastern Nepal, Bhutan, and Bangladesh. Porcupine can grow up to 90 cm in length, they are predominantly nocturnal and survive on fruit and grains. This drawing is part of a series assembled by Marquis Wellesley, Governor-General of Bengal (1798-1805). 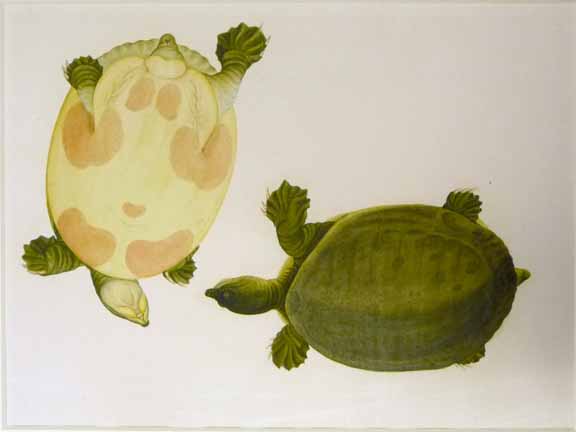 This species of turtle (Lissemys punctata) is indigenous to the North Indian River Plain and parts of Burma and Thailand. They can be found in shallow and stagnant bodies of water, surviving on a diet of frogs, aquatic snails and fishes. The domed shell of the turtle can measure up to 37 cm. This drawing is by a Chinese painter working for the British in Malaysia and acquired by Lord Clive, later 1st Earl of Powis. 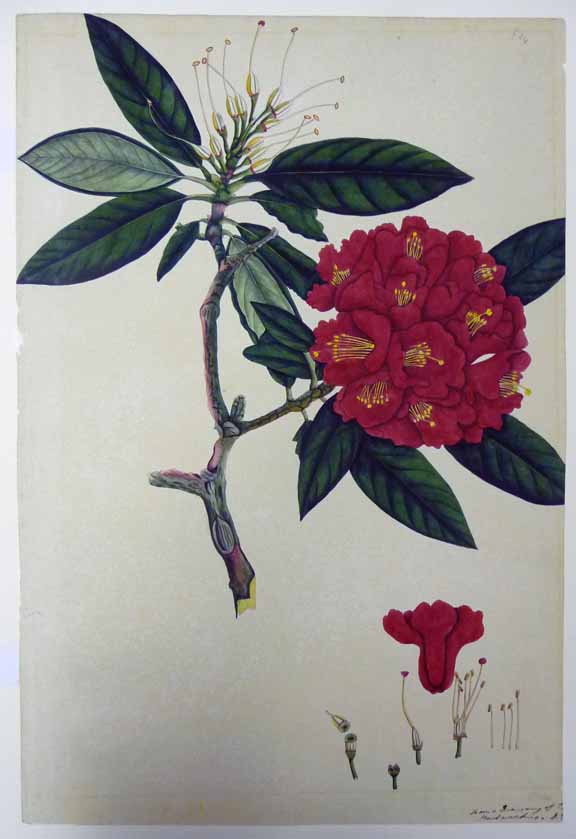 This woody tree (Rhododendron arboreum) is indigenous to north-central India and can grow up to 25 m in height. In full bloom, the scarlet flowers are a spectacular sight. This drawing was copied from an original in the collection of Major-General Thomas Hardwicke, who served in the Bengal Artillery and was a great collector of natural history drawings. Hardwicke’s discovery of this species in 1796 is the basis for the earliest description and identification of this species.

Several items from Hardwicke’s collection, including this drawing, were acquired by Marquis Wellesley, Governor-General of Bengal (1798-1805). The correct identification of this rhododendron was provided by Dr. Henry Noltie of the Royal Botanic Gardens at Edinburgh.