This may seem a rather esoteric title for an Asian Studies blog, but it is hardly surprising in the context of the post-renaissance scholar Athanasius Kircher (1601/2–1680). Kircher, based in Rome from 1635, where he officially taught mathematics at the Jesuit Collegio Romano, was famous as an inventor of the most complex mechanical devices and wrote altogether more than 40 books on mechanics, optics, acoustics, geology, engineering and languages, in particular Coptic and the languages of ancient Egypt. 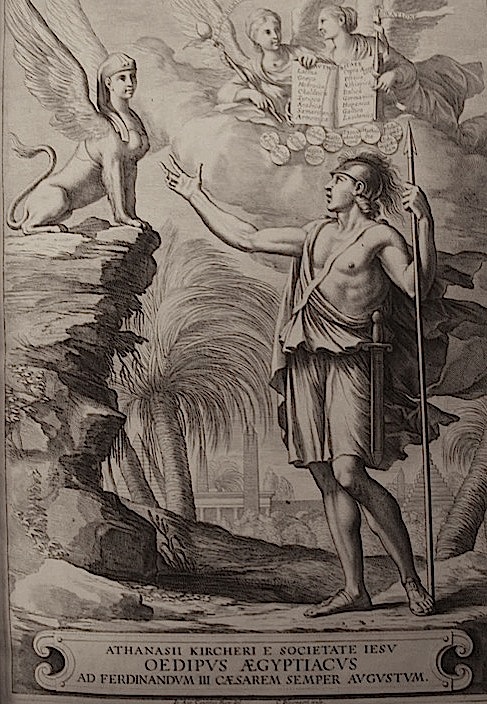 Encouraged by the Society of Jesus to search for a universal language which could be used for teaching the Gospel, Kircher turned to the decipherment of Egyptian hieroglyphs as a possible solution, and devoted the third volume of his three-volume encyclopedia Oedipus Ægyptiacus exclusively to the subject. Kircher believed that Egyptian hieroglyphic obelisks preserved the ancient wisdom of Hermes Trismegistus, and using an immense number of different sources, he thought he had cracked the code. In fact it was it was not until the early 19th century that it was fully deciphered by Jean-François Champollion through his study of the Rosetta stone. 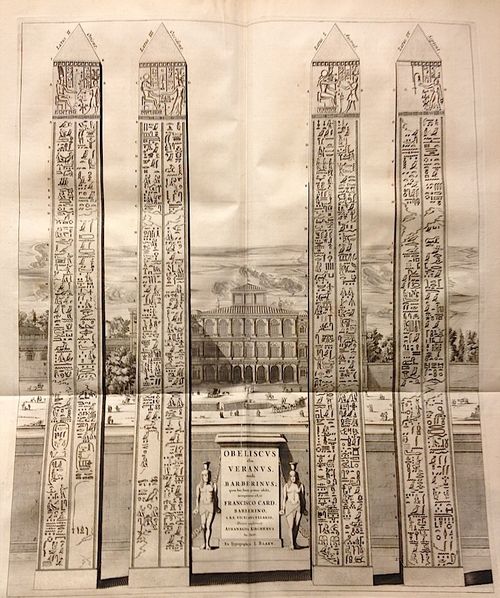 Kircher had a high regard for Zoroaster, whom he equated with Noah’s son Ham. Zoroaster’s oracles ‘effata’ (a collection of Greek verses probably composed by Julian the Theurgist in the 2nd century AD) were, he wrote, very ancient and full of hieroglyphic explanations.

In the context of his interpretation of the Veranus or Barberinus obelisk (now in the Piazzale del Pincio, Rome) Kircher refers to the world as ‘ovum Zoroastræum,’ i.e., Zoroaster's egg. This idea, as Kircher acknowledged, was based on Plutarch’s account of the Zoroastrian creation myth given in chapters 46 and 47 of De Iside et Osiride, in which Orimazes (Ohrmazd/Ahura Mazda), born from the purest light, created 6 gods, and Arimanius (Ahriman/Angra Mainyu), born from darkness, an equal number of rivals. Ohrmazd then created 24 other gods and put them into an egg. Ahriman similarly created 24 opposing gods who pierced the egg, and so it came about that good and evil became mixed together. 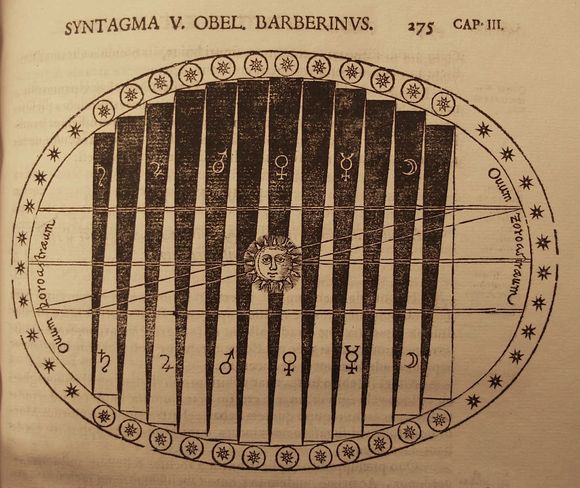 Plutarch's account of the Zoroastrian creation myth is unique in classical literature, listing Ohrmazd's six gods as good will, truth, good order, wisdom, wealth, and the creator of pleasures in recompense for virtues. They partly correspond to the six ‘Beneficent Immortals’ (Amesha Spentas) who play such an important role in the Avesta (the corpus of sacred Zoroastrian texts). The Avesta also includes a reference to the earth as an egg, in a passage in which the sky covers and surrounds it as a bird its egg.

‘Zoroaster’s egg’ and other similar items will be on display in the forthcoming exhibition ‘The Everlasting Flame: Zoroastrianism in History and Imagination’ at the Brunei Gallery, School of Oriental and African Studies London. For more information see my recent post or follow these links to the exhibition website  and facebook page.

Posted by Ursula Sims-Williams at 2:26 PM