The Everlasting Flame: Zoroastrianism in History and Imagination

An exciting project I’ve been working on during the last few months is ‘The Everlasting Flame: Zoroastrianism in History and Imagination’ a new exhibition opening this autumn at the Brunei Gallery, School of Oriental and African Studies London.

One of the world’s oldest religions, Zoroastrianism originated amongst the Iranian peoples in Central Asia during the second millennium BC spreading east along the Silk Road as far as China and south-west to Iran where it was the religion of the Achaemenid kings (550-330 BC) and their successors until the Arab conquest in the mid-seventh century AD. The Zoroastrian sacred texts were composed in the Avestan (Old Iranian) language, but were transmitted orally and were not written down until the late Sasanian period (c. 224-651 AD). Even after that Zoroastrianism remained essentially oral in character with the earliest surviving manuscripts dating from the late 13th century. Central to the religion is the belief in Ahura Mazda (‘wise lord’), his spokesman Zarathustra (Zoroaster) and the dichotomy between good and evil. 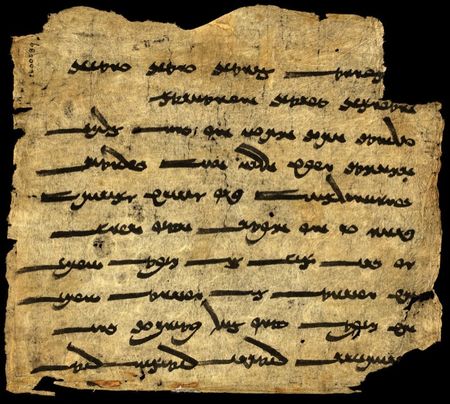 One of the holiest Zoroastrian prayers, the Ashem Vohu, discovered at Dunhuang by Aurel Stein in 1917. Transcribed into Sogdian (a medieval Iranian language) script, this fragment dates from around the ninth century AD, about four centuries earlier than any other surviving Zoroastrian text (British Library Or.8212/84)

This exhibition will be the first to provide a visual narrative of the history of Zoroastrianism and its rich cultural heritage. It will include sections on the spread of Zoroastrianism along the Silk Road, the Judaeo-Christian heritage, and Zoroastrianism in Iran from the Achaemenid empire up to and including the Islamic period. Further sections are devoted to Zoroastrianism in India, the Parsis and the Parsi diaspora. In addition to texts, paintings and textiles the exhibition will include a walk-in fire temple and a 10-metre glass etching based on the cast of the western staircase from the palace of Darius at Persepolis from the British Museum.

The exhibition is being curated by Sarah Stewart (lead curator) together with Pheroza Godrej, Almut Hintze, Firoza Mistree  and myself. As you can imagine, we have been having a wonderful time sourcing material to include. Not surprisingly — since I have been involved  — the exhibition will include a large number of loans from the British Library, which is fortunate in posessing one of the most important collections of Zoroastrian manuscripts. It will run from 11 October to 15 December 2013. A catalogue will be published by IB Tauris and there will be a two-day conference associated with the exhibition, ‘Looking Back: The Formation of Zoroastrian Identity Through Rediscovery of the Past’, on 11 and 12 October 2013.

During the next few months I’ll be writing about several of the exhibits, but meanwhile here are a few select items: 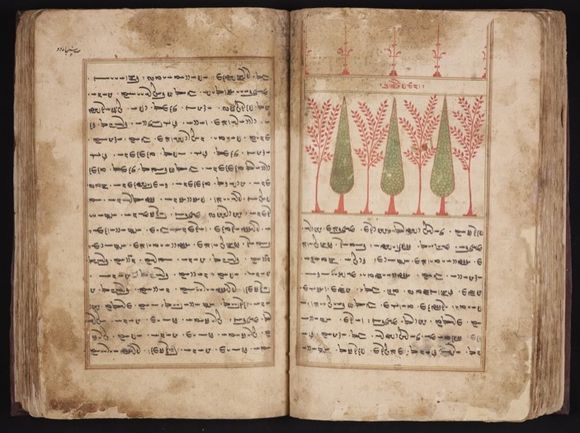 An illustrated copy of the Avestan Videvdad Sadeh, the longest of all the Zoroastrian liturgies. Copied in Yazd, Iran, in 1647 (British Library RSPA 230, ff. 151v–152r) 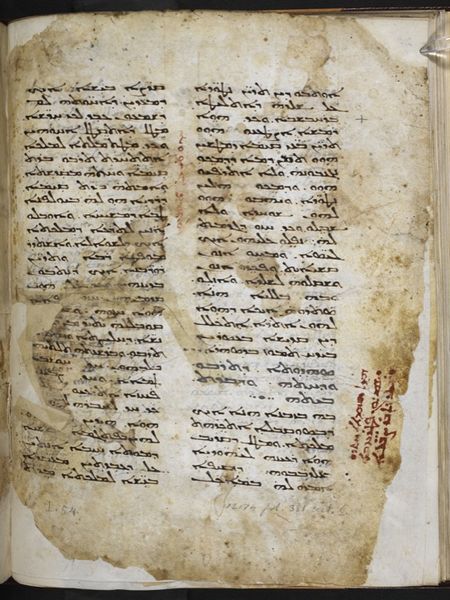 The martyrdom of the lady Tarbo, her sister and her servant who died during the reign of the Sasanian ruler Shapur II (r. 309-379). While the historicity of martyrologies such as this is questionable, they nevertheless represent a literary tradition of the early Christian community which is based on the realities of intermittent persecution under Sasanian rule. This very early Syriac manuscript dates from the fifth or sixth century AD (British Library Add.14654, ff. 13v-14r) 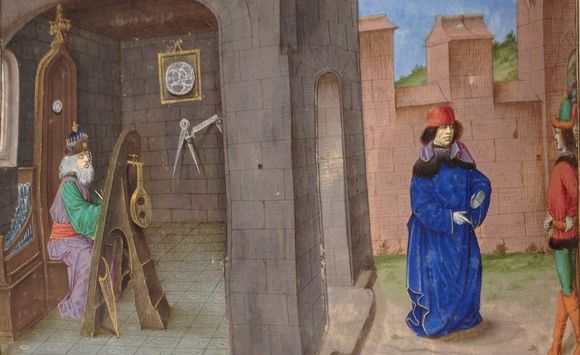 Zoroaster, founder of the seven liberal arts, as portrayed in the French world chronicle, Le Trésor des histoires. Medieval Christian interpretations of Zoroastrianism, based on classical literature, often focussed on the figure Zoroaster who came to be regarded as a master of magic, a philosopher, and an astrologer, especially after the Renaissance, with its increased awareness of Greek and Hellenistic literature. Depicted here at his desk, Zoroaster is described as the founder of necromancy and the seven liberal arts. This copy dates from c.1475–80 (British Library Cotton Augustus V, f. 25v) 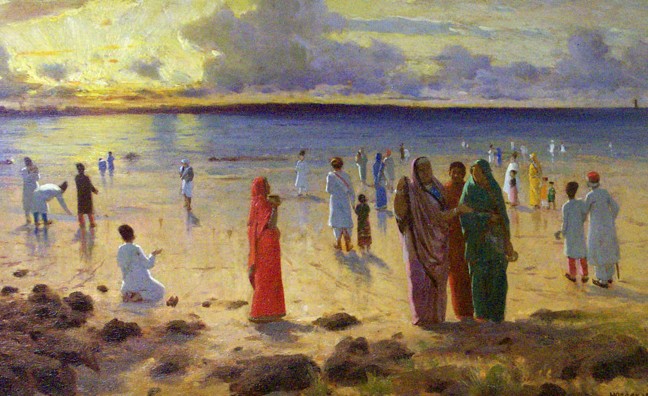 Parsis at prayer, the shoreline of Bombay in the distance. Early 19th-century oil painting by Horace Van Ruith (1839–1923) who visited Bombay between 1879 and 1884 and is known to have established a studio there (British Library Foster 953, detail) Images online

Very interesting to see that Syriac martyrdom text - thank you (not that I have anything against Zoroaster! that material is useful to have as well!)