With the establishment of French colonialism in South East Asia at the end of the 19th century, new social groups began to emerge in Vietnam. Those who collaborated with the regime in land development became landlords while others were recruited into colonial bureaucracy. The new educational system introduced by the French also created a small new elite. These changes, however, had little effect on the social status of the Vietnamese commoners who formed the bulk of society.

Traditionally Vietnamese society consisted of four classes: sĩ (lettered); nông (farmers); công (craftsmen); thượng (tradesmen) (Huard 1954: 163). However this Chinese-modelled class division did not match the realities of 19th century Vietnamese society which consisted of a landed, literate and leisured elite, peasants, a Buddhist clergy and a powerful, alien Chinese merchant class (Woodside 1988: 30-31).  The division between peasants and craftsmen was indistinct. Vietnamese crafts were totally subordinate to agriculture and were undertaken by poor peasants who needed to supplement their income. They farmed their land during the cultivating seasons and worked as craftsmen when they were not engaged in working in the fields. This tradition, which can be traced back a thousand years, led to the development of craft villages in rural Vietnam. (Võ Văn Hòe, Hoàng Hương Việt, Bùi Văn Tiếng 2012: 20). 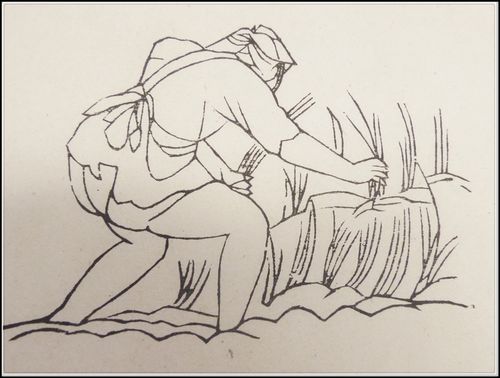 These peasants-turned-craftsmen, however, were not able to develop into a strong merchant class because they were crippled by court bureaucracy which controlled the Vietnamese guilds and could tax their artisans out of business. Village traditions also prohibited dissemination of craft knowledge outside the villages and, more importantly, Vietnamese craftsmen could not compete with Chinese merchants (Woodside 1988: 33). They therefore remained craftsmen and merchants who only traded locally and who were not able to develop their skills on an industrial scale.

Another striking aspect of traditional Vietnamese society was the role of women in everyday life. Confucian traditions placed women’s status behind that of men and Chinese colonial administrators (111 B.C.-A.D.939), and Vietnamese rulers in particular, tried to convince women that they were by nature inferior, that their roles were rigidly circumscribed, that they should always follow and never lead. However, in reality, Vietnamese women took pride in their work, which kept them from succumbing to the dominant ethic implying female guilt or inferiority. Moreover the poorer the family, the more likely the husband and wife were to rely on each other to share tasks (David Marr 1984: 191, 196-197), so both male and female Vietnamese commoners in the 19th century either worked in agriculture (mainly rice fields) or in small craft or petty businesses. They lived in houses which Finlayson observed in 1822 were large and comfortable and usually constructed with mud walls roofed with tiles (Finlayson 1988: 300). They produced a great variety of agricultural products. In contrast, they were able to make a very limited range of craft or industrial products. 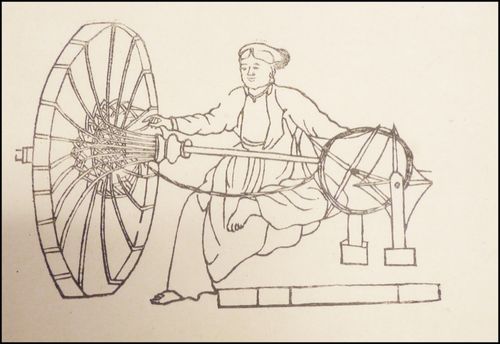 A Vietnamese woman making a parasol. From Henri Oger's Introduction Générale (Or. T.C.4)

The economic and social gap between the elite and the poor masses is very well captured in Finlayson’s narratives. When he met with a mandarin in Da Nang province in September 1822, he wrote:

…a mandarin of respectable appearance came off, accompanied by a considerable number of followers, dressed in uniform. This mandarin was a remarkable contrast to the generality of his countrymen…He was well dressed, …the dress of the poorer class is made of coarse cotton… Shoes also are worn only by the wealthy, and are of Chinese manufacture, clogs, in fact, rather than shoes (Finlayson: 331, 379)

The social pattern of commoners did not change much until the beginning of the 20th century. Because the French aimed to transform Vietnam into a major rice producer on a par with Siam and British Burma, there was no need for a new class of Vietnamese industrial workers. Vietnamese commoners carried on living as peasants and petty workers as they had previously. Not only did the colonial regime do little to transform or improve their living conditions, it pushed them to work even harder in the fields in order to survive taxation and market economy. The French colonial system did not create new areas of industrial economy because it needed to protect its own industries, and as late as the 1930s, only a small number of indigenous people were absorbed into unimportant 'modern' industries such as match, cement, tobacco, paper and alcohol industries (Ngo Vinh Long 1991: 102).

At the end of the 19th and the beginning of the 20th centuries, Vietnamese social and economic structure was divided into two main strata. The upper stratum comprised Europeans, followed by a new emerging Vietnamese elite. These new elites were composed of French educated indigenous administrators, landlords and also wealthy Chinese. The lower stratum, which accounted for 90% of the population, was made up of peasants who were small land-owners. As market economy and heavy colonial taxation were introduced, a large number of these lost their land to landlords or money lenders, and became tenants who had to supplement their income by taking extra jobs, such as being seasonal migrant workers or coolies in urban areas. 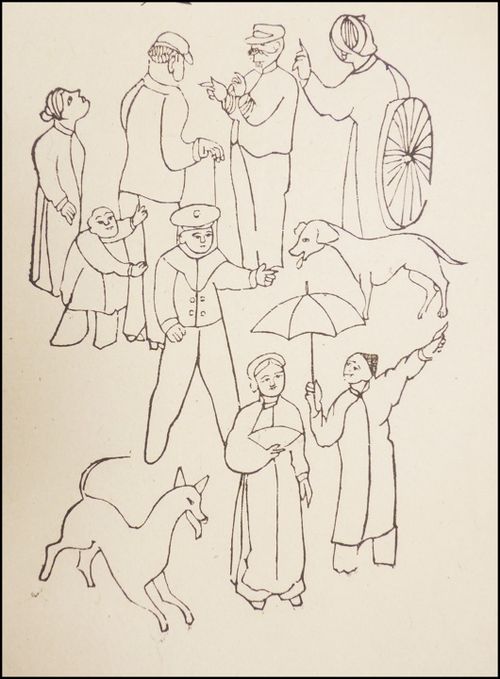 Although Vietnamese historical records contain accounts of Vietnamese commoners, they are sketchy. It was not until the beginning of the 20th century that their daily life was comprehensively recorded owing to the painstaking efforts of Henri Oger. Oger was a French colonial officer who worked in North Vietnam between the end of 1907 and 1909. Even though he was quite young when he was posted there, he developed a strong interest in the country’s history and civilisation. He commissioned about 30 wood carvers to draw and engrave designs depicting every aspect of Vietnamese life and society. The result of this pioneering work was his ten volume Introduction Générale a L’étude de la Technique du Peuple Annamite, published in Paris and Hanoi between 1909 and 1911. The illustrations vary from work in the rice fields, market scenes to various craft industries.

The Vietnamese Collection at the British Library is fortunate in having the complete set of Henri Oger’s work (Or.T.C 4) as only 60 copies were originally printed and only a few institutions have a complete set. It was his work that inspired me to work on this article, helping to illustrate my points more effectively than written descriptions alone.