Little was known of the Silk Road until archaeologists uncovered ancient cities in the desert sands, revealing astonishing sculptures, murals and manuscripts. The Buddhist cave library near Dunhuang in western China was one such remarkable discovery. Sealed around AD 1000 and only re-discovered in 1900 it contained over forty thousand manuscripts and paintings. Other sites have yielded tens of thousands more artefacts. These unique items have fascinating stories to tell of life on this ancient trade route. Owing to international archaeological activity most, however, were dispersed in the early 1900s to institutions worldwide.

The International Dunhuang Project (IDP) was formed in 1994 by the major holding institutions with the vision of reuniting these artefacts through digital photography, using web technologies to make them freely accessible to all and ensuring international standards for their preservation and cataloguing. Directed by a curatorial and imaging team at the British Library, IDP UK went online in 1998 and multilingual websites hosted by IDP partners soon followed, starting with IDP China in 2002. The international teams have an immense task but their work in conserving, cataloguing and digitising the manuscripts, paintings and artefacts has started to give a voice to the people who once lived in the cities, worshipped in the temples and traded in the markets of the Silk Road.

Hundreds of thousands of images of manuscripts, paintings, textiles and artefacts along with catalogues, translations, historical and modern photographs, explorers’ archives and more are already freely available to all on IDP’s multilingual website and are widely used by scholars, schoolchildren and others.

As part of its 20th anniversary celebrations, IDP will be arranging a series of events over autumn 2013 to spring 2014. These will include an exhibition of photographs, a conservation show and tell, an afternoon of lectures and a reception, a selection of twenty favourite items from IDP’s patrons, partners, supporters and users, and a special edition of our newsletter, IDP News. Further details will be announced shortly and will also be publicised on the IDP home page, the IDP blog and our Facebook page.

Our launch event will be a lecture given by Tim Williams (UCL). ’Mapping the Silk Road’ will take place at the British Library Conference Centre (map) on November 1 2013 at 6.30pm. Entrance is free and all are welcome. For further details and online booking visit the British Library What's On pages. 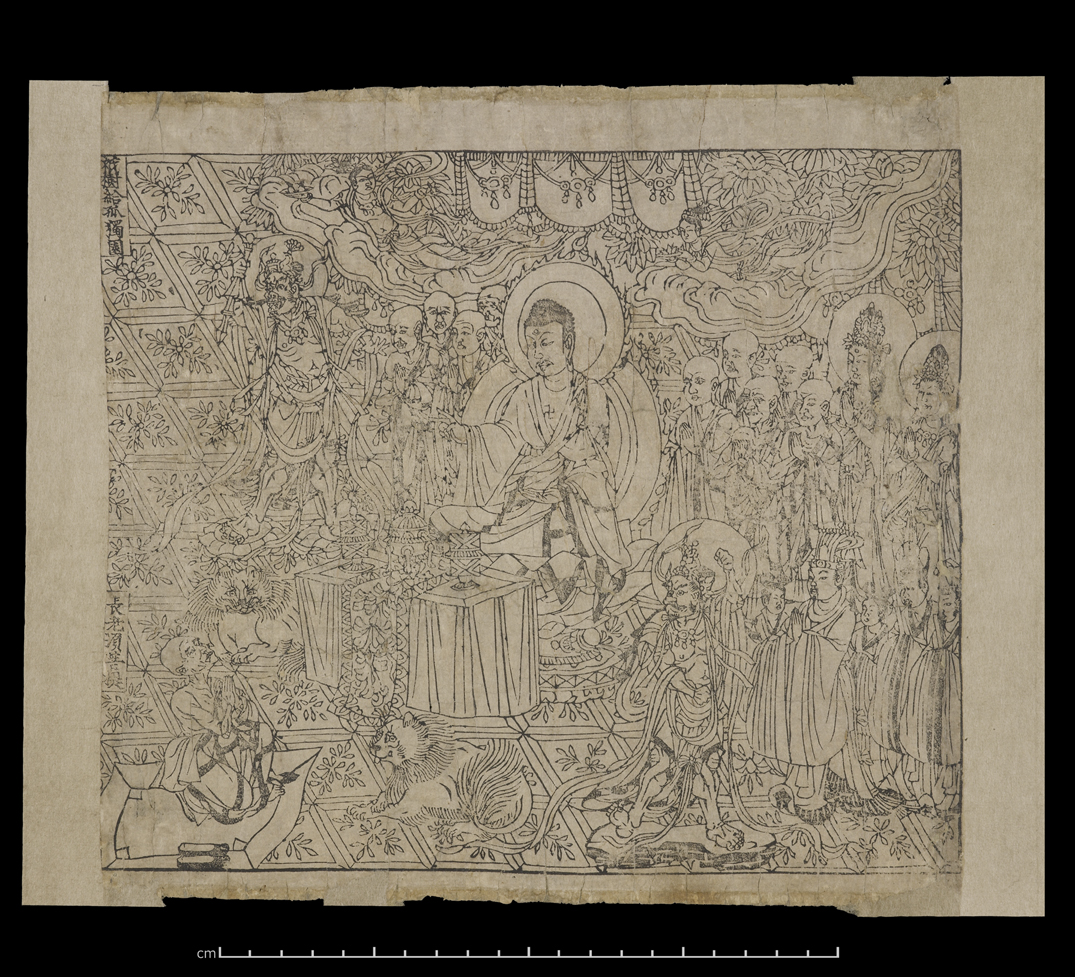 Frontispiece of a printed dated copy of the Diamond Sutra.

IDP is dependent on external funding. Our work so far has been enabled by the generous and loyal support of individuals, foundations and funding bodies worldwide. Your help is essential. You can donate directly online, Sponsor a Sutra or if you wish to discuss support of a major project please visit the IDP website to contact us.