Sometime around the year 1400, a prince from Sumatra named Parameswara founded a settlement at the mouth of the Melaka river on the west coast of the Malay peninsula.  Soon after one of his successors embraced Islam, and Melaka grew to become the greatest Islamic kingdom ever seen in Southeast Asia. Known as the ‘Venice of the East’, its spice trade attracted merchants from as far away as Arabia, India, China and Japan.  Such a honeypot proved irresistible to the Portuguese, who were the first Europeans to navigate around the Cape of Good Hope into the Indian Ocean.  Not content simply to join in the bustling trade, the Portuguese instead attacked Melaka and captured it in 1511. 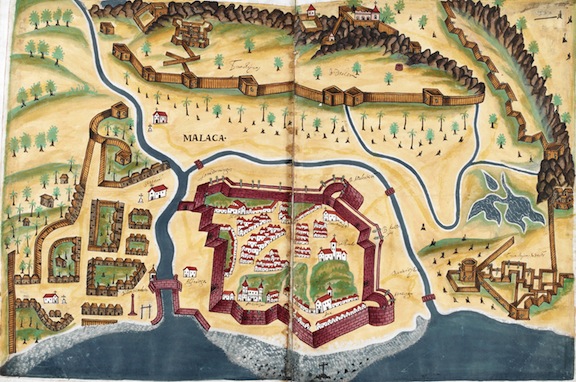 The Malay sultan, Mahmud Shah, fled southwards to Johor. As the exiled court began to face up to the realization that their enforced sojourn in Johor would not be temporary, it became ever more urgent to record for posterity the still-vivid memories of Melaka’s magnificence.  A chronicle was envisaged that would testify that the sultan and his kin now settled on the upper reaches of the Johor river were descended from a glorious line of Malay kings, originating in south Sumatra from the site of the ancient empire of Srivijaya, who had gone on to found at Melaka the richest emporium in Southeast Asia.  It so happened that the court official charged with the task, Tun Seri Lanang, was the greatest Malay writer of that or perhaps any period, and he produced what is now regarded as a masterpiece of Malay literature.

Entitled in Arabic Sulalat al-Salatin, ‘Genealogy of Kings’, but popularly known as Sejarah Melayu or the ‘Malay Annals’, this work is not only a literary triumph but also a handbook of Malay statecraft, outlining the solemn covenant between the ruler, who promises never to shame his subjects, and his people, who undertake never to commit treason (durhaka).  More than thirty manuscripts of Sejarah Melayu are known, with numerous different versions of the text, some designed to bolster the credentials of other Malay kingdoms by claiming links with the illustrious royal line of Melaka.

The enduring popularity of the Sejarah Melayu also lies in the skill of its author in addressing key historical episodes and refashioning these invariably to the greater glory of Melaka.  In one celebrated anecdote, when a delegation from Melaka visited China, all had to bow low and were not allowed to look at the Emperor’s face. When the Emperor enquired as to what food they liked, the crafty Malays specified kangkung, spinach, not chopped up, but left long.  They then ate the kangkung by lifting each strand up high and lowering it into their upturned mouths – thus enabling them to lift their heads and gaze upon the Chinese emperor! 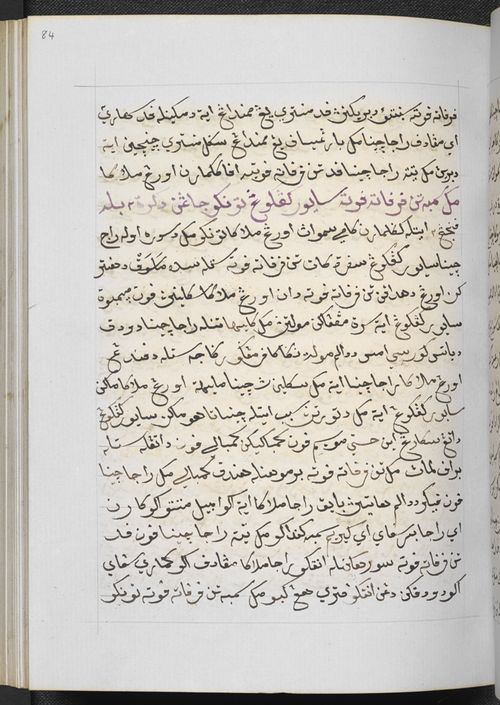 Sejarah Melayu: how the Malays ate kangkung (spinach) at the Chinese court, thereby managing to steal a glance at the face of the Emperor.  British Library, Or.14734, f.84r.

There are two manuscripts of the Sejarah Melayu in the British Library, Or.16214 and Or.14734, which has just been digitised.   This manuscript was copied in Melaka itself in 1873, by which time the site of the great Malay sultanate had passed through the hands of a whole series of European colonizers, from the Portuguese to the Dutch and then to the British.  It bears the name of E.E. Isemonger, who served as Resident Councillor of Melaka in 1891.