The Shah of Iran's Copy of ʻA Gift to Kingsʼ

An unusual and intriguing piece of history which the British Library was fortunate enough to acquire in recent years is this exquisite copy of the Tuhfat al-muluk, ‘A Gift to Kings’, purchased at a London auction attended by numerous Iranian expatriate congoscenti. 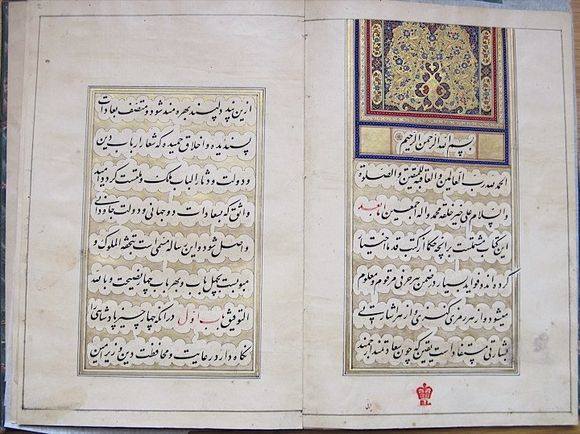 This Persian tract on principles of ethics and government comprises forty brief sections (bāb), each containing four brief maxims, all ʻselected by sages from the books of the ancientsʼ. It is also known by the title Tuhfat al-vuzara, ʻA Gift to Viziersʼ. The author is unknown.

The present manuscript was written and illuminated by or for Sayyid Yusuf Majd al-Udaba, and illustrated by his son, for presentation to the heir apparent, Prince (later Shah) Muhammad Riza Pahlavi (reg. 1941-1979). This is evident from two inscriptions in illuminated panels at the foot of f. 8v (Taqdimi-i Sayyid Yusuf Majd al-Udaba, ‘Presented by Majd al-Udaba’) and at the head and foot of f. 9r (Dirakhshan shud az burj-i khvurshid mah / Muhammad Riza shud vali-‘ahd-i Shah, ‘The Moon shone radiant from the Sign of the Sun / Muhammad Riza became Heir Apparent to the Shah’), together with the presence of his portrait on f. 9r. The portrait, in pencil, is signed by Sayyid Husayn, son of Majd al-Udaba, and is dated 1304 shamsi/1925-6, which is probably the date of copying.  This manuscript was probably produced at or near Tehran. 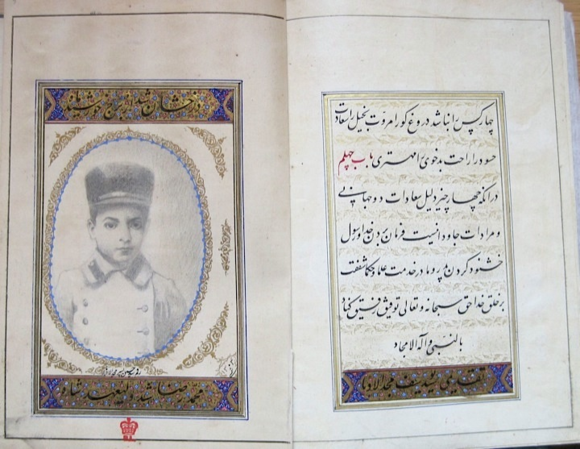 It may be of interest to quote a few of the maxims presented for the edification of the future sovereign: ‘Chapter Twenty-Eight: That four things are injurious to a sovereign: tyranny in a prince, negligence in a vizier, treachery in a secretary, humiliation of a prisoner, and oppression of the lowly’. (Here either the author’s arithmetic or his adherence to the quaternary formula has lapsed.)  ‘Chapter Twenty-Nine: That four things do not last: an unjust ruler; an old man without sense; unlawful property; and the passing days’.

Posted by Ursula Sims-Williams at 9:11 PM