Another Malay ‘Mirror for Princes’

Last month I wrote about Or.13295, a beautiful manuscript of the Taj al-Salatin, ‘Crown of Kings’.  The Taj al-Salatin is a 17th-century Malay work modelled on the Persian genre of ‘Mirrors for Princes’, texts containing moral and ethical advice on good governance for rulers. Or. 13295, which was copied in Penang in 1824, is one of the finest illuminated Malay manuscripts known, and all my attention in that blog post was focussed on its artistic aspects: the exquisitely decorated frames, the accomplished and neat hand of the scribe, and the deluxe binding of red leather and gilt.

The British Library also holds another manuscript of a shortened version of the Taj al-salatin, Add. 12378, which is much more typical of most Malay manuscripts in being quite plain in its presentation, the lines of text in black ink only enlivened by occasional dashes of red to highlight certain words, for example to indicate the start of a new section. Again, as is the case for most Malay manuscripts, there is no indication of where or when it was copied, but in view of the use of English paper watermarked ‘1803’ and ‘1806’, and the characteristic ‘Kedah’ shape of the letters jim, ca, ha and kha, it is likely that this manuscript was also copied in Penang, where its later owner, John Crawfurd,  was based from 1808 to 1811 in the service of the East India Company. 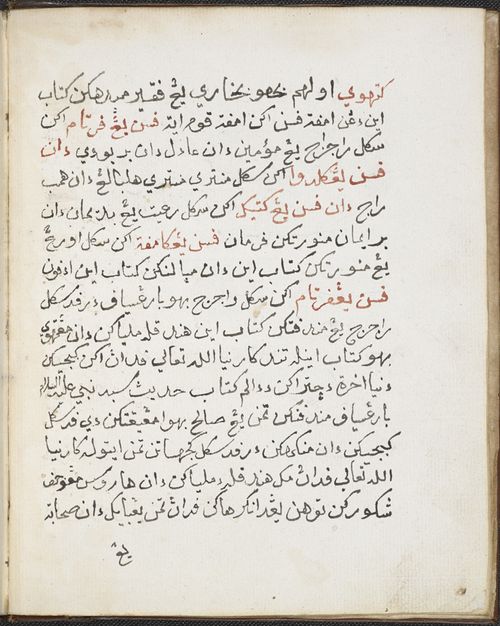 Without the distraction of any beautiful decoration, we can focus on the contents of this text, which was written by Bukhari al-Johori in Aceh in 1603.  Its advice on ideals of behaviour for kings, ministers and subjects is illustrated by Qur’anic quotations and through anecdotes (hikayat) about role models such as ancient Sassanian kings, Islamic prophets and the early caliphs, with many references to Persian and Arabic works.  Taj al-Salatin became one of the most popular works in the Islamic courts of the Malay archipelago: over twenty Malay manuscripts are known, as well as translations into Javanese, and it was printed in Batavia (present-day Jakarta) by a Dutch scholar as early as 1827.  The full text of ‘The Crown of Kings’ contains 24 chapters, arranged in four sections, three major and one minor, and the scholar Vladimir Braginsky has suggested that the structural arrangement of the text can be likened to the shape of a traditional Persian crown itself (as depicted in the miniature below from the Shahnama), with the concept of justice as the apex from which radiate outwards the main sections of the text, and their further subdivisions. 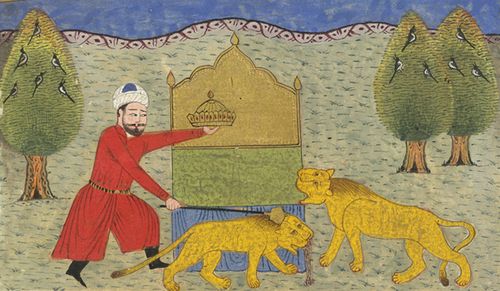 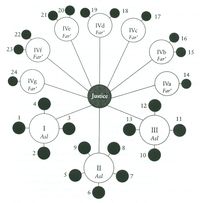 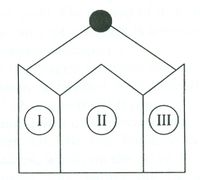 Schematic representation of the structure of the Taj al-Salatin, recalling the radial form of a traditional Persian crown, with the concept of justice at the apex, by Braginsky (2000: 201).  Reproduced with permission from the author.

Chapter 12 of the Taj al-Salatin is devoted to the behaviour of envoys and diplomats, and their need for honesty and integrity.  A good example of the narrative style of the Taj al-Salatin is a cautionary tale retold from the Hikayat Iskandar Zulkarnain, of when Iskandar sent an envoy to King Dara.  On his return, the envoy read out Dara’s reply.  Something struck Iskandar as being suspicious, and he ordered another envoy to write down the statement and report the matter back to Dara.  The letter was returned to Iskandar with the offending word cut out, and Dara’s reply, ‘I cut out the word in the letter because that word is not my word. When I read your letter, your envoy was not present, otherwise I would have had his tongue cut out of his mouth, and so instead I have had the word cut out from the letter (Bermula aku mengeratkan kata ini di dalam surat itu karena kata itu bukan kataku, dan tatkala kubaca surat itu tiada ada hadir pesuruhmu supaya kusuruh kerat lidah pesuruhmu itu, maka aku mengeratkan kata itu yang bukan kata aku).’  Iskandar summoned the offending envoy and, as punishment, ordered his tongue to be cut out.

Both manuscripts of the Taj al-Salatin are amongst nearly fifty Malay manuscripts in the British Library now fully accessible online on the Digitised Manuscripts site.

Posted by Annabel Gallop at 9:18 AM