Islam, Trade and Politics across the Indian Ocean

Southeast Asia has long been connected by trade, religion and political links to the wider world across the Indian Ocean, and especially to the Middle East through the faith of Islam. However, little attention has been paid to the ties between Muslim Southeast Asia – encompassing the modern nations of Indonesia, Malaysia, Brunei, Singapore and the southern parts of Thailand and the Philippines – and the greatest Middle Eastern power, the Ottoman empire. 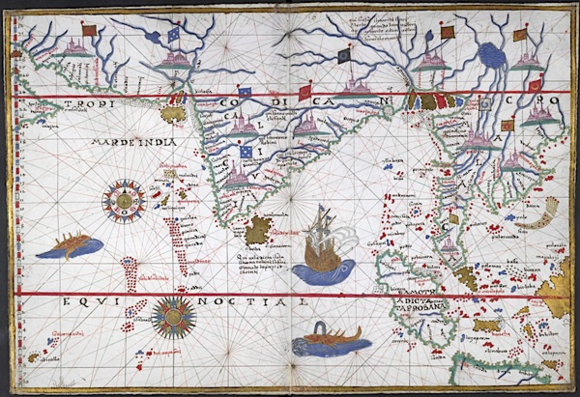 The Indian Ocean world in the 16th century, from an Italian portolano.  British Library, Harley 3450, no.6

In 2009, the British Academy funded a three-year research project Islam, Trade and Politics Across the Indian Ocean, administered by the Association of South East Asian Studies in the UK (ASEASUK) and the British Institute at Ankara (BIAA).  The project set out to investigate all forms of interaction between these two regions, from political, religious, literary and commercial exchanges to mutual influences in material culture, and culminated in a conference, From Anatolia to Aceh: Ottomans, Turks and Southeast Asia, held in 2012 in Banda Aceh in conjunction with the International Centre for Aceh and Indian Ocean Studies (ICAIOS).  The results of the research project have also been presented in a photographic exhibition produced by the British Library, which has been shown in Durham, Leeds, Cambridge, Leicester and Exeter.  Today the exhibition opens in London at its final UK venue, in the John Addis Gallery of Islamic Art at the British Museum.  Turkish and Indonesian versions of the exhibition have also been produced, and are currently on display in Istanbul and Aceh.

The Ottoman lands were known in Southeast Asia as Rum, after the Arabic term for the Roman empire.  The Raja of Rum occupies a fabled position in Malay, Acehnese and Javanese epics, and the ruling houses of Kedah, Johor, Perak and Jambi all traced their descent from Rum. In Turkey similarly exotic imaginings existed in parallel with concrete geographical knowledge, and well into the 18th century Ottoman artists continued to illustrate medieval texts describing mythical inhabitants of Southeast Asia. 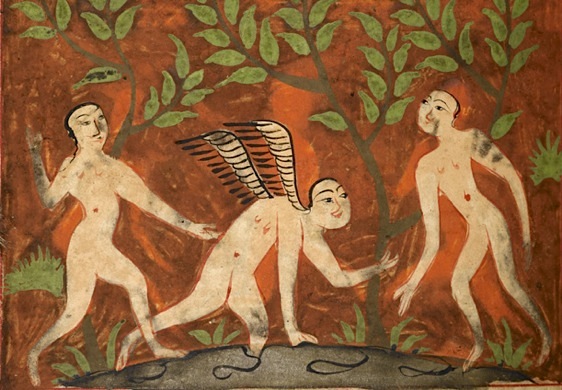 The main periods of direct political contact between Southeast Asian states and the Ottoman empire took place in the 16th and 19th centuries, with a long hiatus in between.  But after the Turkish conquest of Egypt in 1517 and until the early 20th centuries, the two holy cities of Islam, Mecca and Medinah, were under Ottoman control.  During this period, the main conduit for contact between the Ottomans and the Malay world was the annual Hajj pilgrimage.  Many Muslims from the Malay archipelago lived for long periods in Mecca, where they were known as the Jawi community. When they returned to Southeast Asia they brought back as souvenirs highly-prized Ottoman goods such as manuscripts, textiles and carpets.  Thus Ottoman motifs such as the tughra or royal monogram, and distinctive calligraphic styles such as zoomorphic and müsenna mirror writing, found their way into Southeast Asian art forms including batik textiles and woodcarvings.  The two-bladed sword of the Prophet called Dhu al-Faqar, so evident in Ottoman war flags and pilgrim banners, is also found on flags from Aceh, Siak, Riau and even Sulu in the southern Philippines.

Reproduced in the ten exhibition panels are documents from the Prime Ministry Ottoman Archives (Başbakanlık Osmanlı Arşivi) in Istanbul, including newly-discovered royal letters from Malay rulers to the Ottoman sultan, addressed as the khalifah and protector of Muslims worldwide.  Manuscripts, maps and drawings from the British Library and other institutions also testify to links between the lands of the Ottoman empire and early republican Turkey, and the Muslim peoples of Southeast Asia, from the 16th to 20th centuries. 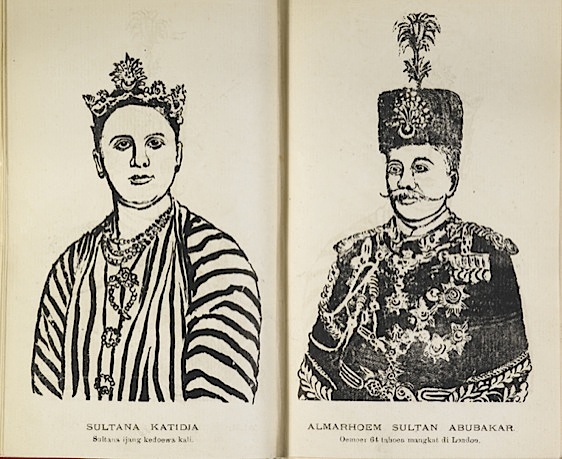 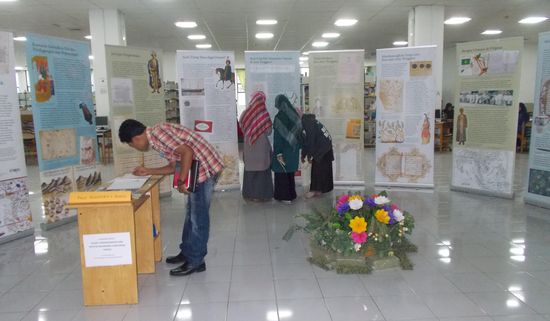 The Indonesian version of the exhibition on display in the Library of Universitas Syiah Kuala, Banda Aceh, September 2013.  Photograph courtesy of ICAIOS.

For a list of publications on Ottoman links with Southeast Asia, see:
http://www.ottomansoutheastasia.org/bibliography.php